In this article, ten of such common mistakes usually observed in the mobile app development business.

Developing a mobile app is not easy. A single mistake is enough to make sure the tonnes of coding generated after months of hard work becomes useless in no time. With the mobile app development market growing tenfold globally, more and more businesses have opted for a mobile app to boost their marketing tactics. Almost 3.8 million apps on Google Play Store, 2 million in the Apple App Store, 430k in the Amazon App Store, and 669k in the Windows Store are numbers good enough to prove the last statement. According to a report by Forrester, mobile-influenced offline spending had breached the $1 trillion mark by 2017 itself, which is why companies do not mind spending a hefty sum on getting a mobile app developed.

With so much relying on the miniature looking mobile apps, a mistake from a mobile app developer’s end is something unacceptable. Be it the company that asked for the app’s development or be it the user bound to use the app, an error-prone app is something they all despise. Even a slight lag or disinteresting UI can see the users ending up with some other alternative app from the millions available to them. To ensure the efforts of a mobile app developer do not go wasted, it is more than necessary to make sure every single aspect is looked after with utmost care. Of course with the market growing every day, the demands vary. Mobile app developers often fail to cope with those variations and end up making a few common mistakes. Here are ten of such common mistakes usually observed in the mobile app development business.

1. Not Following a Constant Plan

Starting from the very start of it, companies often fail to lay out a plan of reaching the desired result and tend to focus more on the result itself. While doing so, they miss out on many important whats, hows, and whys. What is their target audience like? What are the trends going around? How is their app going to stay around in the app? How is the app better than the other identical ones? Why are they developing this app? Why should a user choose this app over any other app? Planning the development of an app thus becomes an important aspect to ensure that the final product ticks a green on every quality checkbox. If you not sure about this hire a mobile app consultant to write a mobile app strategy behalf of you.

It takes tonnes and tonnes of codes to be written while developing just one interface of a mobile app. While developing the second one, developers often tend to take the shortcut and just copy paste the entire thing, of course changing it in bits and pieces as needed. At times they copy and paste elements from other similar apps, hoping their app will work as fine as the original one does. That leaves too many voids for the bugs to settle in and destroy the app when it hits the market. Of course, when you don’t know what the code is, it will be next to impossible to locate the bug and fix it, meaning your app will just be a waste of your client’s money and time. Though time-consuming, it won’t be wrong to say that writing your own codes is the only right way of developing a mobile app.

3. Developing For Too Many Platforms

If you had a proper plan while developing a mobile app, you are likely to avoid this mistake. However, with almost every platform now as popular as the other, companies fail to identify the correct platform for them and end up developing on all possible platforms at once. That can be avoided by analyzing the requirement and market trend first. For instance, if your mobile app is expected to reach a larger audience, it would be better to build it on Android, as the number of Android users still outnumbers iOS users around the world. If your app needs its users to pay for you, iOS becomes the better option as they’re way ahead in making in-app payments than their fellow android users. Further still, if your app demands you to build it across multiple platforms, it will be better to build it on one platform at a time as that will give you time to analyze what can be bettered and what should be avoided on other platforms.

4. Not Considering The Target User Base

Snapchat is one classic example of how limiting your target audience can help your app grow even if there are a few negative comments pouring in. It is a necessity to analyse the audience your app is going to target and then make your app features more friendly to their habits and cultures. People tend to use apps they feel more accustomed to. According to TechCrunch, people on an average use only 9 apps daily and around 30 apps monthly. The content within those 30 differ from region to region and hence, analysing the target audience makes it easier for you to make the cut.

5. Focusing Only On Downloads

What is the ultimate consequence of an error-prone app? Arguably the fact that it fails to stay in the market despite getting installed because of the money-driven marketing. While developing a mobile app, it is necessary to keep in mind what can be done to keep the app useful for its users even after months of its initial release. 10 people installing and loving the app is much better than 100 people downloading followed by 99 uninstalling it with a negative feedback. Keeping a track of the app even after releasing it in the market is a must to make the app a success.

6. Including More Features Than Needed

I need an app for sending and receiving messages. If that app starts giving me shopping options, money transfer options, entertainment options, I probably won’t mind uninstalling it and replacing it with an app and does just what I want and saves some space on my smartphone. Users have a limited storage available to them and hence, picking up the right app is more crucial to them than what the developer thinks. Optimizing the app size is often not considered to be an important aspect while developing a mobile app. Restricting the app to what is needed from it gives the developers a great opportunity to optimize the app and make them with size users would love to use.

7. Ignoring Intense Testing Of The App

Companies have segregated testers from the bunch of developers they have in their arsenal and they’re mostly the best of the lot. Why is it so? Probably because testing is by far the most important step in developing a mobile app. However, with requirements specified, developers tend to test the app for the given set of constraints and make the app’s usage fairly limited. If the target audience is specified to be around a million, they’ll test the app for just around 1.5 million people. A spike in the number of users thus ends up with the app crashing every now and then and ultimately ending up in the fag end of the market.

8. Not Rolling Out Timely Updates

An app updated too often and an app updated once in ages end up getting the same treatment. They’re often ignored by users. There is that thin line of rolling out the right update at the right time which is something development companies need to understand and hold on to for making the app a success that will last for years. Updates should target two basic aspects, addressing user grievances and including the recent trend changes. This will make sure no competitor manages to breach into your territory and replace your app.

9. Not Following The Right Marketing Plan

What is the right marketing plan? One that ensures the app reaches the right audience and keeps them informed about how important the app can be for them and how important they’re for the app. Marketing an app is not just about bringing in the initial downloads, many people don’t even have that too, but is more about keeping the right in good stead for the long run. Marketing should not involve ROI for any reason. Expecting an instant return often makes a company believe that they’ve followed the wrong marketing tactics. The best way to save all your development efforts is by making sure you have a proper marketing plan in place with a certain target fixed for every stage of the app’s journey from the developers to the end users.

Must Read: How to respond to negative reviews on Google play store or Apple App Store

Believing they’re perfect is the biggest mistake a company can make. Biggest platform for mobile apps, Android, is open sourced, which leaves any app developed on it vulnerable to many slip-ups. If a user takes out time to address those slip-ups, he is probably helping you out and not trying to bring you down. When developing a mobile app, you are bound to be open to mistakes. Ruling out mistakes is not possible, but accepting and addressing them to bring down the number of mistakes surely is.

We believe accepting a mistake is the first step of addressing them. Analyzing what is going around in the market helps AppTrait Solutions’s mobile app developers realize where they’re supposed to focus more in order to deliver the best possible results. The developers at AppTrait Solutions make sure their work is entirely mistake-free to give the company an inch-perfect app. So, if you did hire some development company and experienced them committing the mistakes listed above, head up for AppTrait Solutions for a better experience next time around! 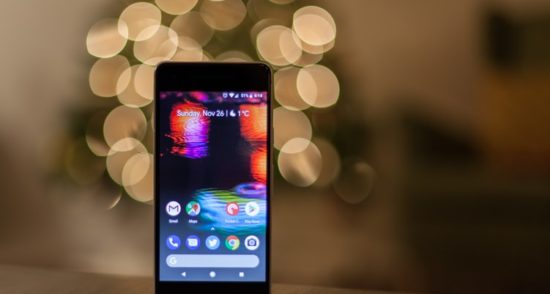 Avoid These Common Mistakes for Your Next Mobile App 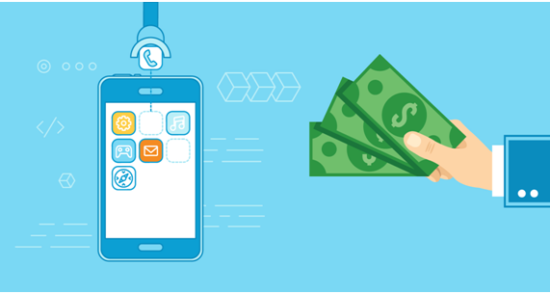 The 7 Biggest Factors That Affect Your App Development Costs