With offices in Manchester and Lisbon, we often get asked the question: why Portugal? Discover why Portugal has become Europe’s digital hot spot.

The British market has been saturated for quite some time now. It’s struggling to find qualified manpower and it’s expected even more specialists will be needed in the next coming years. Meanwhile, the Portuguese economy is booming, especially the marketing industry, with big companies like Google, Vodafone, and Amazon already investing in the Portuguese tech business.

The country is the home of the largest tech conference in the world (WebSummit) and listed as one of the developed market locations for IT and marketing experts outsourcing. English companies are noticing this growth as well, and more and more are choosing to move their online activities to Portuguese marketing agencies. In the past, offshoring was the first thing that came to mind if you were talking about outsourcing services.

However, nearshoring marketing teams are becoming a more prevalent option for companies as the advantages of offshoring are diminishing. So here are 5 reasons why so many English companies decide to work with digital experts in Portugal.

The problem most companies are facing while working with remote teams is that they don’t want to compromise on quality. However, Portugal has highly-skilled, experienced and qualified marketing and engineering teams. According to the IMD world competitiveness 2018 yearbook, Portugal scored 11thon digital/technological skills out of 63 countries around the world.

The country scores high on language skills as well. Their English level is better than the average in Europe. So whatever your project needs, it can be achieved by the intelligent companies from Portugal. Google is the most recent giant saying it is installing a digital hub in national territory, but it is not alone. Daimler and Uber have already accelerated to Lisbon, and Netflix is also coming this year. Euronext, Vestas and Fujitsu chose the north of the country and Amazon could equally be approaching.

As we write this, the German car manufacturer is already searching for 100 developers to work in Mercedes Benz.io Portugal, the most recent digital hub of Mercedes in Lisbon.  This is the first supply center of digital services and global software solutions from Daimler, Mercedes’s mother-company, worldwide. The focus of the brand will be on marketing, sales, and services. There are only two other Daimler centers in Europe: one in Stuttgart and another one in Berlin, both in Germany.

Microsoft has long seen the Portuguese capital city’s potential. Twenty years ago, it built a support center for Europe, the Middle East, and Africa. But in the last four years, the big leap occurred: it grew more than 800%, from 50 to 350 employees. “This is only possible because there is talent in this country”, the company underlines. Microsoft, who happens to be one of our clients in the Portuguese market, invests around 33 million per year in this center alone.

Portugal offers good technology skills, good infrastructures (WiFi is typically a commodity in every city, and 4G coverage reaches 85% of the territory), capable workers and cost that is much lower than in the United Kingdom, the Netherlands or Ireland. The cost structure is quite competitive in terms of labor costs and cost of living, allowing to minimize pound decline effects.

According to Doing Business 2017 from the World Bank, Portugal ranks number 15 in the overall quality of infrastructure and number 24 in the air transport infrastructure; 99.8% of households have fixed broadband coverage. Furthermore, externalizing marketing and technology solutions is proving companies with a much less costly solution than permanent recruiting and increasing headcount.

Overheads and benefits are also significant costs that a business manager has to face, and Portugal is still a niche amid Europe’s increasing rent costs, infrastructure, and labor. By 2020, Portugal is developing a more competitive, sustainable, creative and internationalized economy by increasing the knowledge and technology intensity of the various sectors and the economy as a whole, and by strengthening the weight of activities that produce tradeable goods and services abroad.

Many companies are still completing their European economic integration, or are changing the way they operate to take advantage of deepening integration within the European single market. Portugal is a politically and socially stable country, with the potential to increase its productivity and to become more attractive in labor costs. Emphasis is placed on the need to support the high-tech industry and small and medium enterprises (SMEs), as well as reducing corporate taxation.

According to EY Portugal, 32% of investors expect to invest in Portugal and 62% estimate an increase in the country’s attractiveness. R&D and logistics are the sectors with the most investment intentions. Manufacturing, Marketing, and Sales still represent a large portion of the investments. The confidence in a more attractive future for Portugal arises both from companies already established in Portugal and the ones unestablished.

4. Cultural Similarities and an International Mindset

Portugal should not be shy about its competencies and its capability to attract FDI by providing good business conditions to established and potential investments. According to EY, Portugal is cost-competitive and, at the same time, delivers business environment and investment protection indicators in line with countries such as Germany, France or Spain. In fact, by these indicators, Portugal appears more competitive than its neighbor in almost every criteria and is not so distant from other countries’ results, such as Germany or France.

One of the biggest obstacles businesses face when offshoring is cultural differences. Different holidays, working styles and misunderstandings are the reason why companies prefer nearshoring over offshoring. The UK and Portugal have similar business cultures, which leads to smoother, quicker and more efficient communication. Furthermore, the reason why so many Portuguese people are accustomed to speaking English is because they have an international mindset. They are always open to learning and are not afraid to adapt to new cultures. Codedesign has worked in the past with many international companies.

Portugal is a western country in Europe. Located on the Atlantic side of the Iberian Peninsula, next to Spain and with 943 km of coastline, Portugal is strategically positioned between Europe, Africa, and America. Coastal areas have a higher population density, and the main cities in the country are Lisbon and Porto. Portugal provides access to larger markets in the EU (508m people) and Portuguese speaking countries (260m people).

Working with remote companies where you have a completely different time-zone is much more inefficient. If both companies have working hours that are the same or similar, weekly meetings can be secured easily. In addition, if a problem occurs, the teams can organize an immediate call to solve the problem, without having the hindrance of waiting for the right time. Portugal and the United Kingdom are in the same time-zone and are only 3 hours by flight away from each other.

So the geographical proximity doesn’t only affect the communication but flights are much cheaper as well.

Any further ideas on this topic or if you are thinking about this just leave us message at Contact Codedesign.

See Next See Next
nicolette.holmes 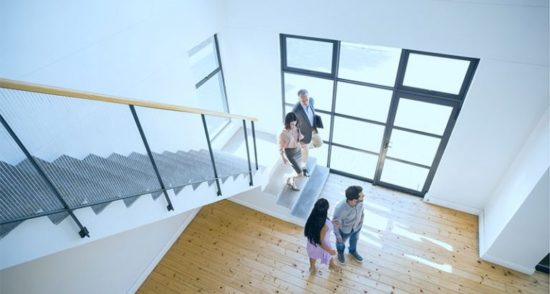 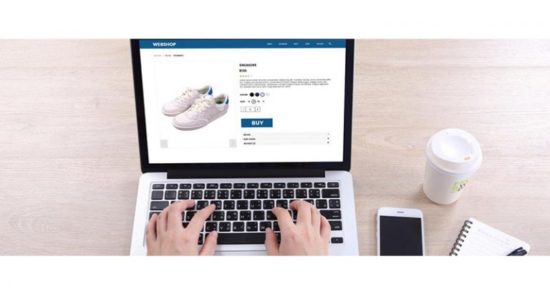 Remaining Competitive in the New World of E-Commerce