Everyone knows that it’s best (and easiest!) to have a project team sitting cozily in one office or even one room. My firm belief, however, is that a globally dispersed team can achieve the same results as a project team sitting in a single office. The only difference? With the distributed team, achieving those results probably requires a little bit more of the project manager’s attention and skill.

As a project manager here at Distillery, I’ve had a lot of experience working with distributed teams. That’s why I can say for certain that, when managing distributed teams, many of the same principles apply as when all team members are in the same office. With a distributed team, it simply becomes even more crucial to find ways to help your team members to build trust and genuine connection with one another.

Some of my project teams combine highly skilled developers and designers living in different cities or countries. At first, it was quite challenging for me to find the essential practices that would lead us to successful project completion. As time went by, however, I created a checklist of useful tips I’ve learned in managing distributed teams. While these aren’t world-shaking revelations, because some of them are widely known, the checklist is incredibly handy when used in either project planning or retrospectives. In particular, when you want to uncover the reason behind a conflict or a misunderstanding, you’ll find that it usually stems from not paying enough attention to the five key learnings below:

First of all, communication is important when it comes to fulfilling its main purpose: keeping everyone on the same page. Strong communication helps you make sure you’re all talking about the same things, and you have the same vision of the project goals, roadmap, and the product itself.

Second, maintaining consistent and ongoing communication creates a sense of trust and support within the team. This increases your chances of staying up to date and on track in case something changes. It also means that, if team members are struggling with a problem or contemplating a drastic, life-changing decision, they’re likely to talk to you about it. Which again brings us back to the importance of maintaining consistent communication with your team members: If they trust you, you’ll know their plans, hopes, and fears, and be in a better position to help them as needed.

To establish that trust, don’t be afraid to chat about things other than work, like hobbies, pets, or even the weather. Though I admit I struggle with this one, the truth is that five minutes of small talk before your daily Scrum can work wonders for team spirit.

The bottom line is that, if you don’t communicate often, you will never build a team from several people located thousands of miles away from one another.

This may seem obvious, and it may seem more relevant for teams distributed across the globe. But even inside a single country, time zones can be tricky. For example, the United States spans six different time zones!

It can be hard for people to adjust their habits, daily routines, or private lives to attend a Scrum meeting or retrospective call with the team. For some, it may be very early morning, while for others, it’s already late in the evening. In this situation, the main goal of the project manager is to foster the right atmosphere and mindset in your team: respect for others, and support of the project/team goals. People are more likely to adjust their schedules when they care for their fellow team members and the team’s general well-being.

Trust is essential for every team. When you don’t see the people you’re working with every day, however, it becomes crucial to build and maintain trust between all team members, including the project manager. A key way to build trust? Measuring work by results only, and not by hours spent in the office.

At many companies in the traditional corporate world, being physically present in the office is a must. However, when your team is distributed, the policy doesn’t make any sense. It doesn’t really matter for me whether my team members are working from home today because they need a change of scene from the office, or they’re not feeling well. They can take an hour or two during the day to attend to personal matters, or shift their schedules to accommodate personal needs. Of course, communication (see #1) is crucial to make this work. I always set the expectation that we all need to keep each other aware of our work status, as well as of any force majeure impacting our schedules. All in all, what that really matters is whether team members deliver on time, and their results meet acceptance criteria.

When people are far away from each other, it’s much easier for them to feel like a team when they’re regularly doing something together. Even a short phone call can help. When you have a cadence of rituals, such as daily standups every day at a certain time, it creates a steady rhythm for the team. It also helps them feel they are working towards a common goal.

In dispersed teams, you don’t have the opportunity to simply ask a colleague sitting next to you. Some team members may not want to step out of their comfort zones, keeping all their questions and doubts to themselves. This can lead to misunderstandings and chaos. That’s why it’s crucial to make sure everyone on the team understands the delivery and reporting process, as well as how to use the communication tools employed by your company (e.g., Slack) to share their ideas and get their questions answered.

My list would not be complete without this one. While your project is still in progress, try to get together in one place as often as possible. It’s even better if you can arrange your get-together to coincide with the celebration of a big release, or completion of a successful milestone.

For most software development projects of three to five months, this would mean meeting up one or two times for the duration of the project. If the team is big, it’s likely that not all team members can make it. But even a partial team gathering is better than no gathering at all.

Getting together instantly boosts team spirit and reminds everyone that the voice behind the screen is an actual person. Of course, it’s also much harder to argue when you’re sitting right next to each other. So my advice would be to allocate time and resources for this in advance, keeping it in mind as a nice way to unite the team and get everyone out from behind the screen.

Here at Distillery, we’re proud of the people-focused culture we’ve built. Want to learn more about how we create and motivate our high-performing teams? Let us know!

How We Promote A Strong Culture With Distributed Teams 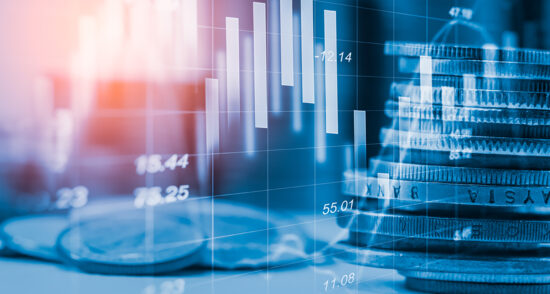 10 Best Use Cases of Machine Learning in Finance