We covered a few video trends that will continue to grow in 2019: live streaming, square video, preferences on video length, 360° and personalized video.

For the last couple of years, every year has been declared a year of video. So at the beginning of this post, let’s get one thing straight – this year won’t be a year of video.

No, 2019 will be a year in which all the other formats will have to compete for a seat at the table that has been dominated by the video for a while now. As a small introduction, in 2017 – 63% of companies used video for marketing purposes, whereas in 2018 that number grew to 81%. That’s why we decided to summarize some of the video trends we think will continue to grow.

The concept of live streaming can be a little daunting because of all the things that can go wrong – from technical to all the possible complications regarding video actors. Nonetheless, the previous year strengthened the immense potential that is live video; and it goes from authenticity, through establishing direct contact with users, obtaining sincere feedback from them, to maintaining their attention much longer than can be done with pre-recorded videos (for people who need numbers: users watch live videos three times longer than pre-recorded ones). They are an ideal format for any type of interaction – whether it’s a product launch, Q&A, interview or Behind-the-scenes.

According to the Livestream survey, 80% users would rather watch brand’s live video than read a blog; and the most important aspect, of course, is the quality of the streaming which was said by 67% users. You should invest in better equipment that is not even that expensive nowadays, take a leap of faith and be prepared for anything. If something must go wrong, it will go wrong (no matter what Murphy said, it probably won’t be everything) but what you will surely achieve is humanizing your brand and connecting to the public in a way that no other format can achieve.

Times have changed, smartphones are glued to our hands, so most of the content is consumed that way. It’s safe to say that by now (almost) everyone gets that a web page that is not mobile friendly represents a huge loss for a brand and a huge advantage for the competition.

*We used Google Keyword Planner to search some terms from this post and the results show that more than half of the searches come from mobile devices.

Similarly, more than half of the viewed video content goes through mobile devices and 92% of mobile video viewers share videos with other people. All that given, it seems only natural that the way video content is consumed, affected its production. That doesn’t mean that Horizontal Video (16:9) is going extinct but it does mean that social networks wrote new rules of the game by listening to their users. And those rules clearly state that users should not be forced to turn their smartphones horizontally. Instead, by creating Square Videos (1:1), they should be allowed to stay in the portrait format which is preferred by an impressive 90% of users. In return, Square Video guarantees more views and better user engagement. Luckily, there are various tools you can use to make your video social media ready. Whereas for users, it means that they don’t have to be there when they can go square. Buzzfeed’s baby Tasty built its entire brand on short, square videos that display written instructions instead of narration. And their recipe was obviously spot on.

3. Keep it short and quiet

On the recipe note, let’s spice things up. The human brain is magnificent in many ways. One of them is certainly the fact that we constantly seek new information – whether they are important or completely useless. So if you fall into the category of people who are worried about their (in)ability to hold attention, it turns out that shorter attention spans are quite normal. Problems appear when we combine our attention spans with new technologies that allow access to an abundance of information. We want it all, we want it now and that leaves us perpetually distracted and confused.

The question then remains – how to make sure that your (business) messages are being heard? Firstly, you have to answer some basic questions – why are you creating that content and who are you creating it for, as well as which communication channels you want to be present on. But speaking in general terms – users prefer shorter video. Up to two minutes short. Video shorter than 90 seconds has an average retention rate of 59%, whereas video longer than 30 minutes retains only 14% viewers. If you are optimizing for social networks, HubSpot recommends 30 seconds for Instagram, 45 for Twitter, 1 minute for Facebook and 2 minutes for YouTube. Another perfect example of the expanding love for short videos is Tik-Tok, an app that allows its users to express their creativity by creating short, 15 seconds video. The app is rapidly growing and since its release in 2016, it has about 500 million monthly active users.

But if you still feel like you have a lot to say and it just can’t fit in under two minutes, we suggest you split your messages into several videos and focus on one message at a time. Viewers that watch the first 3 seconds of your video will likely watch until the end, so make sure those 3 make an impression. And given how a lot of videos are viewed without sound, don’t forget to add subtitles.

Before we go on, here is a magical recipe. It might serve as an inspiration – for future culinary or video endeavors.

4. Video wherever you turn

Once upon a time, Bonnie Tyler sang: Turn around, every now and then I get a little bit restless and I dream of something wild. That similar feeling of restlessness grabbed onto video viewers who started to wonder what is happening on the side that is not being shown. Ok, ok, maybe that’s not exactly how it happened, but in the world where the content is created at an incredible speed, the urgency to retain audiences raised the stakes in the way stories are being told.

When it comes to 360° video, by using a special camera or set of cameras that simultaneously shoot a scene from all angles, the viewers are allowed to fully dive into the captured moment.

A case study conducted by StoryUp showed that the same video of a ballet dancer generated more views and longer viewing on Facebook than a flat frame version. By inviting the viewers to step onto the stage, 360° version clearly offered a more valuable experience.

And because 360° video requires a significant production engagement, before you opt for it, make sure that whatever you want to shoot, is worth the effort. And even though the production itself is not that simple, you can always follow HubSpot’s simple advice: don’t be lazy, create content that allows users to experience your product or service and share it strategically where it will be seen by the right audiences. In real estate, it’s enough to shoot a living room but most viewers want to participate in something a little more exciting, like taking a walk with wild elephants, bungee jumping or taking a guided city tour.

There is something special about somebody remembering your name and addressing you personally. It might be the feeling of connecting with someone, being respected or we just like to think that makes us special. Anyone who has ever tried getting their name spelled correctly in a Starbucks knows what we are (not) talking about.

Nowadays, when marketing has to discover how to get closer to people and secure their engagement, some marketing professionals recognized personalized video as that going the extra mile type of content. Personalized videos include information like name, photograph, email, firm’s name or logo, and it embeds them into certain places, in order to create a video that is specially tailored for the person watching.

Whether it’s a Christmas card, thank you card, invitation to an event, product or service presentation, promoting a new company project or celebrating someone’s journey with your brand – there are plenty of personalization opportunities. There are even software programs that offer real-time personalization which means that your potential customers can receive a personalized video just after filling out a form on your page. Of course, plastering someone’s name on a video isn’t enough to make it personal – the message you are sending has to be significant to the users and it has to coincide with the stage of their buyer’s journey. Understandably, nothing will replace the power of real-life communication but it will offer a more personal approach that states you care for your customers.

Even the great Nike opted for a personalized approach in early 2015. Using the users’ data that track their sports activities with the Nike+ app, they made a series of animated videos that aesthetically call to mind cartoons from the 1930s. The results were videos for more than 100.000 users that highlighted their achievements in 2014, with a message to exceed themselves in the upcoming year. And when it comes to personalized video, this example is important because we’ve learned through all of their campaigns that Nike thoughtfully thinks their decisions through. Who knows, maybe they will even make a personalized video for users whose sneakers surprisingly ripped.

Here are a couple of facts: video is a versatile medium; video is the most effective type of content for promoting a service or product; its profitability is hardly disputable.

And for those who still did not make video a part of their business strategy, we recommend you do it ASAP. ‘Cause nobody likes to chase a departing train.

See Next See Next
Stela Jurić 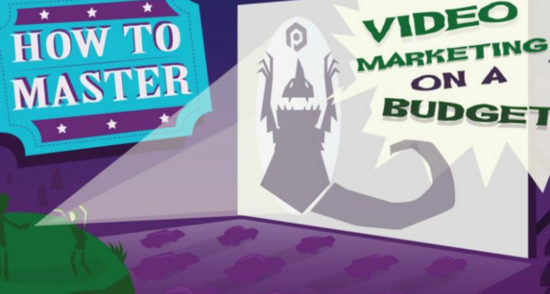 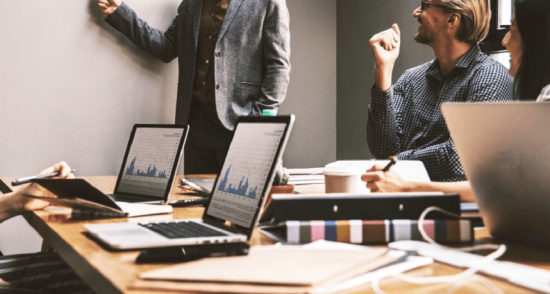 Five Marketing Trends to Watch in 2019