Flutter is a new addition in the list chosen for mobile app development frameworks.

Xamarin, PhoneGap, React Native — and now Flutter. Flutter is a new addition in the list chosen for mobile app development frameworks. Flutter has been creating a lot of waves in the sea of businesses due to its open-source nature.

Plus, it’s a cross-platform framework that requires writing only a single code. And this code forms the base of easier and faster app development. Flutter has solved one of the main challenges of businesses of the current era — providing impactful user experiences irrespective of device or channel.

App development frameworks providing excellent cross-platform experiences somehow lagged as compared to the experiences provided by native apps. Flutter app development uses a great combination of Dart programming (Google’s in-house language), Skia graphics library(used by Chrome) and Android’s Material Design card motifs. However, the question is, what is the difference between Flutter and other such platforms and why should a business switch to it? Here are some good reasons why it is beneficial to start using Flutter for mobile app development:

As stated earlier, Development of Flutter app mitigates the labor of writing different codes for multiple versions. Developers have to write a single code that negates the need to develop a separate User Interface. It doesn’t lag and instead provides a wholesome native app experience. Moreover, it also solved many traditional limitations like slow testing procedures and limited designs. Apart from that, when UI is built using Java; it has to be Just in Time compiled. However, Flutter has Ahead of Time compliance and is an executable binary machine file.

Mobile app development with the native frameworks was quite slow due to constant changes and rebuilding apps to check them in simulators. Flutter development has Hot Reload feature which means changes take less time to reload. The changes can be updated within a second and they appear almost simultaneously in the simulators. This helps in faster checking of new changes and faster deliveries. Apart from that, due to quick reloading for features designers and developers can efficiently work in tandem. This feature helps in cutting almost 150 hours of competing moderate Apple and Android apps. Eventually, it helps in increasing productivity by channelizing smoother teamwork.

Flutter is an object-oriented building block for developing various UI features. Hence, widgets like Scaffold, Drawer, and Appbar and anything from a font or a button can be amalgamated to build different layouts. These layouts can be created from any customization level i.e. either from existing ones or starting from scratch to build your own. Interestingly, these widgets can also be wrapped in one another across different platforms, to provide different user experiences.

While coding an app, generally Integrated Development Environments (IDEs) like Android Studio are used. However, Flutter uses Visual Code; a lighter and faster option to its earlier counterpart and has many features from it including some of IntelliJ. Developers don’t need to switch to it if they want to start using Flutter.

Compliance with Firebase means there is no need to build back-end, plus it enables a quicker launch of application. Apart from cloud storage, real-time databases, hosting, etc; it makes your infrastructure come out as something which can be scaled is without a server. Plus, when it is integrated with an automation tool; processes like Fastlane can be released that facilitates constant delivery. Also, it doesn’t need a DevOps support system.

Flutter apps are been designed in a way that is capable of running on any CPU. This makes it quite a powerful Operating System, having the potential to overpowering others. Hence, being an OS itself; support with Fuchsia is only going to make it even stronger. Because Flutter’s UI rendering engine is used by Fuchsia — Flutter is potent enough to be the base of even more apps than the ones using Fuchsia alone. Moreover, a feature of ART (Android Runtime) is also being introduced in the Fuchsia OS which will enable the transfer of all current Android apps to Fuchsia. Apart from that, Fuchsia is believed to be the soul of IoT as it would be strengthening low-powered devices and would form the base for AR and VR too.

Much like React Native, Flutter is also a follower of reactive development building blocks. Reactive programming means that when there is an update in the code variables, its UI features also update automatically. However, there is one major difference in both programs while following this path. React Native works its way through a bridge called JavaScript to be accessible to OEM widgets. Hence, this results in hampering the performance. Whereas, Flutter uses Dart language which eradicates the need for a bridge and instead creates direct communication with the native platform.

The programming language used by Flutter, i.e. Dart, assists in performing unit tests, and a separate widget for testing interface communications. The individual package called Flutter Driver runs all the tests itself, mitigating the need for any testing plug-ins. Plus, the developers don’t have to test the app on various devices too. Since the app is built on the same code that works for all versions; testing gets easier because experts have to perform tests on a single version only. Fast Documentation helps in going through different levels at which Flutter apps can be tested.

Servers like Xcode is capable of consistent integration and delivery (CI/CD) of iOS apps, however, when it comes to larger teams it is not scalable. Currently, developers either use Fastlane for in-house tests or cloud technologies like Nevercode and Travis CI are used for outsourcing. However, Flutter has its ties strengthened with Nevercode that builds Code Magic for continuous integration and delivery. Code Magic is a solution that is capable of developing, detecting, testing, and packaging the Flutter apps without any need to configure them.

The most significant thing about Flutter is that it has helped in bridging the gap between an app designer and developer by reducing the time required to apply interface and animation changes. Moreover, not only apps, now the developers can write the same code for developing apps for web browsers too with the launch of prototype Hummingbird. Releasing apps on multiple platforms has been made easier by Flutter like never before!

See Next See Next
Ankita Patel 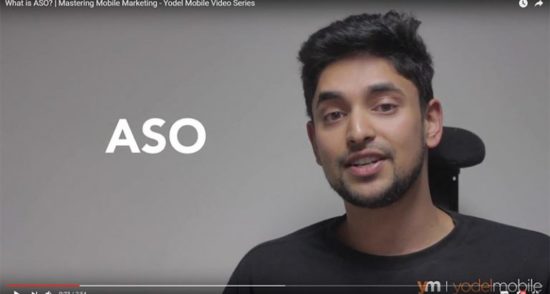