Mobile app development is an ongoing process that continues post-launch as and when there are new updates on the technology.

With billions of people using smartphones across the world, the usage of mobile apps has increased over the years. According to the current statistics, 1.96 million apps are available in the Apple app store and 2.87 million apps on the Google Play Store so, with the usage of these apps, the revenue is expected to shoot up to $935 billion by 2023. To develop a new mobile app, you need to understand the app development process steps.

Successful mobile app development is a six-step process. There are thousands of apps launched in the play store each day, and each of them are different. In this article, we will take a closer look at each step.

Would you like to study further about the complete cycle of mobile app development?

We have covered the entire process of how a mobile app is developed in this article. However, before getting deep into the process, let’s discuss mobile app development and its platforms.

What Is Mobile App Development?

Developing a mobile app is a procedure that creates software and runs on every mobile device. Once these apps are launched, the user can install the app from the App Stores. There are a gamut of things involved in creating a mobile app like design, features, platforms, etc.

Before developing an app, you need to determine the technology and platform you would like to use. Mobile app developers usually built one of the below types of applications:

The two most popular platforms are Android and iOS. The programming languages used for developing an iOS app includes Swift and Objective-C. Similarly, an updated version of Linux for Android apps runs on an application framework, Java.

Are you thinking of developing an app to scale up your business? This article gives you a step-by-step process on how to develop an app.

A Detailed Process to Develop a Mobile App

No matter which concept you think of, the process of developing a mobile app is always the same. There is a standard process for building a mobile app that includes a concept, strategy, design, development, testing, deployment, and post-development support.

To develop an app, it needs constant upgrading based on the requirements of your business. A process is being prepared to build an app for either Android or iOS platform. To get an understanding about the detailed app developing process, stick to this article till the end.

As predictable as it may sound, every successful app begins with a concept or an idea. It requires a lot of research to identify the market that’ll help to solve half of your problems.

If you are stuck anywhere, ask yourself a few questions like:

Once you get all the answers to the above questions, then go-ahead to build the app strategy for a clear vision. Learn about the market trends to understand about the problems a user is facing. It can help to refine your strategies and create the best mobile application that will benefit the users.

So are you clear why you need an app? Now that you have also researched the market and your target audience, it’s time to strategize the key functionalities you may provide the users. Analyzing and planning can take place only when you have captured the detailed requirements.

Prepare a blueprint of the product to understand the resources you need and the cost. If the cost is out of your budget, define your MVP for the initial launch and then develop the final app development process.

MVP is nothing but the minimal viable product, a validated learning that comes from your customers, whether they would purchase your product or not. You can produce the actual product, which is handled manually, to observe the actual behaviour of the customers using the product or service you provide.

If you are getting your app developed by the mobile app development agency,  you can get an NDA signed between the two parties to ensure that your idea and the product developed is safe. The real work will start after the NDA is signed.

The next step is to design the app. Creating an app that gives the user a great feel can generate good revenue. This is when UI and UX come into the picture.

The designers often start with sketching a wireframe. A conceptual layout referred to a low-fidelity mockup to get a visual of the app’s functional requirements. A top-notch mobile app service is divided into various parts. As mobile app development has a process, even a UI/UX design has various processes and is divided into parts.

UI/UX is the core reason behind the success of the app. Next comes the style guide. It defines the app’s design strategy, and establishing in the initial stage will improve the app’s productivity. Essential elements of the style guide include the colours, fonts, design patterns, graphics, buttons, etc.

This is the most integral part of the entire mobile app development process. Coding is the process that includes the frontend and backend of the development, where the developer empowers the UI functions.

However, a mobile app is built on three main components, Backend technologies, APIs, and Frontend Development. The functions used by the users on the frontend are worked on the server-side by the backend developers connecting the two applications known as the API.

Confused? Let’s give you a brief description of the same.

The backend server is responsible for the app’s performance and scalability. Dozens of technologies are used here to build an API where numerous frameworks can be utilized. In short, any changes made by the app owner reflects on the user-side app.

This is an exciting part of the process where you have completed the concept that you had once thought, with outstanding graphics and well-placed text. To avoid any technical flaws after the launch, keep testing the app rigorously.

Hire a QA team that runs multiple functional and non-functional tests to ensure that the app is 100% bug-free.

Deploying the app on the server and then deploying it on the App store are the two main components of your mobile app. A few apps are developed separately for Android and iOS, and a few were developed for both platforms.

To get a confirmation for launching an app on these platforms, you need to follow specific guidelines, i.e. Google guidelines for Android and iOS app deployment guidelines. Once these apps are launched in the app store, it goes under review for a few days until the guidelines are matched.

So now that your app is launched, it is all set to use by the users.

As soon as the users install the app and start using it, you may receive reviews and feedback that will help you improve and update new features and technologies. As soon as the app is launched, the post-development support begins.

See Next See Next
Paresh Sagar 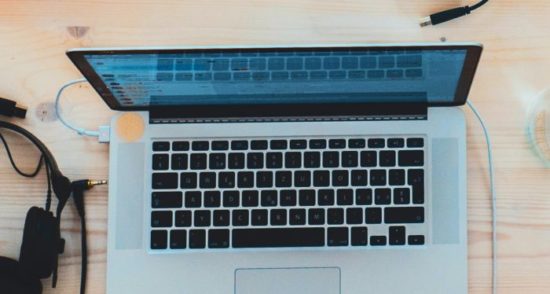