With the birth of AI and its rampant popularity, the embrace of its collaborative use with design and marketing is a big change.

“Artificial intelligence (AI), deep learning, machine learning – whatever you are doing if you don’t understand it, learn it. Because otherwise, you are going to be a dinosaur within three years.” – Mark Cubin

Often times when we imagine what AI looks like, we think of some semi-synthetic consciousness which humans developed by filmmakers in superhero movies. While this assumption is not so far off, apart from fantasy there are many other applications of AI. It is mainly a system which performs tasks that humans would ordinarily partake in. These may include problem-solving aspects, recognizing certain emotions and making a medical diagnosis. For business owners, AI can fashion many marketing strategies to enhance growth. AI is a means by which you can identify the issues of your business and receive proper insights. And this works very well in the design industry.

Modern technology has been criticized because of how it is replacing human jobs, starting from low wage workers to high paying jobs. Industries that have faced this issue head-on are mostly related to manual work but since the latest innovations in AI, this perception is slowly shifting. We are part of a new era of AI-based design which will change the future of this creative field as we know it. It was only until recently that computer-generated designs were considered to be a sci-fi idea rather than something we see in daily life. Once AI began developing, people saw that it was capable of focusing on other goals, especially with design. The admiration we have kept for stunning fractals generated by computers is not what we see from AI design today, which is more visual.

AI is demonstrated by machine work which lets robots act in a similar way to humans. These robots will think and respond to tasks in the same way as we do, and they even learn from new experiences by adjusting inputs. The reason why this is so popular is that there is increased precision and accuracy which leads to better results. Whether it is for a marketing strategy or for a new design, the valuable insight AI has can give original products and services. While voice assistants and GPS tracking are the most basic focus, AI has made its mark with new marketing ideas in today’s digital world. From Google’s RankBrain to personalized Amazon recommendations, the effective means by which we are promoting businesses is unlike ever before.

By identifying marketing trends and providing effective data analysis, AI has the ability to adapt to input. It takes over human roles and leverages marketing to save more time and resources through automation. The question remains: how does this impact the design industry?

Audiences are able to use the power of machine learning with design to better understand the intention behind their purchases. AI is capable of analyzing an unbelievable number of queries across millions of websites which allows marketers to understand what kind of surface ads are more visually appealing.

Identifying your business objectives as a marketer is made easier with AI design. Once you understand the kind of persona you want to depict to your audiences, the available source data can be analyzed and indulged into your logo or ads for the best results.

Scaling up your content strategy is just as important as the visual aspect of a design. Using AI for data-focused content is vital in the design industry because market data will tell you what you are doing wrong and what you can be doing right. AI platforms are perfect for any form of content creation and are being employed by Facebook, IBM, and Microsoft.

In digital marketing, AI is gradually streamlining and optimizing all kinds of campaigns. By eliminating the risk of human error in design, human ingenuity is kept as a personal touch. As marketing depends on the need for invoking real emotions, AI is able to generate reports by using data and allowing customers to connect with designs that look like they were made by human hands. Empathy, compassion, and storytelling are human attributes that cannot be emulated by robots as of yet, and so the human limitation stands. This being said, AI itself is not at all bound by humans and their restrictions and there is no telling what the technology will be capable of in the near future.

Are Designers Happy with AI?

By using this new technology, designers are able to create images and graphics that humans cannot develop. This makes the use of AI in marketing indispensable and the usage of the tool has led to much success of new businesses. The generative technology is aided by AR and VR and is now ushering a new era of creative freedom which enhances the art. The merging of design and marketing is amplified by AI, but it appears that designers are not too happy about being replaced by a machine.

The interaction of AI, design and marketing strategies has allowed the full utilization of this technology to be deciphered. The generation of unique images and graphics can be seen in the latest Nutella campaign which ran in Italy. The company created 7 million one-of-a-kind jar designs for their Italian market and it was so successful that they sold out every jar within 30 days. This means different things for designers who are worried about their livelihood being replaced by machines.

With the advent of AI, there are new relationships that need to be established between customers and business products. The interactions of different aspects of design and technology have started a conversation between businesses and consumers. AI can do a lot for products and services, but that does not mean designers stop being a necessity. Human designers bring necessary empathetic context businesses to have constructive dialogues and build better networks.

Designers are able to perform quite a large number of tasks. Some of them are automated which means that they include pre-set rules for many devices. Designers are able to focus on more creative work if these menial jobs are taken care of. There are many powerful AI tools which can be used to elevate market strategies and thus keep up with new design trends:

The Grid builds websites that use the power of AI for creative design work without having designers go through the extra hassle. Not only does it save a lot of time, but it also acts as a replacement designer to give automated best logo design and web designing that can be fine-tuning later on.

Autodesk Dreamcatcher is prevailing because this utilizes cutting-edge algorithms for setting parameters. It further gives different iterations of designs and allows designers to choose the most suitable option.

Whenever there is the propagation of new and innovative tech, human fear comes along with it. AI seems to be replacing actual human workers and people are worried about their futures. It was found that around 800,000 jobs were lost in the UK due to automation from 2001–2015. But the same report also noted that 3.5 million new jobs were created. AI can do much more with its creative realm than humans can hope to imagine. Creative professionals cannot be replaced by machines, however, especially not in the upcoming years. Some jobs require extra knowledge of culture, emotion, and identity which machines cannot replicate. AI cannot mimic any of these human tasks and acts are a friend to designers rather than competition. Despite these factors, the technology still is a controversial topic which is debated on a lot and its two conflicting perspectives are polar opposites.

The Future of Promotional Design

Researchers are working on AI every day to understand how it will impact the future of design and digital marketing. As the industry is largely influenced by the development of AI techniques, the influence is much less arbitrary than we think. Most people do not consider this uncertainty completely horrific, and they also do not want it to remain such an enigma. AI is manipulating industries which were not comprehensible to machines before this century, and designers regard this as a threat. Where promotional value is being added to creative and original designs every day, AI is also starting to “think” by itself. If it eventually becomes capable of critical thinking and highly complex jobs, it may surpass human intelligence. Once that becomes a reality, there is no wonder what the future holds for us and the way we market our businesses with art and design.

With the birth of AI and its rampant popularity, the embrace of its collaborative use with design and marketing is a big change. In this new face of productivity and profitability, creative potentials are being discovered to unleash better strategies. Marketers and business owners can be sure to use their newfound design techniques to identify their strengths and give better results than ever thought possible.

See Next See Next
sarah johan 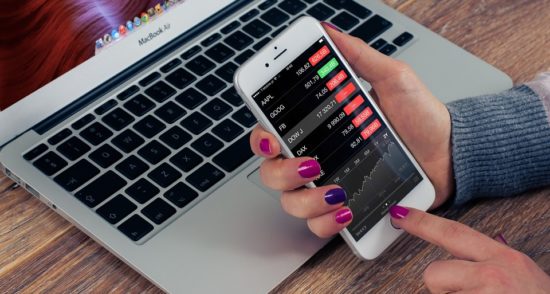 What Is the Scope of Digital Marketing in Pakistan 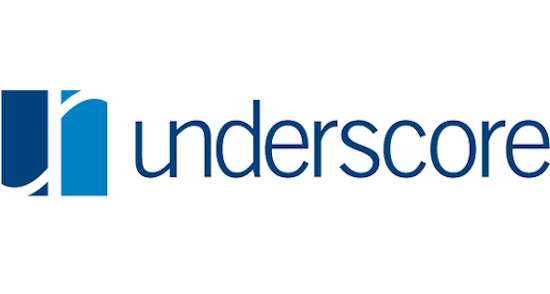