Artificial intelligence is predicted to take over 75 million jobs by 2022, so at first glance this number could strike workers as a threat to their livelihood.

Artificial intelligence is predicted to take over 75 million jobs by 2022, so at first glance, this number could strike workers as a threat to their livelihood; but along with these lost jobs will come 133 million new ones created by the same technology.

But which jobs can AI take over? Telemarketers, bookkeepers, receptionists, and jobs of this sort are likely to dissipate over the next several years due to the fact that AI is able to keep track of the same things these jobs are responsible for. Despite this unfortunate factor, what these workers can do is adapt to technology usage and in turn, create a new role for themselves.

And which jobs will be safe? As for the tech field, new jobs that have yet to even be invented will begin to appear with the rise of AI. Data scientists, mobile developers, SEO specialists are increasingly in high-demand within the digital field with its exponential growth, but what still needs to be recognized is the 8% job cut that this advancement will string along.

It’s the jobs that solely specialize in collecting data that may be battling against AI, as both essentially have the same skill set. A large debate also going around the tech world is the threat specifically to UX designers and how exactly this field may be affected by AI.

As for the role of UX designers, this job essentially handles the task of creating a seamless experience for consumers when using products, whether that be a website, app, or mobile device. Products don’t necessarily need to be tech-based either, as someone can be a UX designer for a coffee maker, cash register, treadmill and everything in between. From there, the overall success of a designer would be based upon a consumer’s opinion while engaged with a product and whether or not they’ve found the functionality easy enough for them to use or not.

As to why there’s been a debate about whether AI will be able to take over this title, the answer lies within the daily tasks a UX designer usually performs including anything from conducting research, persona architecture, visual design, user flow and testing, and prototyping. At a first glance, it seems like AI would be able to accomplish all of those tasks and more, but what’s ultimately missing is the psychology that UX designers use when crafting their designs.

Director of UX at The Nerdery, Fred Beecher quotes, “How do I explain what I do at a party? The short version is that I say I humanize technology.” This being said, AI will never- as we know it – be able to completely add that human-quality user experiences need, potentially saving UX designers from the risk of abolishment.

UX designers need to have knowledge and experience alongside psychological understanding to fit the job description, AI will most likely never be able to adopt this trait. Despite the amount of data AI will be able to collect, human psychology can not be understood through data alone; meaning no numbers or graphs are able to translate this into human opinions and preferences.

Now with UX designers having the relief of knowing that their role is safe from the rise of AI, the technology can instead be looked at as a helping hand or tool to incorporate into their daily tasks. Overall, the evolution of AI will allow designers to excel at their jobs and improve the overall customer experience.

Despite being called designers, people in the UX field are not the ones that physically create the visuals and aesthetic of products. Instead, UX designers give the framework or guidelines to another designer, who can then take this into account when creating visuals. These frameworks usually are detailed models of ways on how to make a product as functional and user-friendly as possible, and guide designers regarding placements when being created. The use of AI comes in when repetitive visual designs are being produced. For instance, let’s say that a UX designer has created a functional model for a specific company’s platforms but has only had time to create the desktop version of the model. AI, once programmed, can replicate that model into different configurations to abide by the measurements of different mobile devices. After the UX designer gives the go ahead, the task is complete and the designer can then carry on with other important tasks.

UX designers typically use a whiteboard to sketch out the framework for their projects, but with the help of AI, this could help designers pick up the speed for this repetitive process. In the future, it’s being predicted that AI will be able to scan the whiteboard sketch and recreate it on a desktop for a designer to then play around with. As of now, designers are having to first sketch designs, go over to their computers to recreate their drawing, and then do those steps all over again to create a new wireframe. With the use of AI, designers would be able to create a sketch, erase it, and then carry on to their next sketch without the need to go back and forth from whiteboard to computer.

One of the key points in quality CX is the ability to create personalized features. While UX designers have this in mind when working, AI can also be used as a tool to create a more customized experience for users. For example, if every time a user visits a specific site they go straight to the same page, AI can track this data and conveniently bring the user to that exact page the next time they visit. Of course a UX designer would need to oversee this AI suggestion to make sure this change still works with the site’s flow, but additionally it offers new perspectives for designers to handle situations.

Testing prototypes can be a daunting task, where UX designers can get caught up with repetitive tasks and tweaking models, leading to excessive time spent on this stage. Fortunately, with the help of AI, the technology can now take on this task and be able to swiftly scan different prototypes to save the UX designer from this tedious work. After testing is complete, reports will be sent over to designers for them to then go through to see what changes will need to be made or if the prototype was successful.

With the great advantages AI can bring to UX designers and CX, these designers still need to keep in mind the flaws that may come along with the technology. Even with its assistance, all aspects should be checked over by a designer before things are finalized. Despite the analytical help AI possesses, the psychological side could potentially be tampered with which should also be considered when checking over AI’s assistance. So, will UX be automated? Not as long as it involves a human’s opinion.

UX designers can be reassured that AI will have no threat to the future of their careers. Technology is definitely a great tool to be used alongside designers, but the art of psychology will not be replaceable. Despite increasing usage relating to artificial intelligence in digital advertising, marketing strategies, and retail salespeople, UX designers can be optimistic about the integration and growth of its use.

This blog post is written by Hannah O’Brien, she is a passionate content writer from Study Clerk, she writes for the digital marketing agency Aumcore, which specializes in generating prime digital experiences paired with a top-notch content marketing plan and user experience design.

See Next See Next
info37 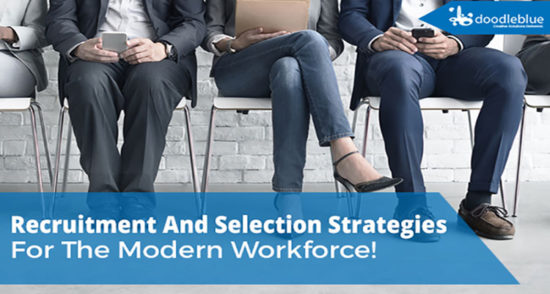 Recruitment And Selection Strategies For The Modern Workforce (Part 1) 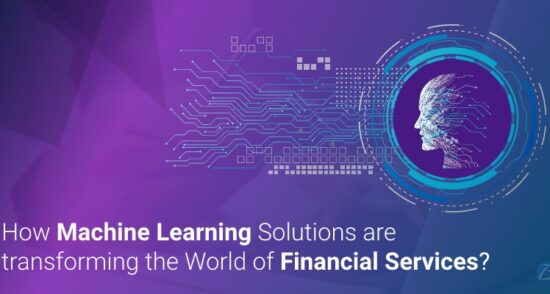 The Significant Role of Machine Learning Solutions in Reshaping the Fintech Sector!