How Python facilitates the planning, prototyping, and deployment of microservice architectures more than other frameworks and languages. Check out the blog.

Microservices have recently been the trendiest issue in technology, with major giants such as Netflix, Amazon, Twitter, and others, as well as countless startups, adopting the microservice design. They’re a wonderful match for today’s agile scrum-based software development approach, which emphasizes constant innovation and delivery of goods.

Microservices in Python could be time-consuming for you in the short term, but if done correctly, it can help you scale more effectively in the long run. You can choose a Python development company to get better support and assistance regarding microservices. If you are unclear about your thoughts on microservices, you can even ask for consultation as well.

What Are Microservices and Why Do They Exist?

In accordance with the definition:

Applications are designed and delivered as simple, highly disconnected, focused services here. They communicate with one another using lightweight dialect communication mechanisms, such as basic HTTP APIs and message queues, and they are naturally resilient.

Microservices are a collection of discrete services designed to perform a single company’s operations and interact over a lightweight protocol such as HTTP. It’s comparable to Service Oriented Architecture, which is frequently implemented inside deployment monoliths. In a monolithic, all the business operations are contained within a single service, which makes maintenance, testability, and deployment a hassle. Monolithic is the biggest competitor of microservices. You can Hire Python developers to fulfill your specific Microservices project requirements. Let’s have a look at some of the advantages of this Microservice framework.

The architecture has the following advantages:

When to Best Use Microservices?

Establishing Python development microservices to create a large-scale solution with a lot of moving pieces. then you can simply go for it.  If you need flexibility and also save money in infrastructure by scaling up only the most used features, Microservices is the best solution.

You can consider breaking it into microservices if your company has a marketplace or other multifaceted services solution. You’d be taking a reasonable step toward rearrangement, decluttering, and eventual product improvement on the ground level if you did it this way. For example, today’s most popular microservice-based platforms were once monolithic and gradually evolved into a service-driven architecture.

But, in your specific scenario, will this Python development methodology work? To arrive at a final determination, try putting the following specifics in place first:

Microservices connect with one another via secure APIs, which may provide greater data security for development teams than the monolithic approach. Because developers are in charge of distinct services, there is more accountability for data protection. Microservices could give developers a dependable security solution as data security becomes more of a concern in software development.

Microservices offer better responsibility when complying with data governance frameworks like GDPR and HIPAA, just as they do with data security, where teams handle specific services rather than the entire program. The monolithic approach to data governance is more holistic, which can present issues for some teams. There’s a more particular approach to microservices.

Because microservices are somewhat independent of one another, developers can use different languages and technologies without having to modify the overall architecture of software development. A developer can simply use Java to code for specific functionalities. Python might be used by another programmer. As a result of this flexibility, teams become “agnostic” in terms of programming and technology.

You don’t have to rework your entire codebase to add features because microservices work with interrelated services. You only make modifications to one service at a time. It is possible to drive your application and services to market faster if you develop applications in smaller increments that can be independently tested and deployed.

Microservices also make debugging and testing apps a breeze. Your ability to create error-free apps is substantially improved when smaller components go through a persistent delivery and testing procedure.

Scalability is the key aspect of microservices. A single function or service can be scaled independently without scaling up the entire application since each service is a separate component. For better availability and performance, business-critical services can be distributed on many servers without affecting the performance of other services.

Another major benefit is that it plays a critical role in developing Future Proofed applications. When any new update comes to the technology, it disrupts the software development process. Here microservice architecture plays a major role in simplifying the entire process and goes with the latest trends.

Now moving forwards, let’s understand the pros and cons of Microservices as they should be kept in mind at the time of planning.

Each service in the microservices architecture is conceived, built, and deployed separately. We can update and use the microservice that handles that functionality if one element of the software has to be updated.

The entire system does not need to be pulled down and reinstalled here. This allows for a smooth updating procedure and software system operation.

Improved fault tolerance as a result

Large programs with several services installed within them have superior fault tolerance when a single module fails.

Even if one of the microservice fails, the applications within it may continue to function. Because of the loose connectivity between the services, this is the case. The failure of one microservice has no bearing on the operation of the others.

The software system’s codebase is simple to understand

Because each module has only one task, the code base for that module becomes easy to understand.

It’s easier to build a module with simply that module’s functionality in mind. The precise function of each module is relatively simple to grasp.

Allows you to play with a variety of technologies

While developing diverse services, developers have the freedom to experiment with different technologies.

Between the modules, there are fewer technological dependencies. It’s easier to go back to previous iterations.

Each module is deployed independently

Microservices can be implemented independently in any application because they are discrete modules. The entire application does not need to be rebuilt and deployed if any module is changed.

This is due to the fact that there are fewer dependencies to manage within the services.

Continuous deployment is also possible thanks to the independent deployment of individual services. As a result, consumers may rest assured that their software is always up to date.

It’s difficult to communicate between services

You must properly handle requests passing between your modules now that everything is an independent service. To avoid disturbance, developers may be required to implement more code in one case. When distant calls endure latency, difficulties will occur over time.

Managing several databases and transactions can be a nuisance.

Testing on a global scale is difficult

It can be difficult to test a microservices-based application. In a monolithic approach, all we’d have to do is run our WAR on an application server and make sure it was connected to the database. Before testing can begin with microservices, each dependent service must be confirmed.

It’s not always easy to figure out what’s wrong

Each service has its own collection of logs that must be examined.

The product may require coordination between different services, which may not be as simple as delivering a WAR in a container.

Microservices are fantastic for large firms, but they can be difficult to install and maintain for small businesses that need to innovate and iterate quickly and don’t want to be slowed down by complex orchestration.

Of course, all of the above flaws may be remedied with the right automation and tools, as well as properly trained personnel.

How Do You Monitor Microservices?

Although some solutions automate microservices activities, you will still need to monitor your architecture on a frequent basis. You’ll learn more about software development and how each microservice interacts with the most up-to-date application metrics as you go. Use them to improve debugging and monitor critical performance indicators such as network and service performance.

Here are some reasons why you should keep an eye on microservices:

For in-depth understanding and knowledge, you can avail Python development services and share your ideas with the developers. Proceeding further it is very important that you should have a clear mind for the selection of a particular technology. If you are planning to go with Python development, you must know why Python is good for microservices. Here is your answer.

Is Python a Good Choice for Microservices?

Microservices Python is backward compatible with legacy languages such as ASP and PHP, allowing you to build web service front-ends to run Microservices.

With all of these advantages, Microservices Python is believed to be superior to as compared to the other languages. Microservices Python developers employ a RESTful API method, which is a complete technique of using web protocols and software to remotely modify objects. As  Because the application is divided into various components, the monitoring process gets easier. For web application development, there are many Python microservices frameworks to select from. The following are a few of them:

Microservices have gained popularity for large enterprises for their software development, including some like Netflix, Amazon, and Twitter. 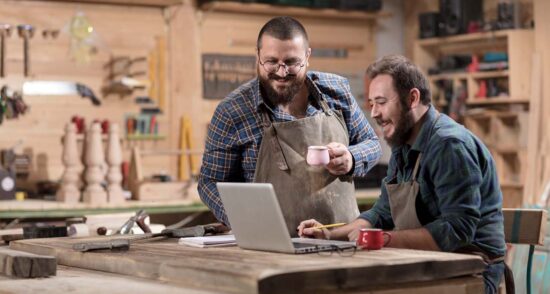 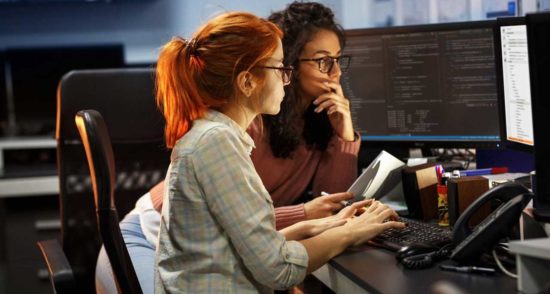 How Any Business Can Establish a Successful Business Website