Bizar takes all the networking tools your team needs to take that next step and puts them all in one place. It’s so simple, it’s just Bizar.

The company was founded in Dubrovnik, Croatia, with the sole purpose of creating the most sophisticated software application in the field of betting and the sports industry. Before founding this company, the founders were owners of Casa Pariurilor, with more than 650 betting stores, 1500 employees, and over 135 million Euros of revenue per year.

While software development is the company’s primary focus, they expanded their business to buying, selling, and building luxury real estate in the Dubrovnik area. In the process of expanding the business, they decided to build this powerful project management tool. The platform was built more than 3 years before they reached out to us to prepare the platform for distribution to the global market.

They wanted us to make it stable to put it to production and start selling it on the global market. Maybe the most challenging part was that applications were not written in some standard software development architecture, so it was hard to know what some part of the code is doing.

Besides that, we were hired to rewrite the whole frontend application with a new design. Of course, we had to do it while also fixing the bugs. All those problems were challenging to us, but we did it well.

When we understood the app’s issues, we decided to put on this project 3 iOS developers, 1 Android developer, and 1 frontend dev. They needed to work full time for more than 3 months to make this app stable.

When we tested the app for the first time, we detected more than 150 bugs. Also, we specified with a client a bunch of new features that we should implement. When we had all that info, we organized a team to work in 2 week-long sprints. To optimize our work, we were filtering the most critical bugs that had to be resolved in the new development circle every two weeks.

After three months of full-time work on this project, we resolved more than 90% of bugs detected in the beginning and detected at least 50 more bugs while working on it. But, in those three months, we resolved all critical issues and the application was ready for production with a few new features and integrations that the client needed.

At the same time, we rewrote the whole frontend application and refreshed it with a new modern design.

After these critical three months, we continued to work on this app for the rest of the year and fixed some minor bugs that we didn’t resolve in the first few months. The finished application was stable, professional and the client was more than happy because we helped him meet all preconditions before starting their sales effort.

Their work ethic and speed in development has been great

They took over the existing project that was full of bugs and issues and made it stable while also implementing many other features that we were not able to do alone. They took over android and iOS apps and applied a much more modern look and solved all critical issues that we had with those apps.

In regards to the web app they did not work on the backend part but they did rewrite all our frontend modules and gave the web app a new modern look in the same regards as the mobile apps.

After 5 years of developing the app inside our company (in-house) we saw that we are not moving and we still don’t have the app ready for market. After working with them for a year, the app was revamped, polished, and prepared for market.

It was really effective. I guess is the key factor great organization structure and experience that they have. Our in-house team was never so effective. We had (and still have) direct communication with their CEO so we didn’t get stuck in administration and process as the person in charge for us was a director.

At this moment I can’t think of any. They pursued all our arrangements diligently. 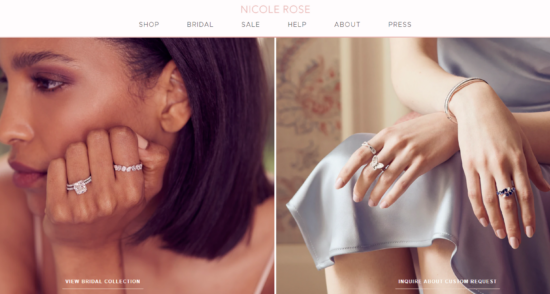 A Site That Shows How To Love