The prime objective of this text is to “wake up” companies and route them to digitalize their way of management.

Oftentimes, companies aren’t conscious of how much they can make their business easier for them. They can be if use an application that is created for their own needs. The prime objective of this text is to “wake up” companies and route them to digitalize their way of management. Because so, they can answer the challenges nowadays and exist in a global demanding market. As an example, we will describe one successful company which invested in modern technology and equipment. So almost all the produced goods they export are to the countries of Western Europe and also they recognized their opportunity so they ordered the application. This company is called Grad Export d.o.o., it’s from Vinkovci and it produces decorative panels.

Grad Export had one vision; to see in real time in which stage is some product. Our mission was to change that and make their business a lot easier. We solved it by creating an application that produces and scans bar codes. It all works like bar codes are printing in head office, then head office sends them to the production line. Their workers paste them on each product and later they can be scanned by other workers in the later production stage.

After the bar code is scanned, the application will automatically show in which stage of production is some product. So after the last stage of production, it should be scanned last bar code and application will give a signal that the product is ready for delivery. In this application, it’s also available to see a weekly report of delivery, if the client demands it, of course. It means that every worker can see until when a job needs to be finished. Excellent thing is that every room in the factory has a big screen television where workers can see all the main information about production at any time.

With this application, workers can also know on which shelf and in which room is some metal sheets by using a scanner. That way they can save time because they don’t need to search them like they were before they had this application.
This text should be an inspiration and new path for every serious company which wants to succeed and grow.

They are a very professional and responsible company. Their workers are very knowledgable about IT.

They created an application that scans bar codes and makes our business a lot easier.

Our employees are very satisfied with the new way of tracking in business — it’s much easier and faster. We can save time because we don’t need to spend time searching like we were before we had this application.

They are professional and always on hand to help. We were very satisfied with their work and proposals and would absolutely recommend the agency.

We think that they will grow in time because they have got good experts and good leadership.

They made a program so that our workers can see all the main information about production at any time. 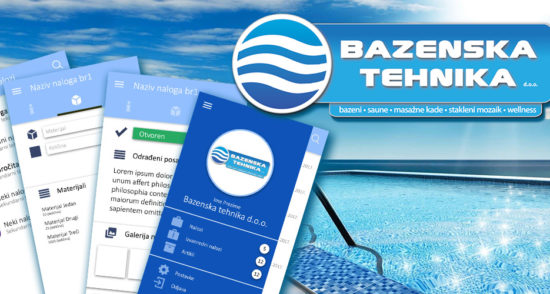 "We had a great experience with the agency."