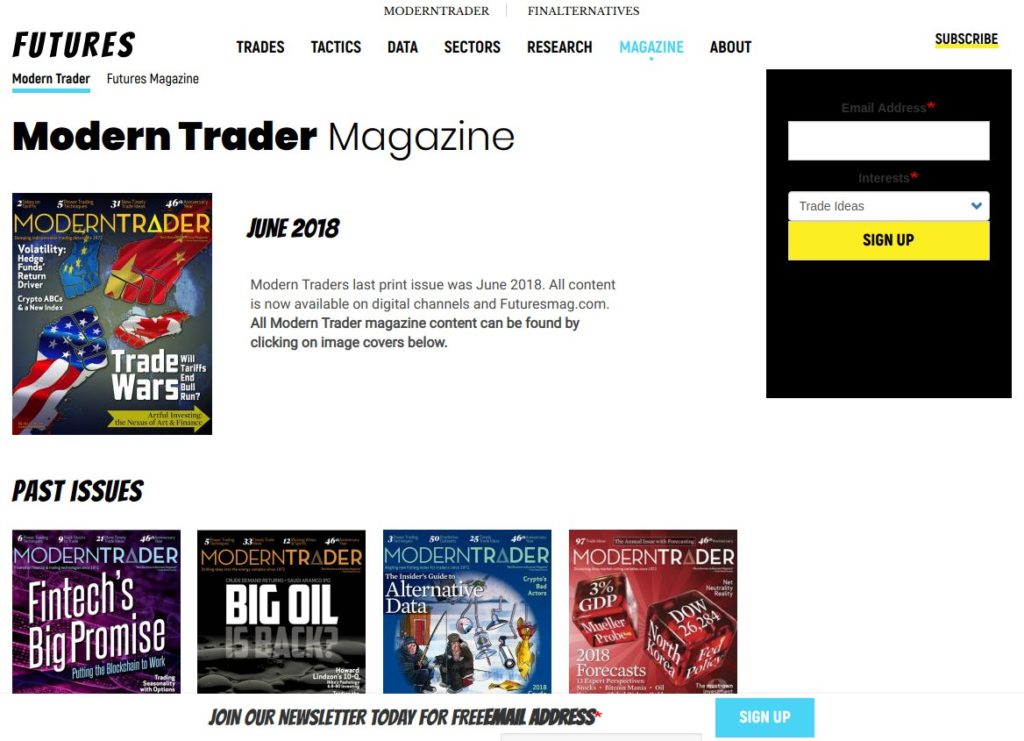 Futures Magazine is a 20-year-old magazine focused on financial markets and was recently acquired by Modern Trader Media.

Futures Magazine is a 20-year-old magazine focused on financial markets and was recently acquired by Modern Trader Media. FuturesMag.com was originally built in 2014 as an online continuation of the Futures Magazine printed publication.

After buying FuturesMag and its assets our new client asked us to provide an overview of the project. We developed it first and then supported it for some time so we knew exactly all the soft spots of the project and had suggestions for them. Among those are:

As the website’s design has not been updated since its first launch, the website overall looked outdated and did not attract users although it was filled with great content. The redesign was proposed as well.

After the updated site was up and running, we would need to provide instructions for content management.

An update of the website update, inside and out, to achieve a more attractive and modern look: migrate to a secure and supportable backend, update and/or replace 3rd party services integrations and provide site administration support, as well as content management training, come up with an updated design framework that can be used for other Modern Trader Media assets and implement it.

According to the client’s requirements and reference he provided, we came up with a new design — completely different from the previous one and resembling a paper magazine. One of the design’s specific features is a set of custom elements that can be used to highlight different content on the pages and make the user experience more enjoyable.

The updated design allows editors to fill the homepage with different types of highlighted content to satisfy business needs and sponsored content placement.

Customization was required for:

Drupal 8 itself was one of the challenges of the project — at the moment of content migration from the older version, some of the required modules were quite unstable and had constantly changing APIs. That caused cross-module incompatibility problems. To solve these problems we installed and wrote module patches.

There are also not enough contrib modules yet: beta, alpha, and sometimes even code from development branches.

That’s why a lot of custom modules were created during the development process. Some of them included simple tweaks for existing Drupal contributed modules. For example, Mailchimp forms customization or Views exposed filters customization. But some other modules had quite tricky functionality. For instance, we built a module that added Entityqueue Views Bulk Operations functionality and module that brings paging functionality for nodes having large amounts of data in its fields.

Part of the work we have done was replacing a deprecated Open Add Stream service for Google Adsense. Among others, we have also set up Mailchimp and Fastly integrations.

After the migration was complete, we implemented the updated design.

Comprehensive support was provided to the content management team

We have successfully migrated the FuturesMag website to a new version of Drupal with all the content, cleaned up taxonomy terms, provided instructions on how to manage content on the newly designed website and integrated the website with a few 3rd party services, such as Google Analytics, Google Adsense (for ads management), Mailchimp (for sending email campaigns), Fastly (as web accelerator). Now the number of users is scaling up again and introducing Google Adsense helped to monetize the website.

After purchasing FuturesMag.com, access to some 3rd party services was lost. And one of them was Open Adstream – an ad management service, that was also announced deprecated. Ad placement is one of the most important features to monetize the FuturesMag.com website successfully.

To replace Open Adstream we proposed Google Adsense and integrated it.

Now the client has full control over ad placement and access to ads statistics. Ads are now shown properly.

FuturesMag.com was first built using Drupal 7 and was not supported properly since it was built. As a result, a large number of Drupal modules were outdated that caused security issues. In addition to that, Drupal 7 support will end in November 2021.

When we started content migration development, we also found that there are some modules in the old Drupal 7 sites that were old even for Drupal 7. For example, the old site used the Nodequeue module instead of Entityqueue or Node Reference instead of Entity Reference. Drupal 8 Migrate framework assumed that Drupal 7 site is using Entity approach everywhere, but this was not the case.

We did a pre-migration job that prepared content for further Drupal 7 to Drupal 8 process. For example, we replaced all Node Reference fields by Entity Reference keeping all its content. We also found a module that helped us migrate Drupal 7 Nodequeues to Drupal 8 Entityqueues, but this module did not work properly and in order to fix that we applied needed patches.

After that, Drupal 7 site was fully prepared for smooth content migration.

In the end, we have performed a migration to the latest Drupal 8 version – its usage guarantees active community codebase improvements and easier migration to the next major Drupal version. All of that provides a longer security and feature support.

When content and most of the functionality were migrated to a new site, editors started creating/updating content. Drupal allows editors to choose different types of text formats when filling text fields. However, different text formats imply different content validation rules, because of that it is better to have one text format for a particular field. It was easy to change it in Drupal settings, however, the problem still existed for the already updated content. Text format value was wrong for these nodes and it was not possible to set the correct text format value for these nodes manually because of the vast amount of affected nodes.

We wrote an update script that would automatically switch text format value for the proper one for affected nodes.

When solving the initial problem with wrong text format values for content nodes we met another problem related to updated “changed” date values. As a result, we found a way to solve both problems: update text format and keep “changed” value the same. 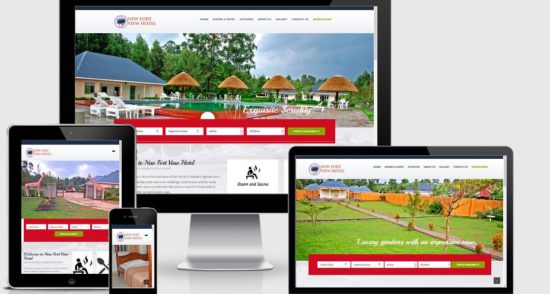 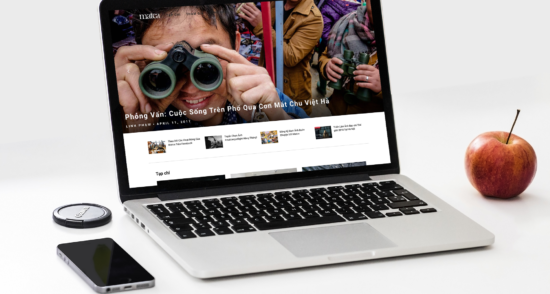