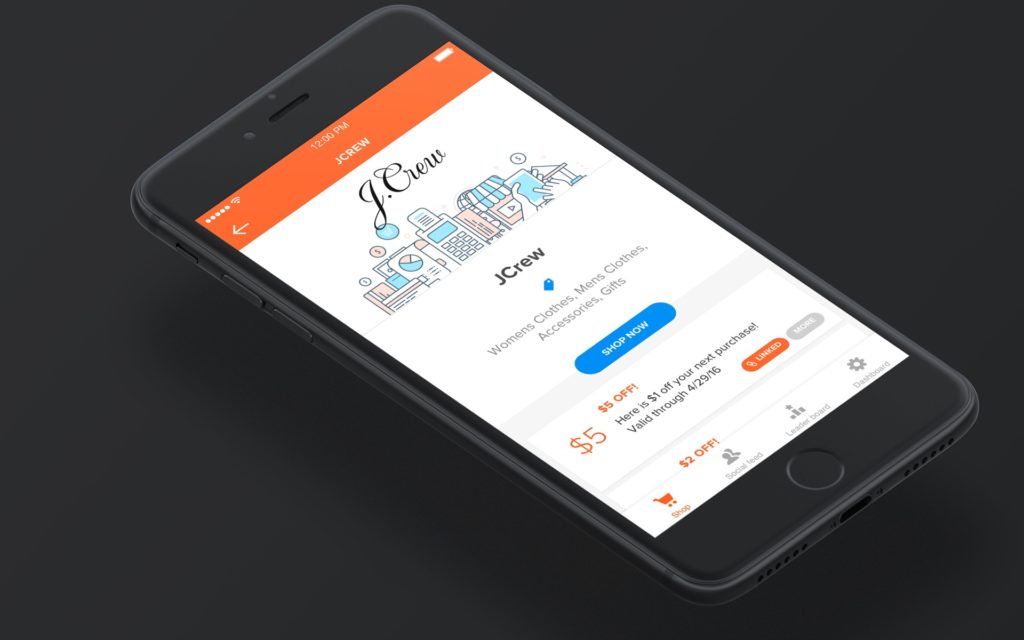 An iOS shopping app allowing for a part of users’ cashback to be used to reduce CO2 emissions.

Climate change is one of the major threats to the planet, and more people than ever acknowledge it, but most feel like they can’t make a difference or make a tangible contribution.

A company called Soli decided to address this and come up with a solution where users could not only contribute to protecting the environment but also easily track their contribution.

Their idea was to create a cashback service with a loyalty and reward program that automatically spent a part of the cashback to help fight climate change.

A carbon credit is a generic term for any tradable permit representing the right to emit one tonne of carbon dioxide. A part of the user’s cashback would be used to purchase these carbon credits and retire them without using, preventing other users from purchasing and actually using them for polluting. 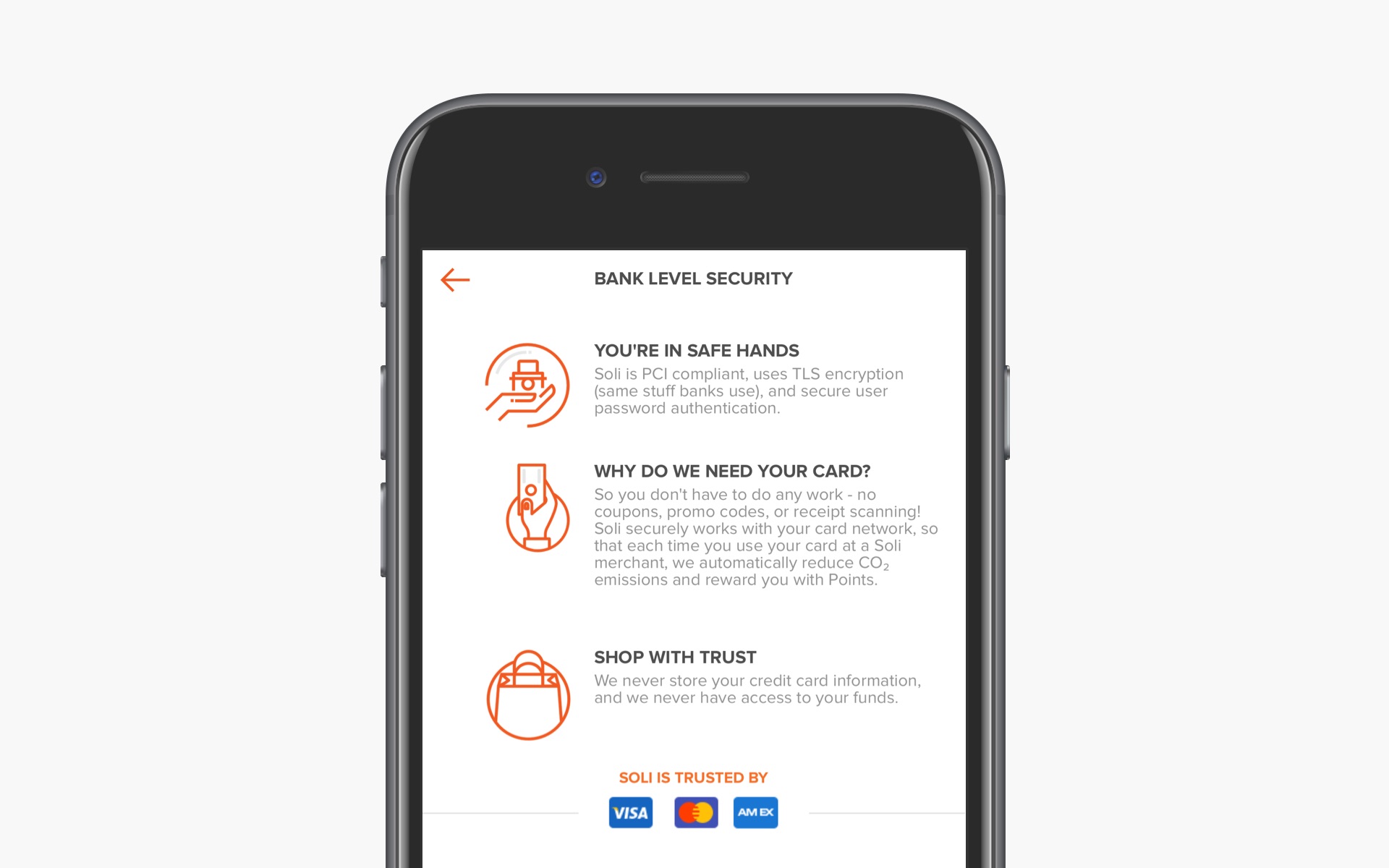 Soli decided to start with an iOS app and chose Exyte to build it. The main task was to create a responsive and native shopping application where users spend money on goods and services, allowing for a part of their cashback to be used to reduce CO2 emissions.

The app should be easy to use, have a wide selection of partners and make it easy to see how much the user helped in protecting the environment.

Soli didn’t have fixed requirements and Exyte was involved in each step during the development process starting from the idea, wireframing, design, implementation and testing. 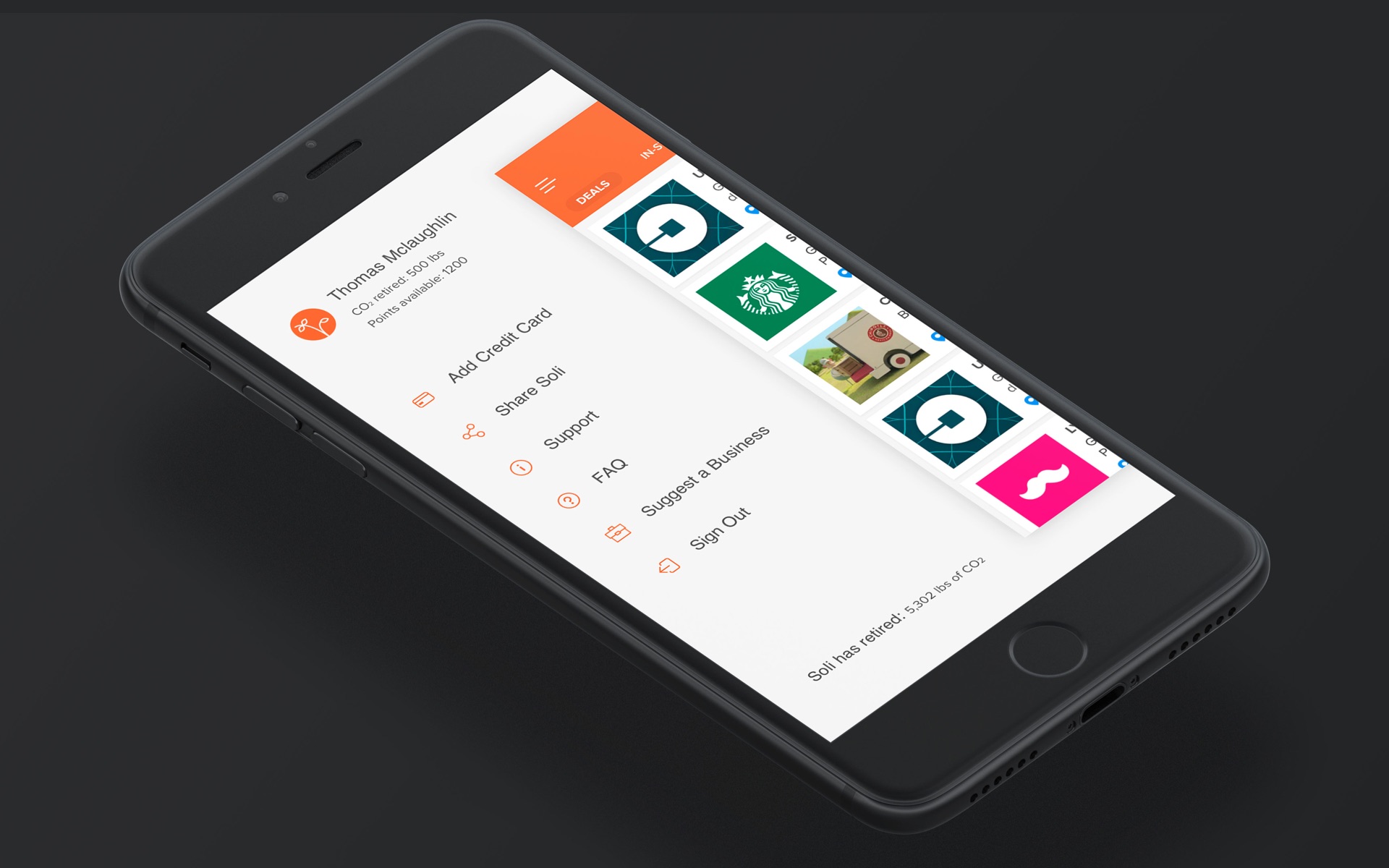 To provide a comfortable experience, the Soli app allows you to shop both online and offline stores. When shopping online, a user selects a category and can then browse available online shops for this category. In the case of offline shopping, the user sees a map of the shops, restaurants and cafes around him with their details and available deals.

To motivate users to shop more (and subsequently contribute to environment protection) we added gamification to the app – by making purchases users earn statuses and badges. 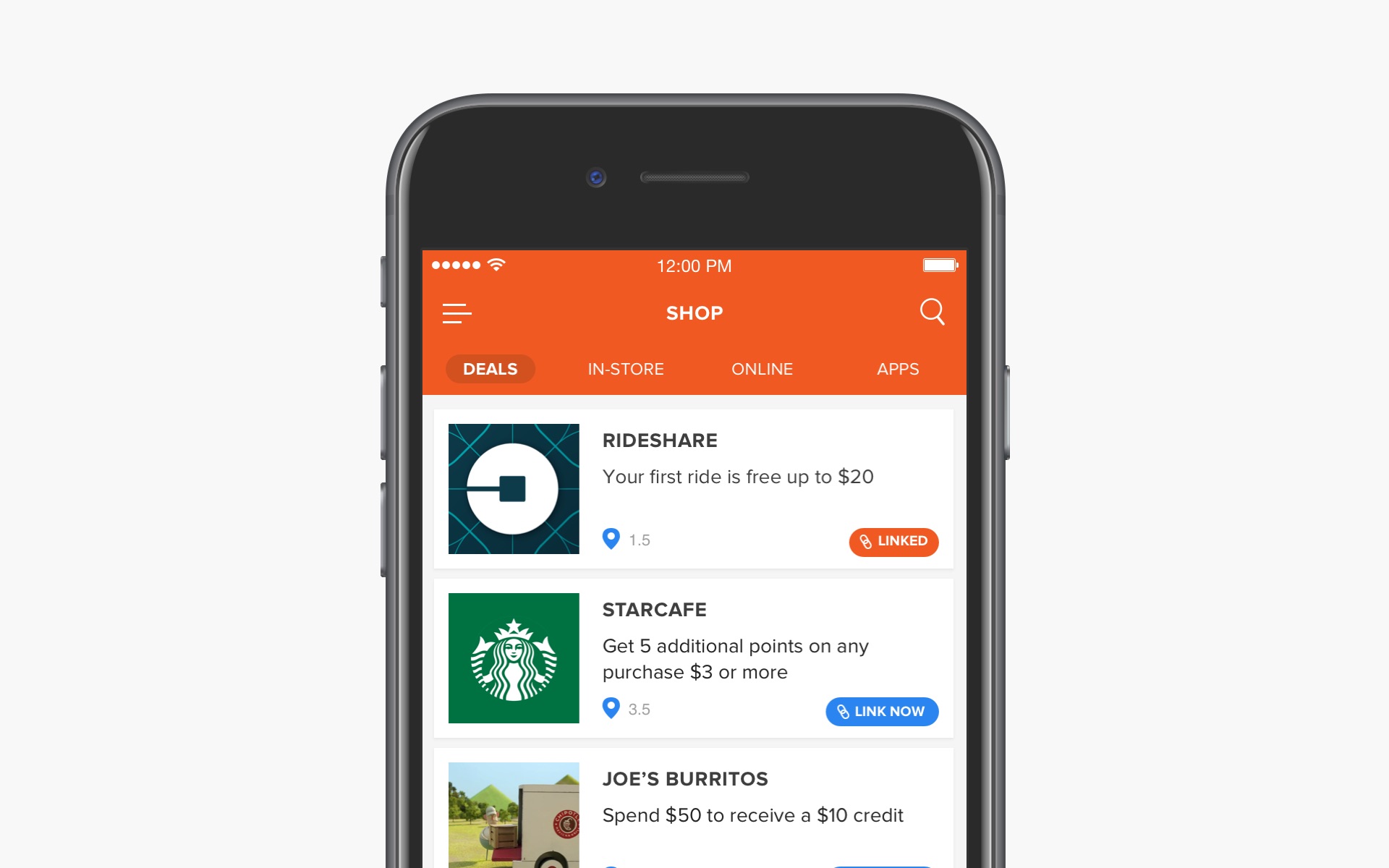 It was essential to have a lot of companies connected to the rewards program. Otherwise, a user would not find their shop or restaurant and leave the application. We decided to find a partner with an extensive network of connected shops, restaurants, and cafes and eventually selected Empyr to get a large selection of stores immediately after public launch.

During testing, we had to deal with the fact that Empyr doesn’t have a good categorization system that will allow a user to find the best store intuitively. Because of that, we built our categorization for the platform that allowed users to see expected categories like clothes, groceries, electronics, restaurants, cafes, cinemas, etc.

Another issue we decided to tackle was minimizing the number of not trustworthy businesses. To achieve that, we integrated the Yelp API to show other users’ ratings under each available place. 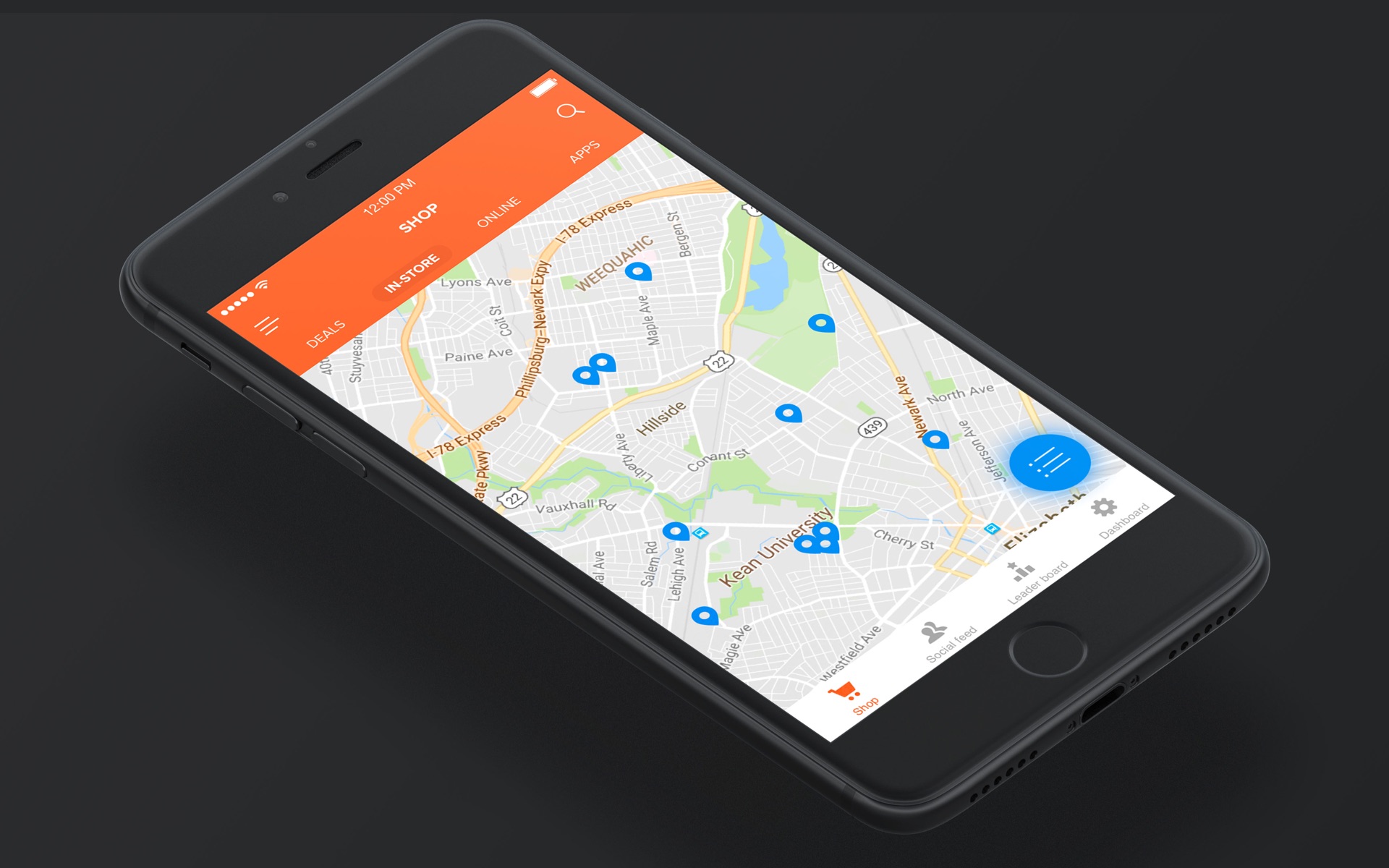 Since both companies were involved in all of the stages including prototyping and design, a reliable and efficient process had to be employed. We settled on having 2 meetings per week with Soli. During the first one, we had general planning and discussion of the progress. On the second, we discussed users’ feedback and ideas about how we can improve our application.

After each implemented major feature a new build was created and deployed to get immediate feedback from Soli and the QA specialists to catch all potential problems early and discuss different design options. Constant experimentation and tweaking helped realise which decisions were not optimal and which deserved to stay in the final product.

To collect users’ feedback Soli organized regular QA sessions at campuses of Boston University. Feedback from these sessions was invaluable in helping us adjust and polish the Soli app. 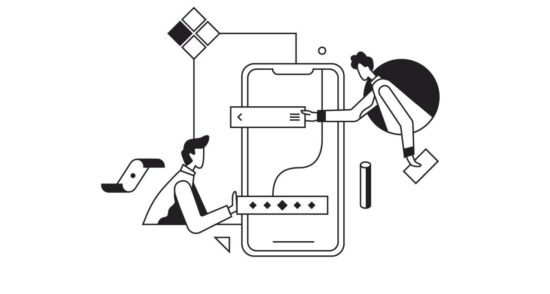