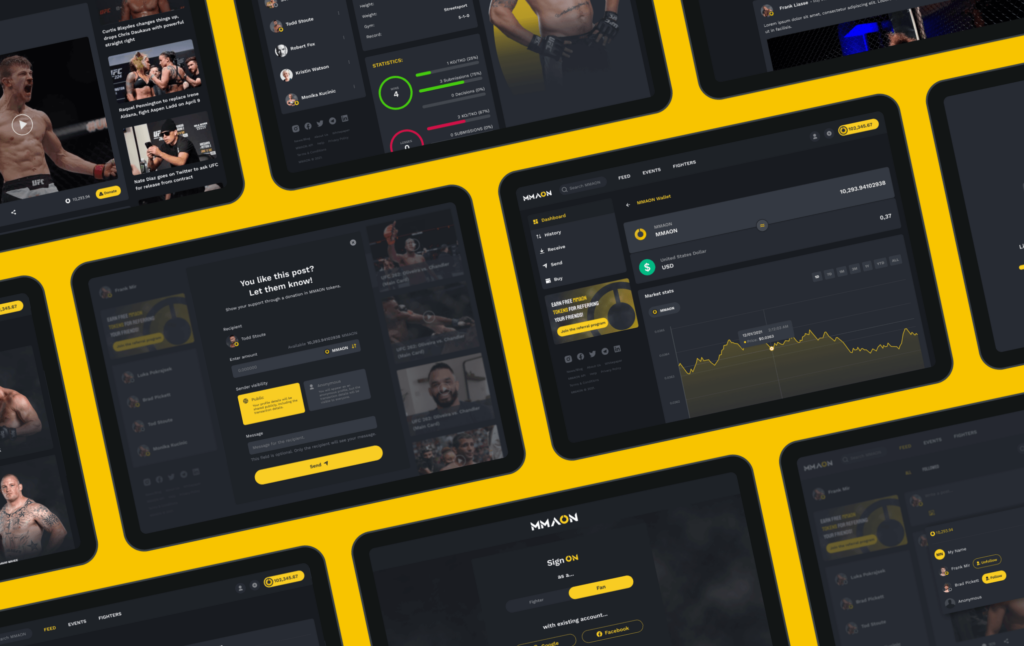 MMAON is a company aiming to create the biggest MMA fan network in the world and to encourage users to create great content and be rewarded for it.

Only a minority of all currently active mixed martial artists can live off the combative practice. The remaining fighters are bound to have a primary source of income to afford the ability to practice, and everything said entails. This is where MMAON comes in — a platform that enables all those practicing the martial arts, alongside all those interested in the sport, to come together in one place which focuses solely on their point of interest.

The platform is created as a point of connection between fighters, fans, sponsors, and organizations whilst ensuring the community’s growth by granting a meeting point for all of the above-stated individuals alongside those wanting to learn more about the art of the combative sport.

At the start of the project, back in April of 2021, the MMAON community already had a page. Here they could read the latest news of the occurrences in the MMA society. Besides news, users also had an overview of upcoming fights or events relating to mixed martial arts and a list of artists practicing the sport.

The progress of the project can be divided into a total of 4 phases so far: 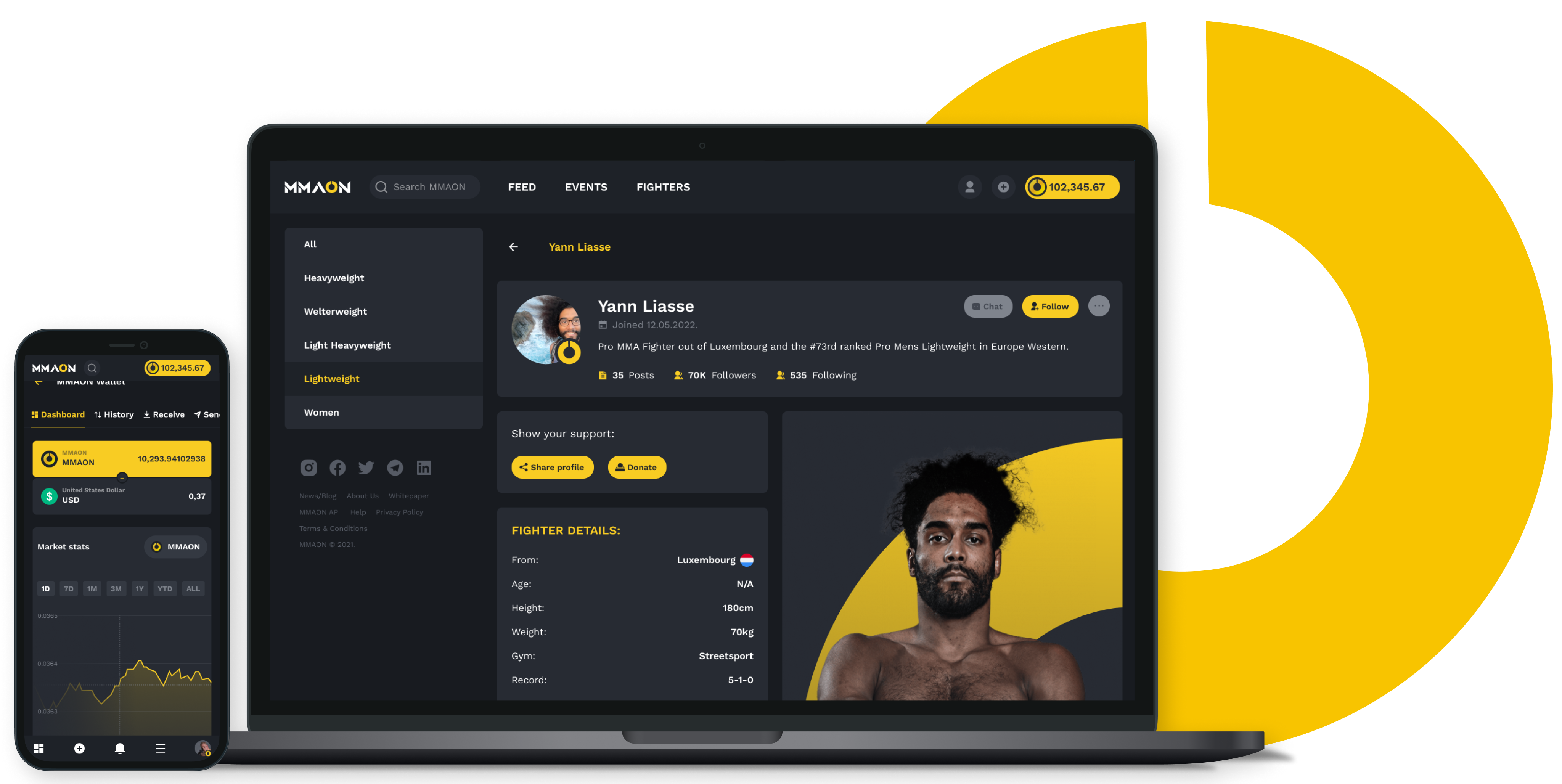 Our first task was to enable new features on the platform by primarily transferring the existing page onto the content management (CMS) platform. Aside from upgrading the website, the founders of the platform had the idea of creating their own token thanks to which users would be able to support and donate to the fighters of their choice.

As mentioned, the company already had a prototype web page at the start of the project. The beginning phase of our work with the company was transferring the existing interface — a landing page, news and events sections, and a fighter overview; from the current setup to WordPress, the aforementioned content management platform.

The company branding — entitling the logo and brand colors, was done by MMAON’s Creative Director. Our design team, however, helped redesign the existing features such as the landing page and the blog page. 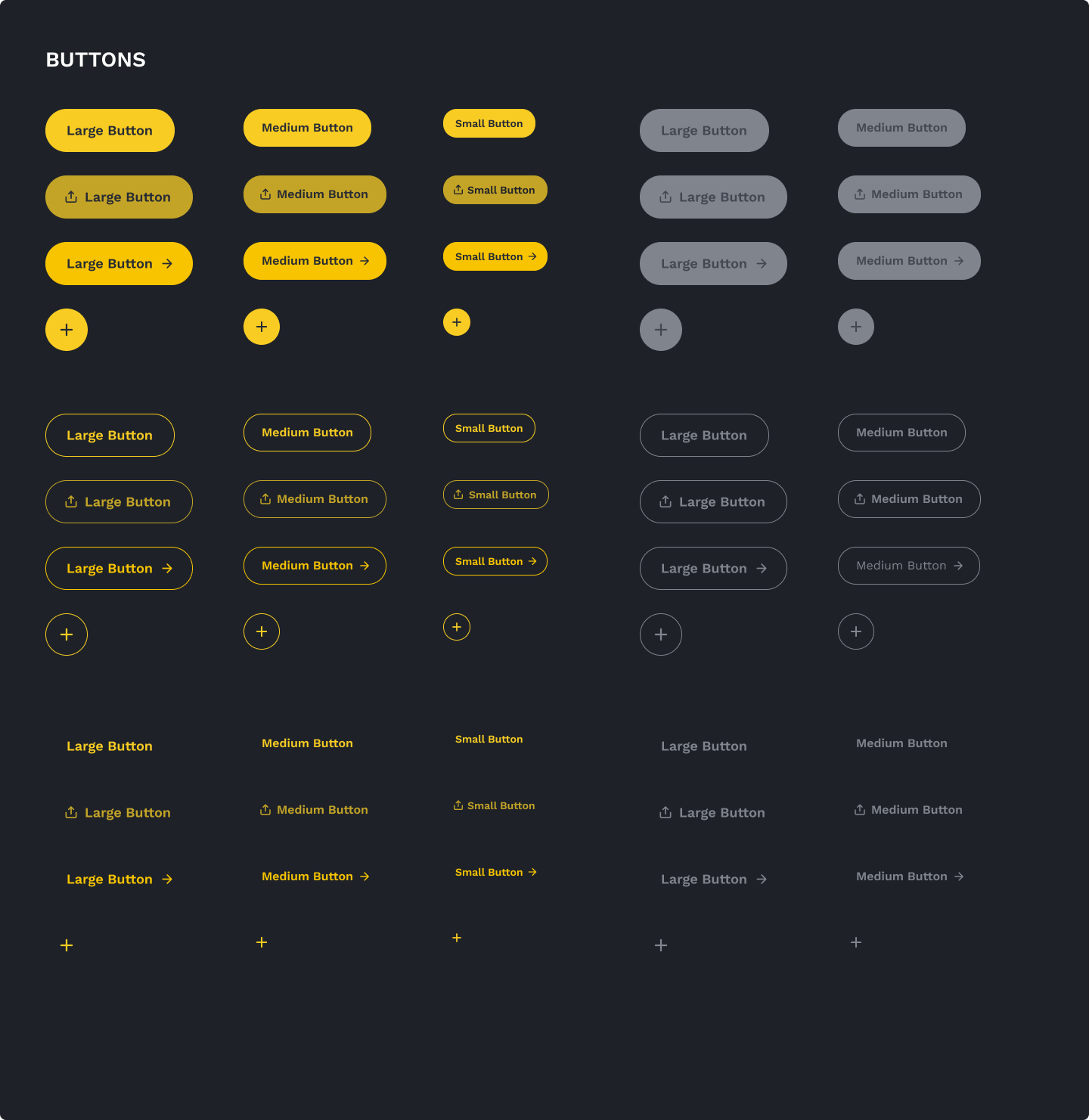 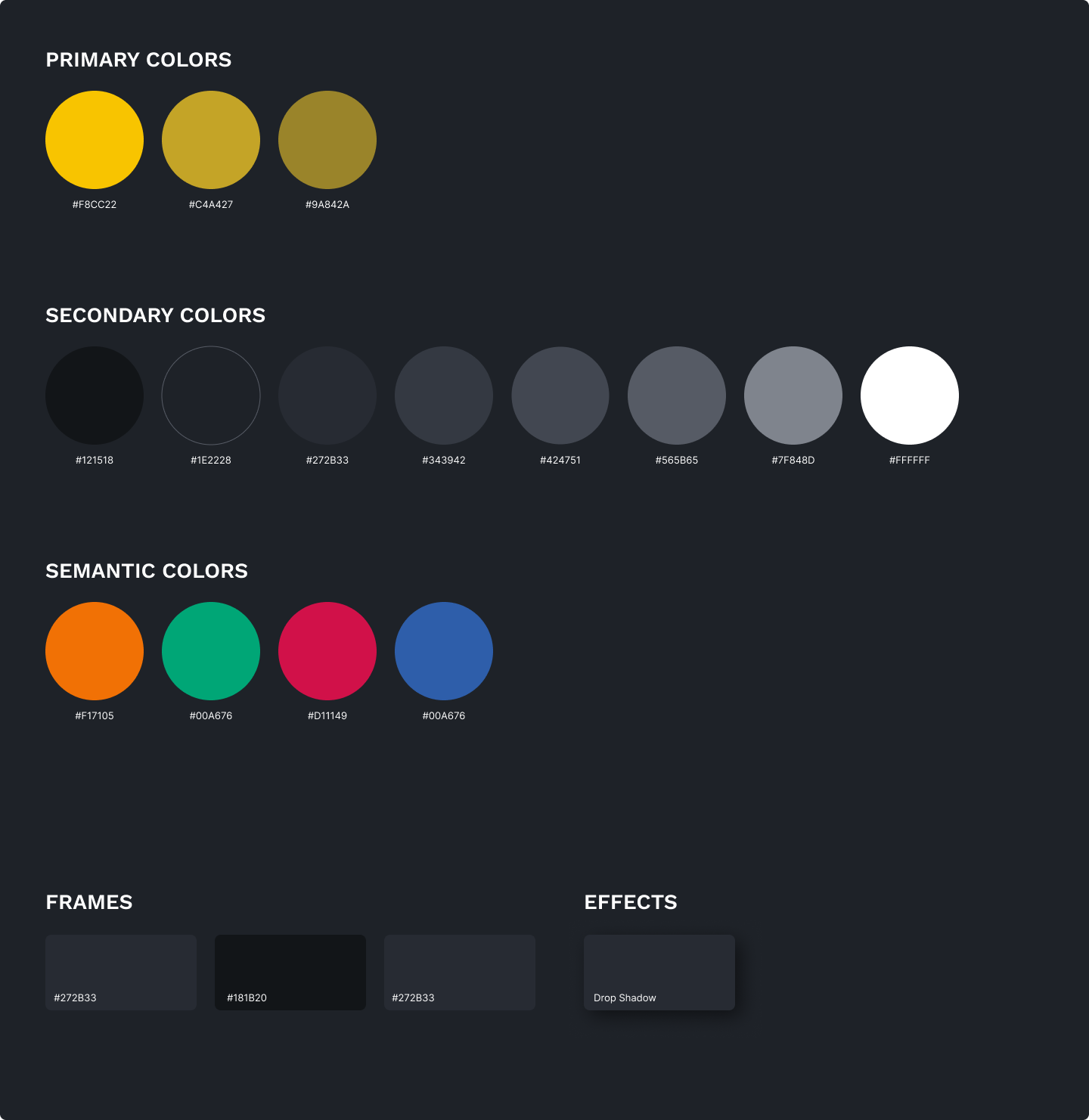 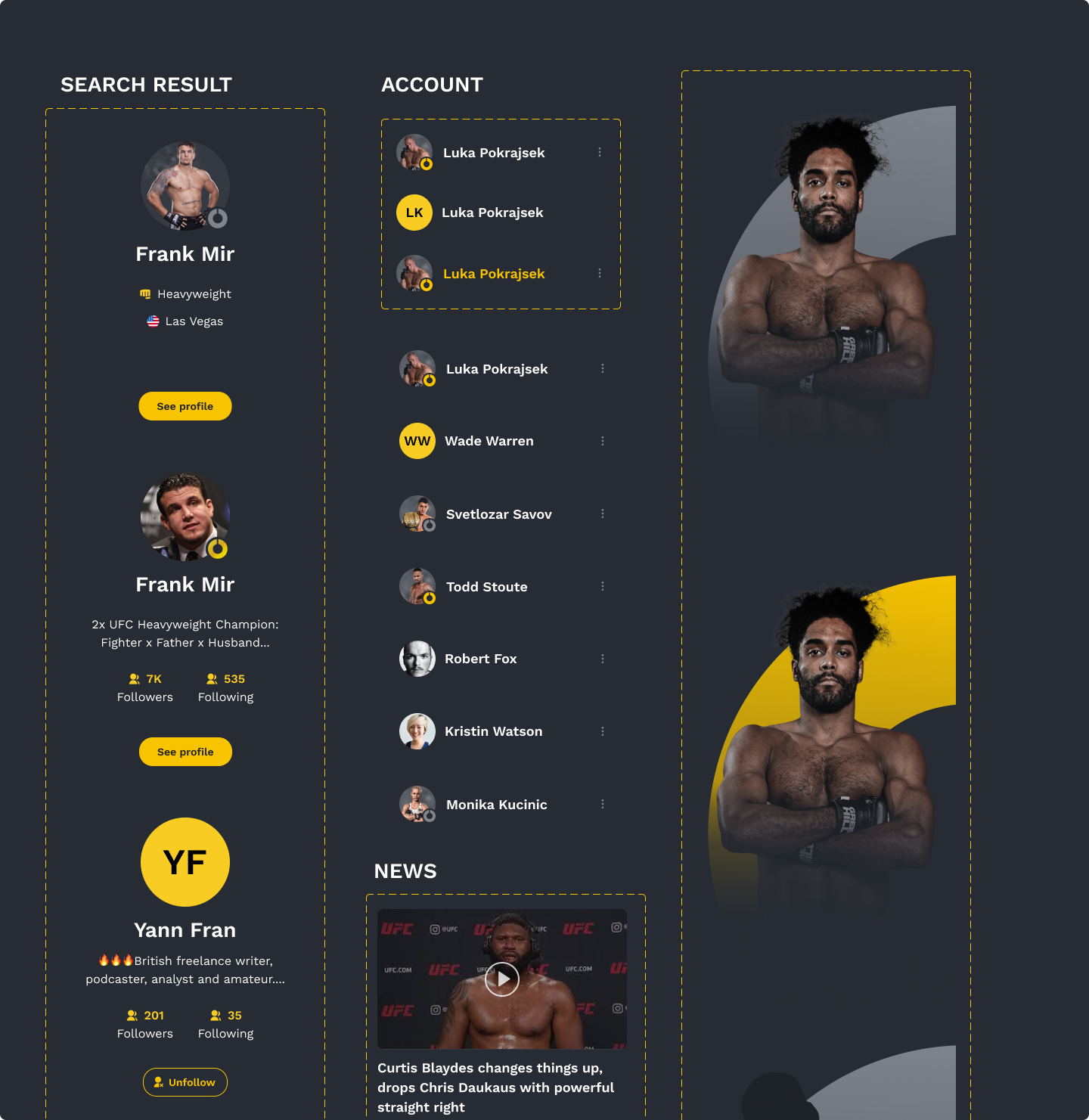 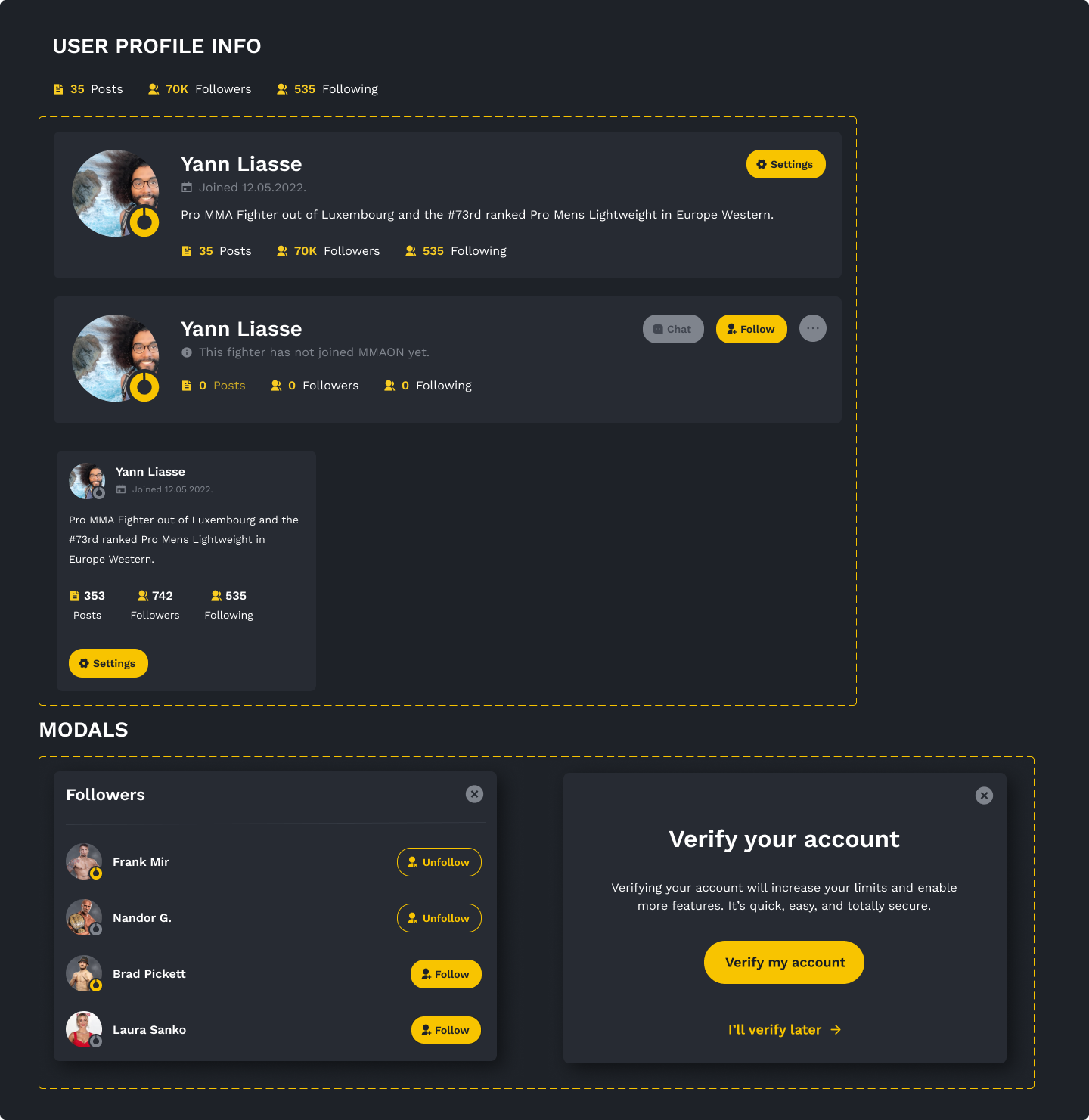 Our team also partook in creating the design for the wireframes and sitemap of the entire app. Besides the visual and conceptual guides, the designers also started working on creating screens that would then be implemented in the second phase.

The project’s second phase implied the implementation of the authorization flow and the fighter profile and user interactions. Upon the created design’s implementation, users could now access fighter profiles on which they could follow each fighter. The feed functionality was necessary and was, pursuantly, implemented by enabling the following option.

The main idea behind the platform was to enable fans to support the fighter. To do so, the platform had to have a wallet functionality. Before implementing such, we developed a referral program via which users could send codes, enabling them to receive credits. In the third phase, said credits will then be converted into tokens. To entice the users to use the referral program, it was created in the form of gamification — once a user achieves a certain amount of referral points, they advance through stages representing the MMA fighter categories. 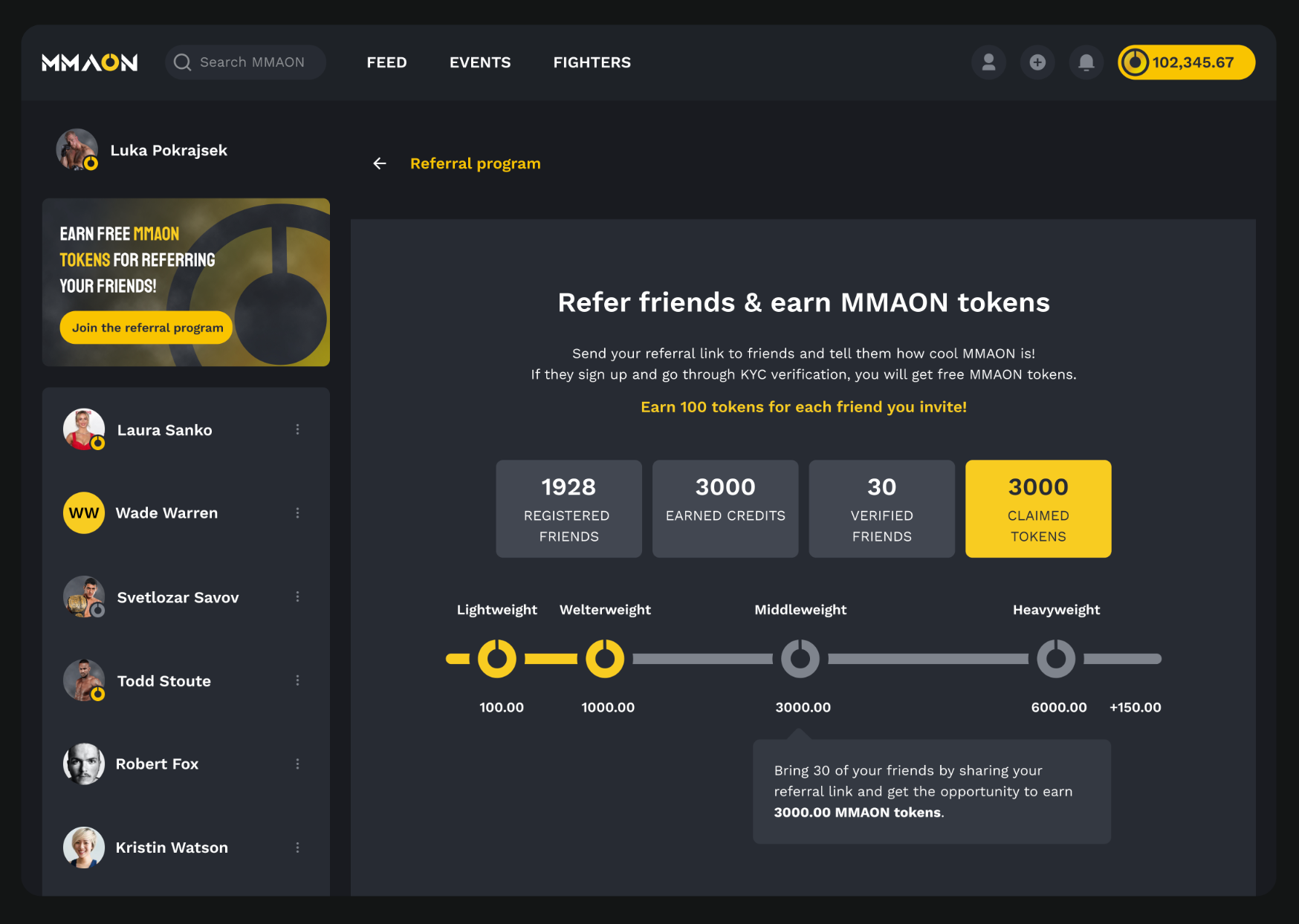 Rolling out the MMAON wallet, donation system, and KYC functionalities

The third phase, released in January 2022, entitled the release of the wallet and KYC functionalities. Given that MMAON’s initial idea was to enable users to donate tokens to fighters on the platform named after the organization – MMAON tokens, this functionality was now available for use.

Users were obliged to go through the KYC verification flow to collect their tokens. Once verified, each user can transfer their referral tokens from one user to another via the platform without surcharges, thanks to GateHub, a platform that enables users to trade. Thanks to the platform, users could now also send donations to fighters via their fighter profiles or post publications.

In the fourth phase, we upgraded the layout and functionalities of fan and fighter profiles. Also, possibly the best upgrade from the user’s perspective would be that all users on the platform can now create posts.

By implementing this functionality, each user can now also receive donations from one another. Be it a fighter or a fan account, every app user can create posts and transfer tokens to other users if verified. Another feature is the creation of the global search, which enables users to search and view app posts and all users on the platform.

After implementing all of the defined factors through the aforestated systems, a social platform with its own cryptocurrency was created. 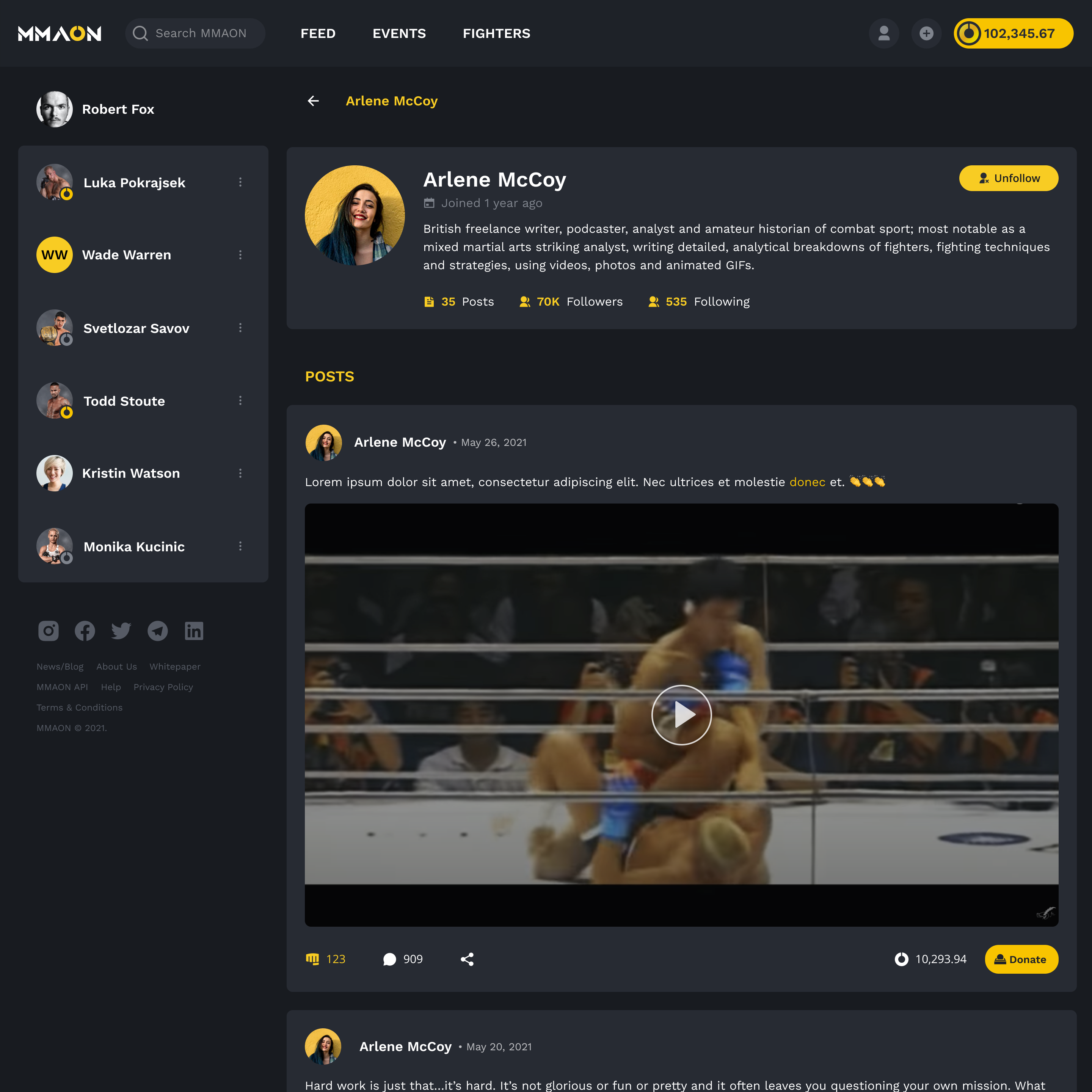 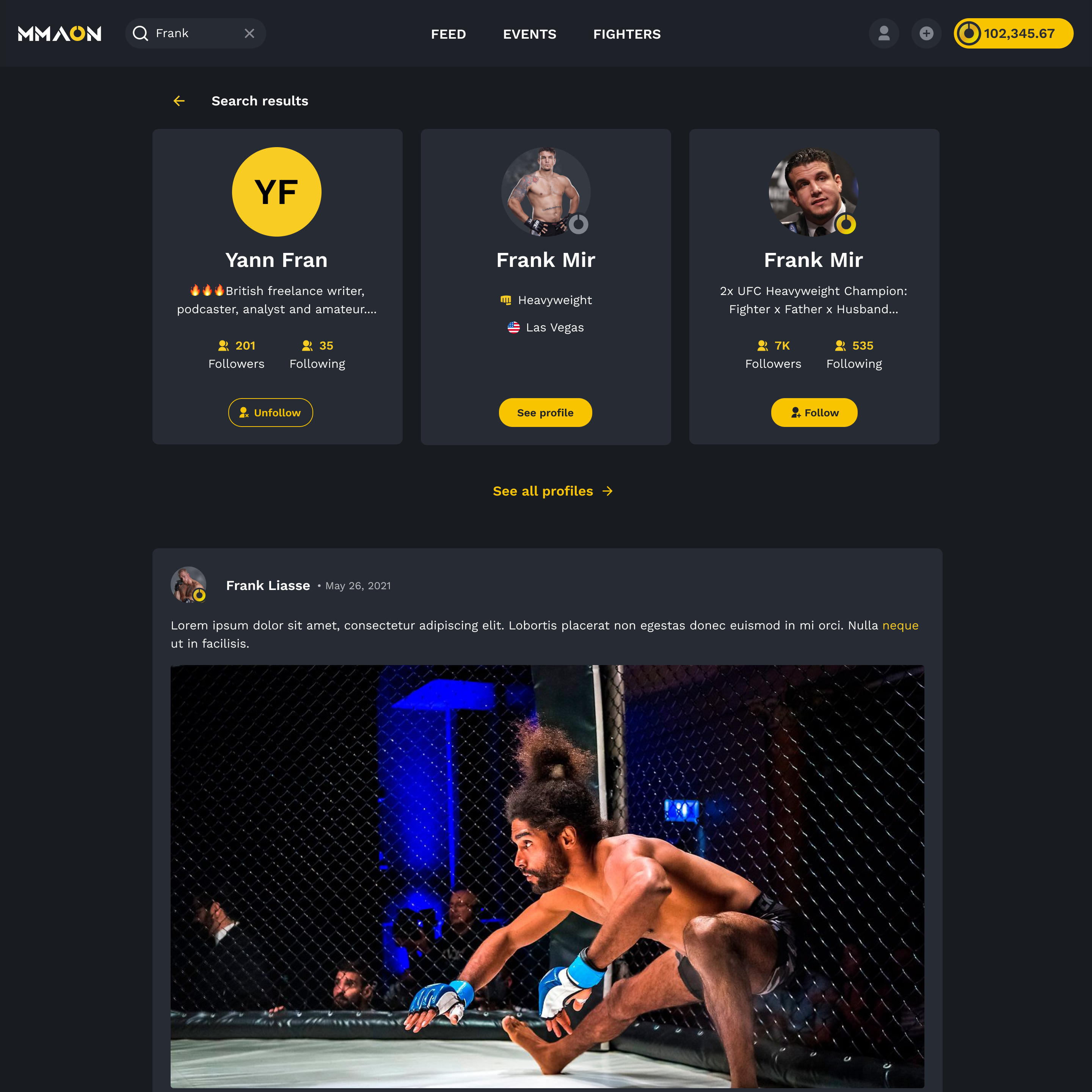 Ultimately, what has been achieved so far is a platform that is fully capable of enabling users to register into the MMAON community as well as being able to support the fighters that have verified accounts. The project has been in progress for the past 11 months.

Despite being active for such a short period of time, the site has garnered over 70 thousand users, during its first phase, in a time span of merely 3 months. Aside from the stated milestone, the platform’s users have, so far, since the second phase and release of the app’s wallet, been able to generate just shy of 50% of the stated amount of wallets.

We are very proud to say that each AsyncLabs department was included in the project’s development — be it Development, Design, Copywriting, or Project Management, everyone was able to contribute in one way or the other. 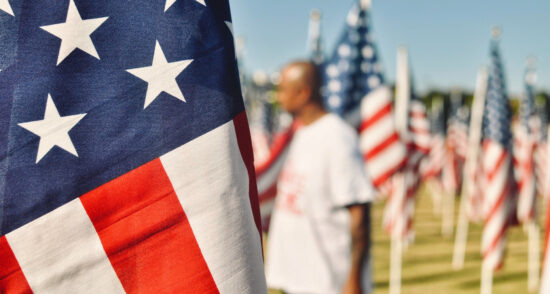 Bringing Awareness to a Cause Through an Omnichannel Strategy