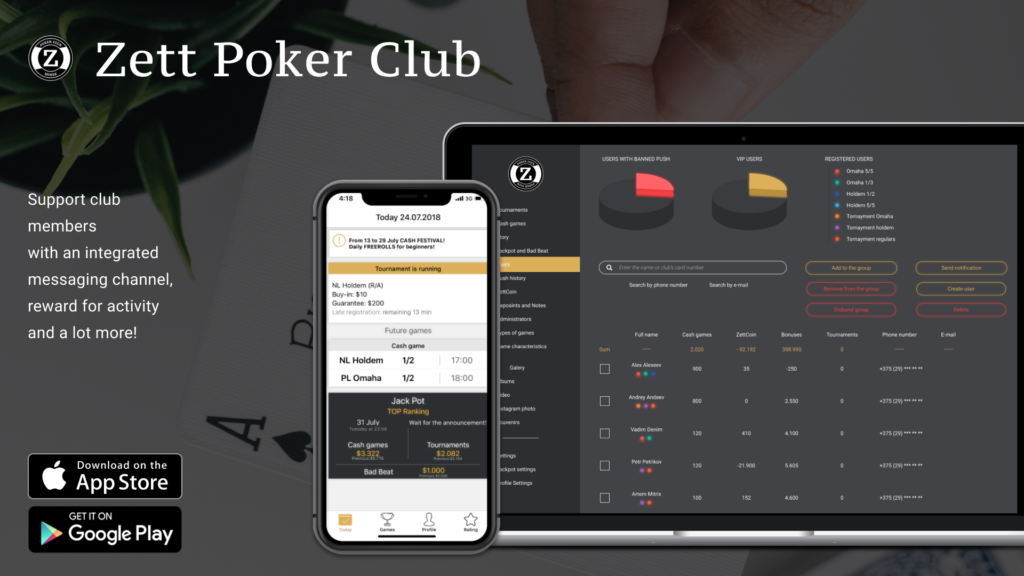 The Biggest Poker Club in Belarus – Zett was aiming to attract new members, build deeper connections with their current members, and promote it’s services to the next level. So they decide to create a mobile app for both iOS and Android devices.

One of the main requirement was to create a solution with a user-friendly interface to attract customers who aren’t familiar with the latest technologies. It was also necessary to develop and implement a loyalty program, so we decided to create the internal’s Club currency – Zett Coin.

After discussing Client’s goals, we decided on native apps with a mobile admin panel so dedicated Administrator from client’s side could control the product and change some of its content by himself.

Our UX/UI designer created mockups of the apps, which we used in the subsequent development. After it dev team built native Android and iOS apps, tested and launched them into the Play and App stores. Now we continue to support the apps.

As a result of implementing mobile apps into Zett Poker Club “ecosystem,” their cash-games and tournaments have started much faster. It’s also featured new players in the three months since the apps launched. The admin panel has brought to the business owner peace of mind by providing all the statistical information right in the app as well as an easy-to-use controlling tool.

The final solution has brought in first-time customers and given valuable transparency to success measurements. 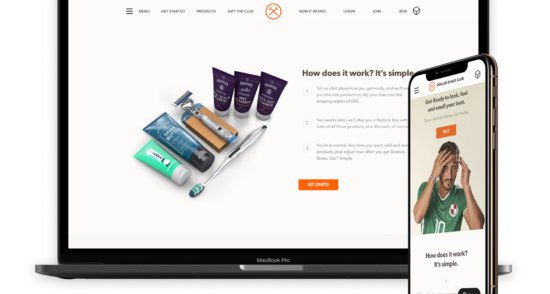