Netflix partnered with us to lead the launch of Unsolved Mysteries’ revival in 2020. Our goal was to get original fans to start talking again.

Netflix partnered with us to lead the launch of Unsolved Mysteries’ revival in 2020 amidst an ever-changing social climate, with zero paid media, no iconic host, and a saturated true crime market. Our goal was to get original Unsolved Mysteries fans to start talking again.

Nearing the series-debut, we shut down Unsolved Mysteries social accounts for 48 hours with a literal ‘Closed Crime Scene’ — signaling to fans new mysteries were coming with a hidden message revealing the release date. Two days later, and just one week before the series debut, we dropped the trailer — revealing a first look at Netflix’s six haunting new mysteries.

In just 24 hours, the video racked up nearly 500K Video Views, and a 313% lift in Brand Mentions from the day prior.

As the campaign went on we created private Facebook Groups, dropped behind the scenes on Reddit and interviewed actual suspects for dramatic never before seen content. 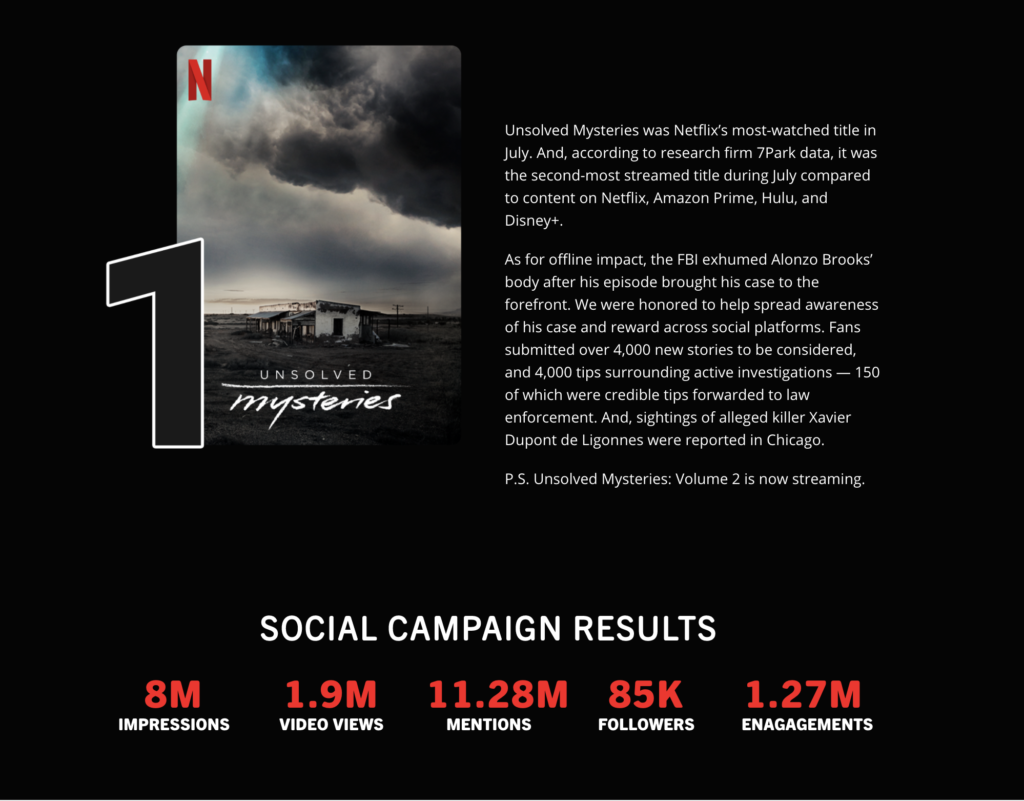 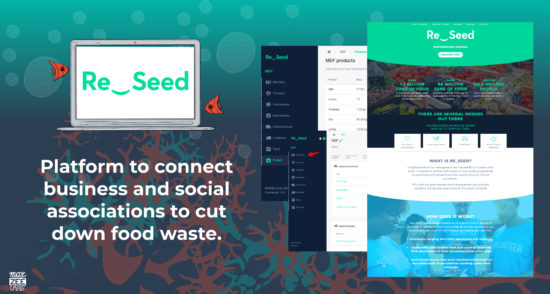 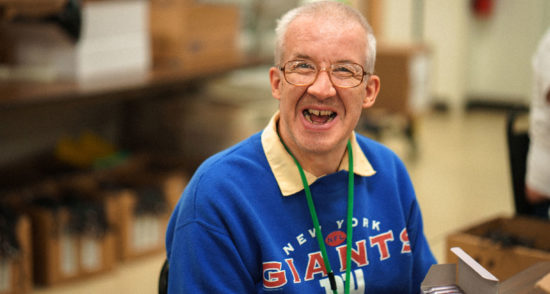 ""Mission Disrupt has been a dynamic markeitng partner for our …"