We created a Premier League first: CherryBot. A chatbot personality which interacts with fans through emotion recognition & intelligent conversation.

Being lifelong AFC Bournemouth fans, we wanted to combine our love of the club with our passion for emerging technology. We spoke to our good friends at Microsoft about their AI and chatbots technology, and the idea for CherryBot was born.

There is so much drama at a football match we wanted to capture and share, so we thought of a way to do this by using Microsoft’s emotion API – an artificial intelligence that analyses different emotions in people’s faces and grades them.

To encourage fans to interact with CherryBot we introduced a selfie competition, a Man of the Match voting system, and highlights from previous matches. In addition to this, we added links to the store, sponsor information (Umbro) and general FAQs, plus fun fan features such as chants and Easter egg videos.

The chatbot was hosted on Microsoft’s Azure platform to enable scalability on the day of the match.

The selfie competition works with Microsoft’s emotion API by analysing the photos that are uploaded. Firstly the API scans for inappropriate content (we had a lot of fun testing that!), and then for the emotion on the fans’ faces. It is able to identify Anger, Contempt, Disgust, Fear, Happiness, Neutral, Sadness and Surprise, with CherryBot responding to the fans accordingly. It can also recognise group shots and pick out the emotions of the individuals.

Fans are encouraged to upload selfies during the match using Facebook Messenger, where Microsoft will work its magic and send back a rating on the emotion in the fans face.

In total, more than 370 selfies were uploaded, with more than 1,150 unique Facebook users interacting, sending an average of 17 messages per person, resulting in more than 19,200 messages sent through the chatbot.

There were also more than 3.2 million impressions across social media from launch through to midnight on matchday. The average user was a male (73%), aged 35–44 (23%) from the UK (89%) using iOS (32%). We had users from five countries including The USA, Australia and Portugal.

The main issue we faced was the varying questions CherryBot was asked. We tested significantly before launch amongst the agency, the club and the university as well as friends and family, but we couldn’t have anticipated the sheer volume of questions and the way that they would be asked. Microsoft’s natural language processing service (Language Understanding Intelligent Service) is able to understand intent and context but it still struggled in the early stages. Questions ranged from “Why can’t an away fan get a beer” to “When is the World Cup?”.

With such a successful launch, discussions about making CherryBot a permanent fixture at AFC Bournemouth are well underway, which would include further developments, additional features and enhanced interaction. 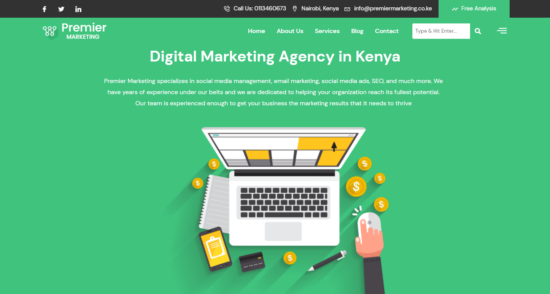