Flutter applications for iOS and Android – Building an app in a short time is now possible with Flutter, which is a fast, has smart UI and less costly.

In Today’s Article, we went discuss in detail that how Flutter is providing uncountable advantages to build native iOS and Android applications. If you are reading this first time than the most common questionaries is that What is Flutter? No worries, I have discussed this in depth into my earlier blog.

An introduction to Flutter app development with expertise flutter developers

Let me give you a short brief about Flutter. An Open Source From Google which is developed to enable a mobile UI framework that helps to build native iOS and Android application with a single codebase known as Flutter.

The Aim behind Flutter creation is to help developers, more improvements towards the application’s quality, speed, attractive design in order to connect more users. Flutter is supported by different IDEs like VS Code, Android Studio, and IntelliJ.

Why Is Flutter Best for Mobile App Development?

Without the limitation of OEM widget sets, highly customizable and brand driven UIs can be developed.

High-Speed App on Each Platform with the Dart Development Language

A Client-optimised language with flexible tooling and powerful framework is Dart. Dart is known as Flutter’s programming language which is used to create critical and high-quality applications for iOS, Android and the Web. By the introduction of the Flutter framework, Dart language gained popularity in the IT market.

A new game changer that has taken place in the market is Google’s Flutter which is a cross-platform framework. Flutter increases the developer’s productivity as if any change occurs than any developer has to re-build app again to cross-check the behavior in the simulator as well as in the device.

For example, if developer trying to develop Quiz App for Android and IOS with Flutter or Mobile Apps With Flutter and Google Maps than developer must need to cross-verify Quiz App and Map feature multiple times into simulator and device both to deliver the best app.

The key advantage of the Flutter framework is that it has a shorter testing phase which means in-built testing support. Flutter doesn’t require any testing plug-ins or tool. App development is tiring and stressful. An app developer has to make many versions of the product to deliver it across different platforms.

An advantage with Flutter is that the app developer has to write the code only once as Flutter is an Ahead of Time compiled compare to other native app frameworks as they are just-in-time compiled.

Building an app in a short time is now possible with Flutter, which is a fast app builder, provides smart UI, has customization features and is less costly within a limited budget. 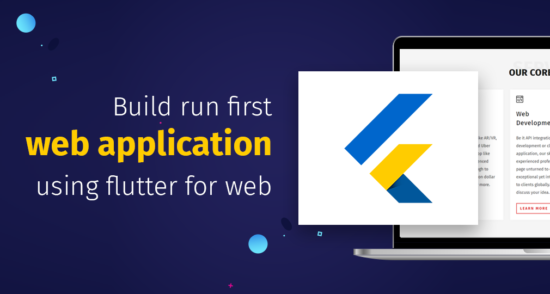 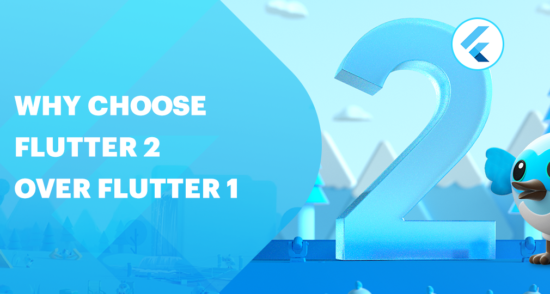 Why Choose Flutter 2 Over Flutter 1?