Software-defined networking (SDN) is the latest terminology in the IT industry, which gets popular every year. Network engineers have heard about how the whole network will be programming shortly. Besides, there will be a fear that programmers using C/C++, Java, and Python will replace their positions inside out.

What is software-defined networking?

Increased control at a greater speed and flexibility

With software-defined networking, developers no more manually program various vendor-specific hardware devices. Developers control traffic flow over a network by programming an open software-based controller. Moreover, networking administrators have more flexibility in selecting networking equipment since they choose a single protocol to communicate with any hardware devices via a centralized controller.

How does software-defined networking work?

There has been increasing growth in cloud applications, multimedia, mobile usage, and more. Thus, outsourcing software development services are trying to figure out how to manage the havoc and change traditional networking models. Many dedicated development teams look for a software-defined networking technology to change their network designs and operations.

With a centralized control network, bandwidth management, restoration, and policies have become optimized. Users get a holistic network view. A logically-centralized approach means resources reap the benefits of intelligent control and management. It results in devices operating with little awareness of the current state.

Using software-defined networking technologies, administrators separate services and applications from physical hardware and connections. It means your applications will connect over the network infrastructure with the use of APIs between OSS and BSS, and assurance systems.

Software-defined networking features interoperability and openness. So dedicated development teams acknowledge the features of SDN. The interoperability enhances a vendor-neutral system. The use of APIs enables cloud orchestration, SaaS, and business-critical apps. Intelligent SDN control hardware using programmatic interfaces like OpenFlow. Besides, intelligent network services and applications run in the IT software environment.

VMware NSX – One of the biggest software-defined networking examples

This software-defined networking example is virtual and security software for SDDC. It provides cloud computing on the VMware network. VMware NSX uses a network hypervisor to distribute network functions like switches, routers, and firewalls.

It uses open protocols to control the virtual and physical devices which are responsible for routing data packets.

This type of software-defined networking uses programming interfaces to control data flow from each mobile device.

Overlay SDN opens a virtual network above existing hardware. It will provide tunnels to get channels to centralized data. Overlay SDN also allocates bandwidth in the channel and assigns devices to each channel.

The type of SDN combines software-defined networking and traditional networking. It allows the optimal protocol to be assigned for different types of traffic.

Traditional networks allow dedicated development teams to control network resources and traffic through hardware devices. Since networking administrators integrate the control and data planes in the traditional networks. If there is any change, even the smallest one, it will take weeks to complete the change as the change has to be completed step-by-step for each device.

The software-defined networking differs from traditional networks. It means that network administrators have to control completely by hand through the software and the controller communicates directly with software applications through open APIs. Outsourcing software development services can program the network directly. If there is any change in a network, it will easily be made in the lockstep. 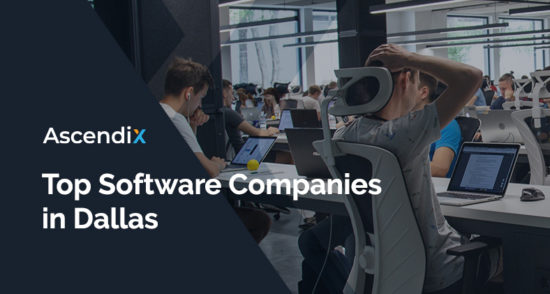