In this post, we will talk about the potential impact of Apple’s new policy. Also, we analyze how iOS14 changes are hurting small businesses.

Facebook once said, “Apple’s new iOS14 policy will have a harmful impact on small businesses that are struggling to stay afloat and on the free internet that we all rely on more than ever.” Let’s see if this is true. In this post, we will talk about the potential impact of Apple’s new policy. Also, we analyze how iOS14 changes are hurting small businesses. But first, let’s recap these changes. So that we’re all familiar with the terms used in the rest of the article.

Apple announced that they’re concerned about users’ privacy. So they introduced a new way to limit advertisers from tracking users’ activities online. They did this by limiting the access to users’ device identifiers (IDFA) and giving iPhone users the ability to allow or disallow access to their IDFA by the app. So far, so good.

As a replacement for advertisers, Apple introduced a framework named SKAdNetwork that will send basic information such as the ad network ID and the campaign ID. Access to IDFA is restricted unless the user allowed it to both the advertiser’s app and the ad network. The advertiser will still receive conversions, just not on the individual user level.

However, there are a couple of limitations such as a random timer to make the in-app action anonymous, a maximum of 100 campaign IDs, and a hidden privacy threshold that only Apple knows. (As a side note, all this doesn’t apply to the Apple Search Ads channel.)

This means that advertisers have a limited number of campaigns. Very limited access to user-generated data and that data only passes through Apple’s SKAdNetwork. More importantly, these limited data can’t be accessed until the privacy threshold is reached. But Apple doesn’t want to tell advertisers how high this threshold is.

Facebook was the top platform advertisers use to reach iOS users and grow business, the platform had a very effective advertising algorithm that knew when to show ads, what ad to show, and who will see that ad. This helped small businesses stay alive with minimum ad spending to maintain profitability.

However, with the SKAdNetwork, there are only 100 campaign IDs. The ad network can’t access IDFA and can’t track users’ purchases which means that all ad networks – including Facebook – won’t be able to know when to show an ad, what ad to show, and to whom. It’s pretty complicated. But you can read this article to know how the ad network algorithm worked and what will change due to iOS14.

Advertising algorithms were so good because they had access to our online purchases and accordingly were able to serve us highly relevant ads to maximize advertisers’ returns and help small businesses survive.

But with Apple’s new privacy changes, increased CPMs as well as other costs, but the most important part is effectiveness. Advertising algorithms aren’t as effective and efficient as before. Above that comes the threshold, which is a limit that advertisers have to pass to get access to already very limited data about their campaigns.

What challenges small businesses will face?

Now to practically think about what challenges small businesses will face, they need to pay more to keep up with the increase in CPMs and other costs, they need to somehow overcome the algorithm’s lack of effectiveness and efficiency. But most importantly, they must spend way more money to pass the threshold that gives them very, very limited data about the performance of their campaigns. A lot of them aren’t able to afford this.

These challenges are forcing small businesses to go back to the basics and employ classic marketing tactics. Such as focusing on ad creatives and brand recognition and using cheap ad channels and partnerships.

Facebook is also reacting and recommending steps that small businesses can take to improve their performance post-iOS 14. Including looking at campaign-level data instead of creative-level, waiting longer (a minimum of 72 hours) before evaluating performance, and configuring web events associated with positive outcomes to optimize against.

What does it mean to consumers?

Facebook says: “Our studies show, without personalized ads powered by their own data, small businesses could see a cut of over 60% of website sales from ads. We don’t anticipate the proposed iOS 14 changes to cause a full loss of personalization but rather a move in that direction over the longer term.”

Without personalized ads, we will see fewer ads from small businesses that can go bankrupt as a result. So we will have to buy the same product from a big company that will definitely increase its prices even more.

Apple isn’t playing fair, their own personalized ad platform – Apple Search Ads – isn’t subject to the new iOS14 policy or any of the limitations mentioned above including threshold, nada.

These iOS14 changes are a good step to ensure users’ privacy, and we all agree. But in real life, iOS14 changes are hurting small businesses. Your dad’s or grandpa’s store is set to die unless they can afford to spend a ton of money on advertising. Big companies are able to spend big. But that means that they’ll eventually increase the prices of their goods and services, which we will pay for.

SKAdNetwork is implemented, Apple is once again in control of users’ data. Apple Search Ads became a top destination channel to advertise to iOS users, and we can’t go back. But Apple could at least enhance their SKAdNetwork to favor small businesses that are beneficial to the economy. 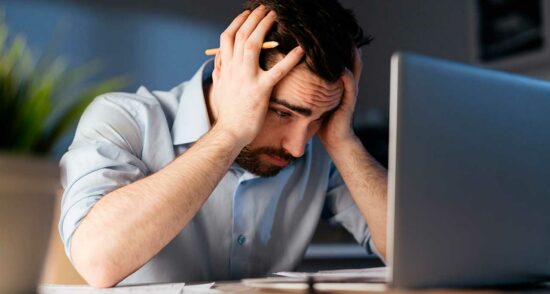 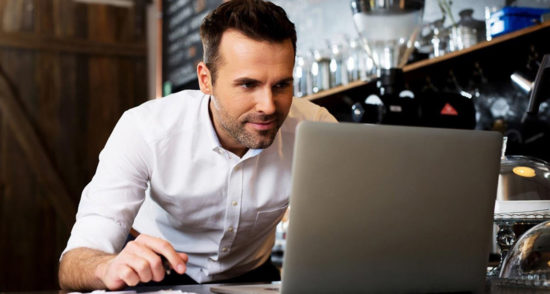 The Big Problem with Small Business Websites and How to Overcome Them!