We did all the calculations to give you a near to close estimate which will help you in your decision making.

This is probably one of the first questions that come to mind when you think of buying something. “Does it fit into my budget?” But when it comes to explainer videos, you won’t get a proper answer unless you get a quotation. And let’s be real, that is time-consuming. Going to every website and getting a quotation isn’t the best answer to your question. This blog will help you narrow down your search and give you a proper estimate as to what to expect once you step on the bandwagon of explainer videos.

So let’s start with the basics. The reason why everyone tells you that the costing “depends” upon the type of explainer video made is that every part of the explainer video has a different cost. An explainer video is divided into 5 parts, all of which are charged separately. Explainer video pricing mostly depends upon the length of the video but we have simplified it for you later in the blog.

This is how most companies charge when making an explainer video. They will charge you for all the phases given below. Of course, you have the option to eliminate any phase you do not want to get done. Like for example, a lot of brands send over their own script, which they then do not get charged for. All the phases are broken down in detail below so you can see how the cost is distributed.

The concept is something that the production house and the client decide by a mutual agreement. Sometimes the client has a clear picture of what they want. Believe it or not, more often than not, they give full descriptions of how the characters should look, what the storyline should be and all. Even after that, the video team discusses the concept in detail with the client, refines it and then shares the final version for approval. It is also important to note here, that not every video production house will ask you for your approval after every phase/step. It might depend upon the package you have chosen and also the company you are working with.

This part generally costs a minimum of $200.

This step involves the designing of the characters. Characters are hand-drawn and every expression is taken into consideration. From the eyes to the legs of the character, attention to detail is a must, which is why this part is usually the longest one amongst all 5. Once the team is satisfied, the designs would be shared with you and the necessary changes will be made. From then on, those illustrations are then sent to the animators to animate. This part also costs the most ranging somewhere from $200 to $5000.

This is the part where the rough sketches are brought to life. The sketches are animated, keeping all the minute details in mind. All the different slides for the video are animated and compiled. They are then checked to see if they all go well together, how the character transitions from one scene to another. Once this part is done it is a smooth ride from here on. This part can range from anywhere to $200 to $10,000. That is because the animations depend upon the length of your video, the number of characters and the transitions.

The script is sometimes given by the client, but If not the video production house is in charge of it. They write the script based on the ideas shared with them via the proposal. The script also depends upon the type of video being made. If the video is longer than 1 minute it would obviously require a longer script, which would, of course, increase your cost as well. If you are on a tight budget, you can get the script from your end and then share it with the team. If you do so, you won’t be charged for this phase, hence saving you money.

This is the last part, where you are charged for. The voiceover is recorded as per the video’s requirement.  It is almost always done in house by the video production team. This is not as expensive as other phases, which comes as a huge relief by now. It can generally range from $200 to $500.

All these phases have a separate cost. Now, you might want to check the complete cost before signing with a smaller explainer video production house, because sometimes they quote you a different price but then spring up hidden charges on you. Hidden charges might include the cost to edit or change something, the urgency of delivery and etc. But with bigger production houses that isn’t the case. They make it very clear what they are charging you for, so the other party isn’t in the dark. All in all, you can get a killer explainer video made for as low as $500. And that my friend is the most basic explainer video cost.

We hope you found this blog useful. To stay updated with all the latest happenings keep reading all our blogs or subscribe to our mailing list.

See Next See Next
Salman Khan 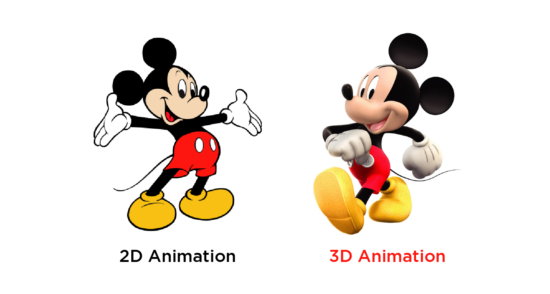 2D Animation Explainer Videos and How They Help Your Business Grow

2D Animation Explainer Videos and How They Help Your Business Grow