Snapchat has taken the social networking world by storm. Want to create a Snapchat app? Read the article to know more about Snapchat app development.

The success story of Snapchat is truly inspiring. A few college students get together and come up with the idea of a photo messaging application. Everyone thinks of it as an idea that has no merit.

Fast forward a few years and they have Facebook and Google offering a whopping $ 3 to $ 4 billion to buy it. What do these young entrepreneurs do? They reject the offer.

Another three years pass by and the application is worth $ 20 billion. It sounds like a dream but that’s the true tale of Snapchat. Today, it is one of the leading social media networks globally.

Entrepreneurs around the world have been moved by this story and have come up with ideas for their start-up venture mirroring an app like Snapchat.

If this journey has driven you to create an app like Snapchat and you want a slice of the action too, let’s take a look at what you need to do.

What Are the Core App Features?

Some years ago, Snapchat was the only easy messaging app with its focus on its best feature of removing messages in one to 10 seconds. With time, several new features have been added to its core functions evolving more like a perfect blend of a public and private messaging platform.

Bloomberg reported that this entertainment app has recorded a staggering 10 billion views in a day thus transforming this messaging channel into a media giant.

Here are some of the core features that you should introduce when you decide to develop your version of a Snapchat application.

Go one step further than just having a feature like chatting, by offering additional value with a set of innovative features when it comes to message exchange. Snapchat  has its unique function known as ‘snaps’ which are multimedia messages comprising of a photo or short video.

These messages are editable. You can add effects, filters, text, captions, drawings. Their recent Chat 2.0 update enables users to make video and audio calls along with sending audio notes.

Snaps can be sent privately to your selected contacts, or a published as a semi-public story that automatically self-destructs within a few seconds.

This is a custom Snapchat feature where messages sent between users automatically self-destruct within a few seconds. This function has made the app popular among teenagers and young adults across the globe.

Modern communication minus stickers seems unthinkable these days. Snapchat provides the option of 200 stickers to their users that have been in-built within the application.

When you create an app like Snapchat, think of how you too can come up with a custom feature like Stickers that will attract a large audience to use your platform.

Users of this feature can select which individuals on their contact list can view their location. This works only when the Snapchat is in use.

Look into Snapchat’s smart ways of adding friends instead of just using standard methods like phone numbers and usernames.

Surrounding the Snapchat Ghostface Chilla logo are black dots which is personalized QR code. Using the Snapchat camera, any user can scan it in and start to follow you instantly. This is the work of recognition algorithms in the backend also referred to as Snapcodes.

The Add Nearby feature makes use of your location and automatically scans in users within your proximity who have enabled this function on their Snapchat app too.

The device coordinates are shared with the server from the app. It then compares the geolocation of devices located close to the primary user.

With the latest update on the app, it enables current users to initiate one-tap video chats instantly. In case your preferred user is not online, you can send an audio note instead.

This function offers the user an alternative to WhatsApp or Facebook Messenger by transforming the Snapchat platform very similar to a phone.

This is a unique graphical overlay feature known as Geofilters that activates when a user is within a specific geographical location. This can be an event, a city or even a destination.

Geocoding is used to mark the location of the images being shared by users. This is  a computational process that automatically converts the geographical coordinates of the location into a description, generally the name of the place. This then shows up overlaid on the image typically within a template format.

Within the Snapchat app, this is probably one of the most exciting features. Allowing the addition of real-time effects on images, making alterations on video images through a process of face detection has taken the messaging app to an entirely new level.

This feature was made possible when Snapchat made a strategic acquisition of a facial modification start-up called Looksery. Their core area of expertise making simulating facial appearances on a photo or video more accessible to users in real-time on mobile platforms.

If you wish to broadcast a photo or video content from your channel to your friends, then Stories is the feature that you should be using. The stories remain to live for 24 hours. The function provides users with a similar social channel to share the news.

The feature can now be upgraded to Live Stories that triggers a new functionality. It allows Snapchat users located at the same event location to contribute to the same story trail.

Discover feature is an alternative method of exploring Stories that covers a wide range of editorial teams. It includes all types of sponsored short-form content from major publishers, for example, BuzzFeed, CNN, Mashable, People, etc. The section undergoes a refresh every 24 hours.

How to Create an App Similar to Snapchat

To create an app like Snapchat, you need to do some deep thinking about the development process once you have finalized the list of features that you aim to include in the application.

Here is a step-by-step layout of your action plan.

At this stage, your primary objective is to finalize the non-functional and functional requirements. Along with that, have a project budget estimate handy and outline the business needs.

The business analysts and project managers at this stage will chart out the specifications of the project. This will include all project-related documents, basically an app blueprint describing how your app is expected to perform.

The prototype of the future app along with scenes and user journeys is created by the mobile development team. This is the stage where you can imagine the future of your app and share your feedback and thoughts with the core team.

The design team basis your screen prototype works on the app UI/UX design. You can begin visualizing what your app screens are going to look like at this stage.

All the necessary features in this phase are integrated by the mobile development team post finalization of the app design. As the process of app development progresses forward, you or your project manager may add or subtract precise requirements basis the project’s functionality.

Quality Assurance is carried out by the QA team to ensure that the features and functions are performing as per plan. Testing also ascertains that the application is free of bugs.

Once the QA team certifies that the app is ready, the development team publishes it on relevant app stores for users to download.

Once the app has been deployed, you also need to look at ways for the app to generate revenue. Take a look at these recommended routes:

Tech Stack for the Snapchat-Like App

When you create an app like Snapchat, you may consider the following tech stack combinations

What Is the Cost of Creating an App Like Snapchat?

Experts recommend allocating at least a year to build a comprehensive and complex app like Snapchat.

It is suggested that you build your application on the MVP model. Developing it on the MVP platform will enable you to include essential features and functions as given below

Embedded messenger
Enable users to exchange messages
Up to 40 hours

The essential features phase is total around 430+ man hours at least.

The overall time estimate will look something like this

Creating an app like Snapchat is a complex process. Your core team should include the following members

The average rate of your development team will vary anywhere between $25 to $ 43 depending on their location.

Undoubtedly, Snapchat with its unique set of core features and functions is the reigning king of the social messaging app space. With its numerous photo and video editing tools, young adults have found a new voice of visual communication.

When you begin with your app development process, it will be a smart move to study how Snapchat has journeyed through its various stages of growth and expansion. Deep dive into these learnings and start benchmarking. It is not necessary to make an identical clone but bring out your unique idea into the forefront.

So, what are you waiting for? Take inspiration from the Snapchat story and get your journey on the tracks. Get in touch with a credible mobile app development company to kickstart your project. 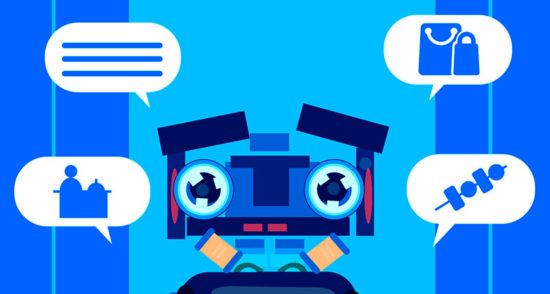 How to Build Brand Loyalty with Your Chatbot