What is the purpose of illustration in the design? Why is important to pay attention to a good illustration?

The Relationship between the Illustration and the Text

There is a saying that a picture is worth a thousand words. Is there some truth to that? In principle, until we think it through, we could fall into a trap and take that statement at face value, but we shouldn’t forget that our world has many more subtleties than it may seem at the first glance. After all, the statement “a picture is worth a thousand words” is not a picture, but a sentence consisting of several words. Is a picture more mighty then, or the words describing the picture?

A deeper understanding of this saying does not lie in competition between illustration and the writing, on the contrary; it lies in the questioning of the purposes of those mediums. The purpose of both of those, picture and words, is to communicate with the one consuming it, be it an observer or a reader.

In graphic design, that communication is of the key value. For that purpose in marketing, it’s important to pay attention not to one or the other, but on the splendid combination of both of these elements. After all, no matter how skillfully the painting might have been done, if there is no information tied to it (whether it is an in-depth description to add more understanding to it, a blog, or a typography that enhances and supports the piece), it is still just a picture and its communication is limited.  The communication itself is the crucial part that distinguishes good design from bad. Considering that both the language and the interpretation of the visual world are the foundation of our communication, a good design must be distinguished by a consistent relationship between words and images.

Communication is the key, and that’s why the art of communication is not in insisting of exclusive usage of one of those elements, but in finding the right balance between the two. In the world of graphic design, the core of the above quote is not that a picture is more important than words, but simply in the speed of communication – for good picture communicates in the split of a second, while even the best crafted and balanced group of thousand words needs several minutes to be read. There is no design of a thousand words that will be successful – however, a couple of well-chosen words, as in the example in slogans, can be just the right thing that your visual needs to shine.

However, putting that aside, it’s also understandable fact that even if the text that communicates some design or a campaign is crafted and chosen most ardently and skillfully, nothing can make successful a campaign that is executed poorly and with visual elements of low quality.

How fast and well something will communicate with the audience simply depends on how well it is made and presented. If you have a choice, always go with solutions that you can stand behind proudly, even if they require more patience and money. This choice will pay off on the long run in the form of new clients that will seem you more professional and appealing and won’t have second thoughts or doubts about being associated with your product or service.

The Influence of Illustration on the Brand and Product

Execution of the design is a vital part of the process. For something to end up well made, a designer has to have a vast knowledge of colors, composition, typography, as well as the client – as, understandably, even the most beautifully drawn childlike colorful illustration won’t appeal to more formal clients such as banks. On the other hand, if we made a too serious design for walls of some kindergarten, no matter how splendid, we still wouldn’t have done a good job. The key to good communication is as well, therefore, being as informed as possible – the more we know about the client and their target audience, we will achieve better communication with a said audience.

As an example, we can list Beer Academy (Akademija Piva). The Academy for its target audience decided to pick young people that are interested in something fun, engaging and out of the box. The Academy itself takes as its core concept the life of the young and students, and names its beers after different stadiums of student life – “Perpetual student” or “Top master student” are some from their collection. Comparing this process of drinking beer with the process of forming of an academic, we manage to give deeper connection to the two worlds – as the true beer enthusiast is never old, but with years his tastes are refined to the extent that he becomes an academic connoisseur of a wide range of beer flavors and aromas.

After Beer Academy masterfully formed their concept, they complemented it by quality illustrations fit for their intended brand and target group – choosing the design of bright colors, playful line dynamics, and engaging content. That design, therefore, has a characteristic signature of their brand, and matches their audience and contributes to popularity and spreading of the said brand. In this case, as well as names of beer and texts accompanying it has done its part to make the design function as a whole.

In this blog, we introduced you to the story of the essence of the illustration in design and its inevitable symbiosis with words, and we even gave one example of branding that, with aid of good design practices, became successful. In the second part of the blog, we will deal with the subject of the illustration in marketing. Be patient, for the sequel is coming soon! 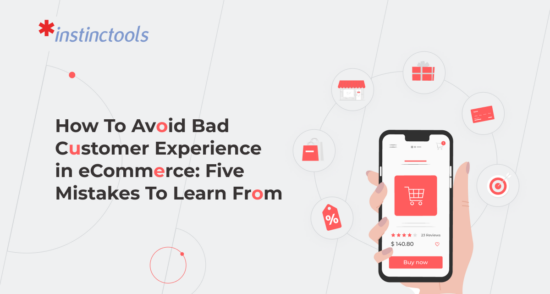 How To Avoid a Bad Customer Experience in Ecommerce: Five Mistakes To Learn From 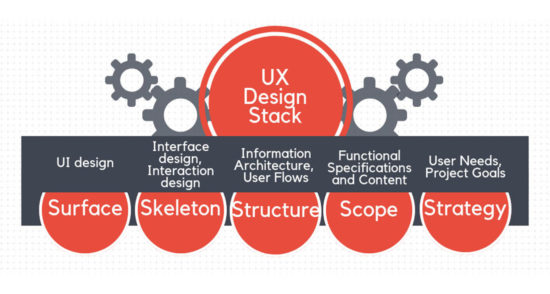