The Internet, which was once a hard-to-reach element of technology that was confined to the privileged few in the world of Defence and Technology, has now become a readily available portal of infinite knowledge and possibilities. The Internet, which was once only accessible with the desktop devices in Internet cafes has come a long way in the past duo of decades, with almost every human being in the developed and developing countries possessing more than one device to access the Internet. The Internet has moved a long way from desktops to mobile devices that are more powerful than desktops.

Not content with that depth of access of technologies, the Internet has hollowed its way into a realm of ‘things’. The access of the Internet for information-input is no longer confined to devices that require an interface that mandates human intervention, but has moved to ‘things’ that take care to communicate with the Internet.

We have, maybe inadvertently, been using the Internet of Things (or IoT, as commonly abbreviated). The fitness bands like FitBit and the Mi Band are common examples of IoT. Considering the infinite possibilities and the minimized chances of inaccurate data, the trend of Internet of Things is only catching up, and is poised for a huge makeover in 2018.

Here are the trends in the world of IoT for the year 2018:

If the Internet should win, it has to win in a space where most humans spend more than 2/3rd of their lives – their Homes! While the advantages of the Internet have been relatively slow in benefitting homes compared to offices, the advent of Smart Home Solutions based in IoT will change this landscape. We all know that a home has got more to do with ‘things’ than devices, and this is a reason Smart Home Solutions will see a large-scale incorporation of Internet of Things. What has been thought as a fanciful fad for lazy youngsters is now looked at as a solution that will come in handy for safety, security and efficient resource-utilization purposes.

With all the advantages of automation, Smart Home Solutions incorporating Internet of Things also provides data which, on a larger scale, might contribute to path-breaking solutions.

2) Healthcare Will Be Taken Care Of:

One of the key areas where IoT will make a visible impact is in the field of healthcare. Where else will ‘things’ be more relevant than a place that devices can’t access or can be cheated, right? The IoMT or the Internet of Medical Things is expected to grow to be a USD 70 Million Industry by 2021. The monitoring of the vital parameters of a patient’s health can be done remotely and in real time – made possible through sensors, wearable smart devices, health monitors and a whole gamut of technology that can be integrated into the ecosystem.

With the world population becoming tech-savvy, IoT for the medical field can only get better. The advantages of IoMT can be expanded to even smart-assistants that can communicate with the patients and doctors. Above everything, anonymous collection of data helps monitoring the general trend of a geography or time!

With the amount of data that is collected from IoT-Enabled devices, it becomes rather mandatory to analyze this data – irrespective of the field – to not just collect, but gather actionable and business-relevant insights from them. When the data and the intelligence form a pattern, Artificial Intelligence comes into play. Artificial Intelligence takes away even the remotest speck of mundanity from the data-driven decision-making process. Sometimes, Artificial Intelligence can even unearth some findings that might have been missed out in the uncertainty of human observation.

The advancements in AI, IoI and Big Data seem to converge at a singularity – both literally and figuratively. It would be, in the not-so-distant future, impossible to differentiate between the three!

4) Edge-Computing – the Periphery of Cloud Computing

The intensity with which data is being collected could probably render the cloud obsolete. With the indisputable advantages of the Cloud, Edge comes in as an access-solution. Edge is literally the concept of storing data on the ‘edge’ of the cloud, so the transit-time is faster. IDC defines Edge Computing as ‘a mesh network of microdata centers that process or store critical data locally and push all received data to a central data center or cloud storage repository, in a footprint of less than 100 square feet.’

This would mean that the IoT devices can communicate at the essential bare-minimum level to ensure efficient usage of the traffic-bandwidth. Edge computing also attenuates the possibilities of latency. These advantages will put IoT in the list of mainstream innovations to look forward to in 2018, especially in the industrial and the manufacturing sector where huge volumes of data can be expected.

5) A Fillip for IoT Security

An increase in the extent of adoption increases the possibility of threats in parallel. With an exponential increase in the IoT devices, security of devices and data is of paramount importance. It is a cause of concern that IoT devices aren’t as secure as the relatively archaic devices like laptops and mobile phones.

The security of IoT devices cannot afford to be compromised, owing to the kind of data and fields that IoT deals with – it wouldn’t be a great idea to let a malicious person know on when someone’s home or the kind of ailments someone’s suffering from.

2018 will see an increase in complex authentications and authorizations like Multi-machine login, everyday biometrics like face and fingerprint-recognition and even retina-scans to prevent DDoS attacks.

An undying quest for science has always been to unify things under one roof. Just like how Physics blurred the line between space and Earth, and electricity and magnetism, the width between internet access and human touch has been reducing. With IoT, it is not just about making the Internet more accessible to humans, but making the world created by the humans more accessible to the Internet, so we can reap the benefits, and 2018 is the time for baby-steps for IoT! For all you know, a couple of decades later, you might just ‘think’ about the article and read it as electromagnetic waves right within your brain! 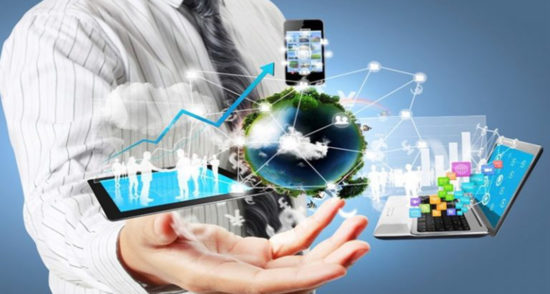 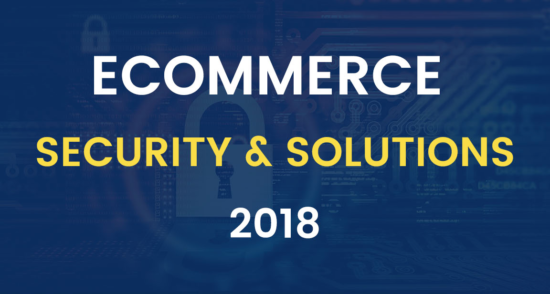