Japan was set for a bright start this year expecting to host the world’s largest sporting event, the 2020 Summer Olympics.

The virus outbreak caused an abrupt shift in the world that no one could have foreseen, and the difficulty of completely eradicating the virus has become near impossible.

The virus helped shrink Japan’s economy at an annual pace of 3.4% in the first three months of 2020, and led to a further decrease in economic activity as the country endured a two-month-long ‘state of emergency’ from early April. Business closures and stay-at-home orders during this time led to extreme economic decline and resulted in Japan’s annual GDP dropping by a stark 27.8%.

Consumerism During the State of Emergency in Japan

According to the Japan Supermarket Association, in March 2020, supermarket sales rose 7.4% as consumers pushed up demand for groceries – at times panic buying and hoarding over virus concerns.

Demand for foods with health benefits increased as consumers sought to strengthen their immune systems. Specifically, yogurt became highly sought-after due its immune-system benefits, and in fact sales of yogurt successfully reversed a downtrend from 2016-18 to a record high this year increasing by 11%.

The general shift to working from home resulted in demand for home furnishing equipment as consumers sought an efficient and comfortable home-working environment. A recent market survey found that in-store sales at home electronics stores fell 13% in March, however, online sales increased by 18% during the same period.

And sales of electronic thermometers, webcams and PC monitors greatly increased during this period being essential products to check body temperature and facilitate video conferences respectively.

The surge in e-commerce further accelerated a shift that was already booming as many businesses were left no choice but to go digital (around 37% of people reported making more online purchases than they usually would). Department and retail store closures also accelerated a shift in consumers purchasing goods online. And supermarkets quickly began implementing digital services that allowed customers to order groceries sent to their door, or purchase products without lining-up at cash registers.

Consumerism After the State of Emergency

Consumer spending did increase sharply after the state of emergency was lifted throughout Japan, and e-commerce picked up the slack as store closures and shortened business hours led to declining sales. Companies such as Nitori Holdings and Shimamura saw sales increase by 47% and 27% respectively in June from the same month the previous year. For Nitori, it was the biggest leap on record in data going back to 2012.

However, a survey by McKinsey & Company suggested that the impact of COVID-19 has caused varied behaviors among consumers. 5% of people on average were found to be optimistic of an economic rebound after the state of emergency. 42% remained pessimistic of a resumption of the COVID-19 measures, indicating that many believed it would be a long journey for a complete economic recovery. Further reasons for continued cynicism towards recovery also stemmed from declines in income and savings, and fears of contracting the virus when going out.

Hygiene practices among Japanese consumers continued to be highly crucial after the state of emergency. Masks, alcohol sprays, hand sanitizers, and disinfectant wipes were frequently purchased and, though many of these are again readily available in stores and online, demand is expected to remain elevated for some time.

Hygiene protocols for businesses are expected to stay exceptionally implemented also. Businesses appear keen on reassuring customers that they are prioritizing health and hygiene protocols in order to maintain brand and consumer trust. Currently, many retailers such as GU are checking customers’ body temperature prior to entry, and alcohol sprays being strategically placed for customers to use before and after entering a store. Others, like the Tobu and Seibu Departments stores with their multiple entry points, now keep these limited and labelled dramatically with red and blue signage for consumers to only enter or exit from specific doors that are often manned by staff.

Hygiene concerns among Japanese consumers also helped boost cashless payments by 26.8% as many started to use other payment options such as credit cards and IC cards.

The impact of COVID-19 on consumption in Japan has been profound and has led to an abrupt shift in consumer habits. However, the virus may cause businesses to pave opportunities to solidify ways to connect with consumers now demonstrating and embracing social and behavioral changes.

Consumer digital adaptation in Japan will advance exponentially and further diversify as digital services continue to grow. And businesses and brands will most likely provide new products and services to enjoy in the comfort and presumed safety of the home.

Japan being a society known equally as hard-nosed to change of certain forms, but once undertaken, adapting rapidly and without a flicker of looking back, these new and rapid changes will presumably remain indefinitely, or at least for the long-term as the so-called ‘new normal’.

See Next See Next
Chioma Anyalewechi 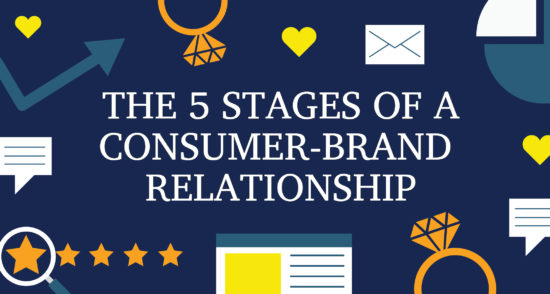 The 5 Stages of A Consumer-Brand Relationship 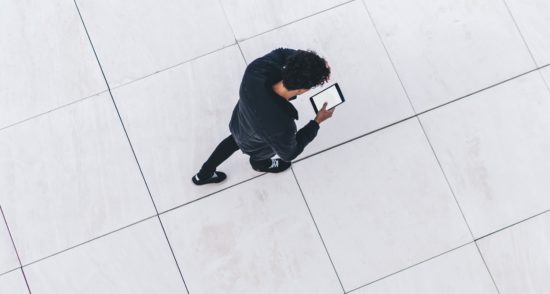