If you’re looking for the in-depth difference between Java vs .Net then you are right place. Before you pick either one, read our article.

In today’s programming world, we’ll find a lot of languages, libraries that are used by developers for different purposes. Choosing a language plays a vital role when it comes to developing an application or a website. There are times when our apps fail, and we end up losing our hard-earned money simply because we have made the wrong decision of choosing an appropriate language. However, pick a suitable language that works excellent for you. Java Vs .Net are two easy and simple language that can be a proper fit for you. Both technologies are famous and create large-scale enterprise applications. Both comes with its benefits and set its applications. You have to choose between two, which is better for your business.

This blog aims to show the difference between Java and .Net by highlighting the critical features of technologies. Both technologies are famous and support programming languages like PHP, Python, and Ruby. .Net apps come with default IDE, which is called Visual studio. On the other hand, there are four IDEs called IntelliJ Idea, Eclipse, Oracle NetBeans, and Oracle JDeveloper.

Is .Net similar to Java?

Both Java and .Net accomplish the same development goals. But often people have miss concepts while defining their technical identities. .Net has a framework in a classic sense which designed as a compilation of VB.Net and C#. The basics of .Net were created to compete with Java and are one of the top languages for mobile app development. No wonder people are discussing their differences. Let’s quickly dive in to understand the Comparison between Java vs .Net.

Created for Heavy Lifting: Both platforms are perfect as enterprise-level technologies. They work fantastically well with the high-loaded system and big data applications. Both offer reliable solutions for small to large scale projects.

Offer something for every Occasion: Java is a multi-purpose language that follows the rule ‘write once and run anywhere’ while .Net runs on desktop and server.

They look very similar: It’s a common ground between Java and .Net as it uses the same syntax. Java is influenced by C++ and .Net shares C# syntax with C-style languages along with covering C-style languages including C, C++, and Java.

Both are object-oriented: One of the right reasons to use this is that it uses the OOP concept for software development. Using these platforms can help to support the OOP approach as the code can be reused, flexible and offer better troubleshooting opportunities to the modular structure of their code.

Both can help time-to-time: Java and .Net support third-party framework reusable components. Make development easier and efficient as a developer don’t need to wheel up every time you come across a specific problem. Hire ASP.NET Developers or ASP.NET Development Company to improve your application performance with great solutions.

Both play well with other languages: Java can work smoothly on both languages which include Groovy, Clojure, Scala, and Kotlin. While .Net can help in choosing C#, F#, and Visual Basic.

Each has a home of its own: Both platforms have their environment. In .Net application, visual studio is one such IDE for .Net. While for Java developers it comes with four IDE: Eclipse, IntelliJ IDEA, Oracle NetBeans, and Oracle JDeveloper.

Both are portable: Java is known for its backward compatibility which can migrate code between Java platform. While .Net consume more time, and the process is a bit difficult.

And who is the winner…?

The approaches used by both Java and .Net are different but have a common goal. You can build a scalable solution for both web and desktop app. There is no wrong or right way to choose a programming language. It depends on your needs, project specifics, and availability of talent. Before that you can pick .Net development for RAD solutions and large-scale enterprise projects, you can go with Java Framework.

If you’re still in doubt, then discuss your requirement with .Net developer or Java Developer to solve your doubt and consult properly based on your needs. 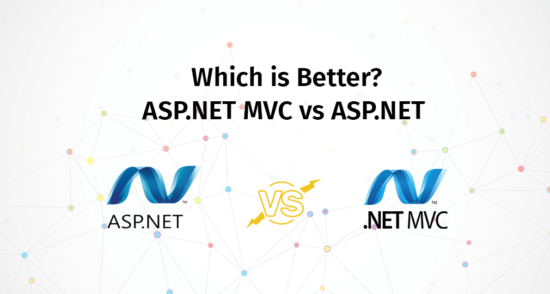 Which is Better? ASP.NET MVC Vs ASP.NET 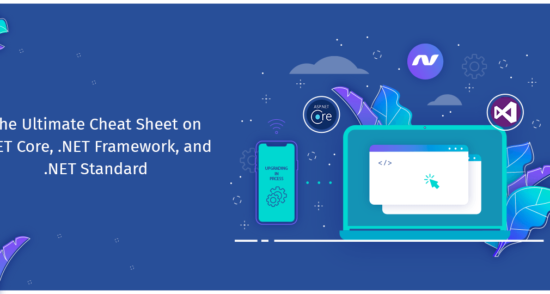