Planning to develop a web app but confused about which framework to use? Here is a detailed comparison of the two best PHP web development frameworks.

One of the most formidable challenges startups and enterprises are facing today is developing clutter edge mobile apps and websites in the shortest time. That is why entrepreneurs across the globe prefer to go for the PHP framework. PHP is a great, modern programming language for web development. Powering about 80% of all web applications, it would be unreal to code each of them from scratch. Web developers use various frameworks and tools like Yii, Phalcon, Slim, or Codeigniter to speed up repetitive tasks. There is no shortage of such things, but most discussions regarding the best PHP frameworks often boils down to Laravel and Symfony.

PHP is an HTML-embedded scripting language. PHP had witnessed a painful rollercoaster ride to the top since its initiation in 1994. With JavaScript and Flash, this language became one of the most derided web technologies in the early 2000s. Frequently criticized as an ‘incompetent’ language, PHP seemed incapable of scaling up its features, functionality, and security.

But JavaScript made a comeback via JQuery and the declining popularity of Flash. PHP eventually becomes the town’s talk and won many of its critics through successful open-source association, a bold versioning guideline, and the eventual development and adoption of comprehensive and high-performance frameworks Laravel, CakePHP, Symfony, Zend Framework, FuelPHP, PHPixie, and Phalcon.

The Rise of PHP Frameworks

Efficient and feature-rich frameworks gave PHP several new capabilities and characteristics that would prove essential for large-scale and enterprise projects. Advantages include:

The interesting thing is that at the time of this discussion, PHP leads the league table of server-side languages with an indisputable 78.9%, trumping the nearest contender, ASP.NET, by a margin of 69.2%.

PHP powers some of the most influential organizations on the planet, including Facebook, WordPress (currently powers 34% of all websites), Wikipedia, Flickr, and Tumblr. It also serves the half-billion users of social media platform vk.com and the U.S. Department of State, which recently abandoned ASP.NET for PHP.

When starting a PHP project, you must choose the right framework for what you want to achieve. So let’s compare two of the most popular PHP frameworks at the moment are Laravel and Symfony.

Laravel is the most widely used PHP framework; the community support for this framework is massive. Laravel is like a PHP-oriented version of the core concepts of Ruby on Rails. Previous PHP-based attempts to imitate the elegance and features of RoR was CakePHP and CodeIgniter. Arkansas developer Taylor Otwell developed Laravel as a direct response to the limitations he faced in CodeIgniter, such as the lack of support for Continuous Integration.

Whenever enterprises need anything on the web, the only PHP framework comes to the mind is Symfony. Inspired by Java’s Spring Framework, Symfony was designed by a software developer for French company SensioLabs in 2004 and initially released under an MIT license. The first stable version of Symfony was released in 2007. It has the best scalability amongst all frameworks. Symfony is a bit slow, but consistency is key to handling more than a million requests per second. The system’s total load is balanced, which is why Symfony is the number one choice for developing complex applications.

Symfony is highly compatible and frequently used as a library resource of components rather than an entire structure. Fabien Potencier described it as a “reusable set of standalone, decoupled, and cohesive PHP components that solve common web development problems.” However, Symfony is also known as “a full-stack web framework.”

If you consider the older version, Laravel outplayed Symfony. However, with the advancement in Symfony’s latest version, Laravel’s edge reduces to nothing. It will be easy to track both these frameworks’ performance by measuring the loading speed of sites built using them. On average, websites that are built with Laravel loads within 60 milliseconds. Simultaneously, the average loading time of websites built using the Symfony is estimated to be around 250 milliseconds. The reason behind Laravel’s performance is it just caches the views. On the other hand, the Symfony PHP framework caches both source code and views.

Choosing a PHP framework based on popularity is not a good option. But, undeniably, there are some benefits of using a large-user base framework. There is no surprise, Laravel is a popular PHP framework. It follows simplicity as a legacy to appeal to a broader audience, while Symfony is the preferred framework for more extensive and complex web applications.

Popularity brings a large amount of training, tutorials, and support information online. For example, Laravel provides information and training through Laracast. While Symfony presently doesn’t offer much information. Although Symfony still shares excellent documentation, it is not as exclusive and thorough as Laravel.

One of the factors to consider when comparing Laravel Vs. Symfony is the template engine. As we all know, “PHP itself is a templating engine.”

For your information, Symfony provides Twig as the default templating engine, while Laravel comes with Blade. Blade outgrows Twig, as it follows code reusability that doesn’t exist in Twig. Laravel brings in Lumen, a sub-framework used for building API and microservices. Blade enables Laravel developers with faster development due to code reusability, but Twig requires you to redefine the functions multiple times. The functionalities of both PHP Laravel and PHP Symfony make them capable of developing innovative and robust applications.

The Symfony framework possesses a fine collection of reusable components, which leads to better modularity. It organizes the code neatly, making it ideal for more extensive and more complicated projects. This is why professionals prefer Symfony over Laravel.

While Laravel’s strength resolves around MVC-based applications, once you think away from the MVC paradigms, Laravel can’t rescue you. For this parameter, the point goes to Symfony for modularity and flexibility.

It is an important parameter where we discuss how well a framework can integrate and support third-party software and databases. These predefined packages make things effortless. Symfony has exclusive support for such third-party software, giving it an advantage over Laravel. However, we do not recommend using these; the bugs in them can cause you pain.

Both Symfony and Laravel offer Object-Relational Mapping for data access. For Symfony, Doctrine manages ORM, and Eloquent issues ORM for Laravel. With the help of ORM, data manipulation becomes more comfortable than ever.

Precisely talking, there is numerous database-related variance between these two PHP frameworks.

If you are looking for splendid database support, it’s essential to look at what databases each PHP framework supports.

As seen through above, Symfony provides an additional option if you are going for breadth. Undoubtedly, Symfony wins this race.

As you see, there is no clear winner for Laravel vs. Symfony. Laravel leads in most aspects, but Symfony takes the throne when it comes to scalability and third-party package support. Whenever you get confused about which PHP framework is suitable for your project ask yourself, what is the primary aim of your project? Depending on the scale of your app, we recommend PHP frameworks. As a top PHP web app development company, we realize this may be a tough choice to make right now, but it will help you in your project’s prospects. 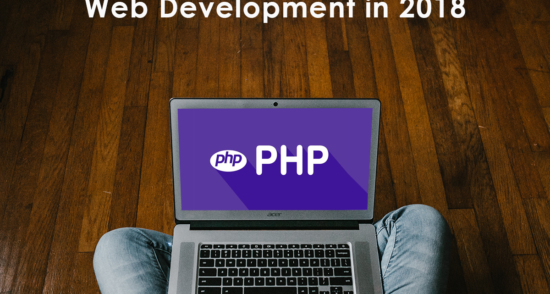 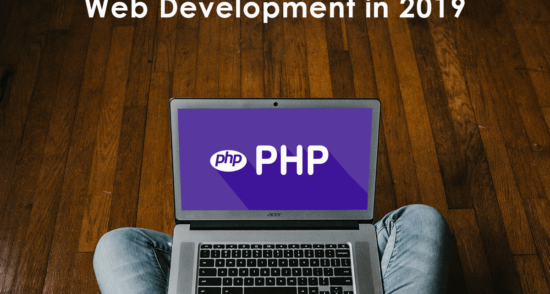