Every decade witnesses a revolution, and ours did too – a digital revolution. One of the most defining moments of modern times has to be the rapidly evolving technologies around us. This includes machine learning and artificial intelligence.

With every passing year, the market for machine learning has been rapidly increasing. According to Statista, the total funding of machine learning in 2019’s first quarter alone is 28.5 billion USD. Now, over 97 percent of mobile users make use of AI voice assistants now.

One industry that has gained a lot from the changes brought about by machine learning is the world of apps.

This sector is already highly demanded and profitable. This is because apps have carved a crucial place in the lives of many. To put things into perspective, about 90 percent of mobile time is spent on apps, as per eMarketer.

App developers are particularly intrigued by machine learning and the benefits it can offer for app development.

The technology has already allowed apps to convert the lives of many into ‘smart lives.’ Whether it be shopping online or adding filters via Snapchat, Machine Learning is present everywhere. According to Statista, by 2025, the AI-driven enterprise app industry is likely to reach a staggering revenue of 118.6 billion USD.

Understanding the Role of Machine Learning in Apps

There are examples of Machine Learning in apps all around you. Here are the most common apps that use this technology.

Let’s face it – nowadays, no one really knows the routes! Most of us rely on navigational apps like Google Maps for direction. If you have used the traffic alert feature of the app, you would know that Google Maps suggests you the fastest route, keeping in mind the traffic.

It does so via machine learning. It takes into account the data collected from current users, along with historical data about the given route, to present the best route to users. The collection of data allows the app to automatically predict the traffic and alter its suggestions accordingly.

Another great example of ML in apps is e-hailing applications like Uber. The app is able to detect your location and gives personalized options about going to your office, home, or frequently visited places. These recommendations are based on your app usage history, brought about by ML.

Moreover, Uber also gives you an estimated time of arrival (ETA), which is quite accurate. It does so by using historical trip data and current traffic data. As reported by Edureka, the use of machine learning has allowed Uber to offer 26 percent more accurate ETAs.

The Future Trends of App Development

Keeping in mind the current progress of machine learning, here are the ways app development is likely to be further revolutionized owing to the technology.

2020 proved one thing to all of us – the power of ecommerce. As brick and mortar stores closed down, the online retail solutions continued to thrive. Statista reports that currently, Ecommerce accounts for approximately 14 percent of the retail sector. And this likely to grow to 22 percent in 2023.

An important element of ecommerce is apps. After all, most users access online shops through their phones rather than the desktop. For example, data collected by OuterBox revealed that in 2018, over 40 percent of ecommerce purchases made during the holiday season were accounted for by mobile phones.

Whether it be Sephora, Amazon, or ASOS, all big brands now have ecommerce apps.

So, what does machine learning have to do with it? Well, machine learning can help improve the search results of these apps. It turns out that buyers spend 40 percent more time on an Ecommerce app if they are provided with a personalized experience.

Search results help in personalizing the experience. Since people don’t have the time to sift through results that are irrelevant, your app must learn to think the way humans do and display product results that the user wants to see.

Here, user search history and context can help in creating an algorithm that serves the right results and hence boosts revenue.

Another issue that has been actively raised in the past few years is data protection. While previously users were unaware of the perils of data breaches, with the recent Facebook data breach and the Cambridge Analytica scandal, people are now well-versed in data protection.

Yet, data protection continues to be a problem. In 2019 alone, as per the Risk-Based Security Report, over 4.1 billion records were compromised.

Since the responsibility of data protection must be borne by mobile developers, machine learning helps in reducing the risk. Owing to the technology, data does not have to be sent to a cloud or server for processing. In other words, hackers are not provided with enough opportunities or vulnerabilities to exploit and steal consumer information.

You can think of on-device machine learning to be the same as blockchain when it comes to offering decentralized data collection. Hence, machine learning is likely to help app developers in successfully meeting the General Data Protection Regulations.

Yes, internet penetration currently stands at 50 percent of the world’s population. However, continued and uninterrupted internet connectivity has always been a limitation for many apps. Most apps around us require an active internet connection for accessing most of their features.

Machine Learning has the power to remove this dependency. This is because previously, data had to be sent to the cloud for processing – something that required an internet connection.

With the current on-device machine learning, the neural networks for data processing exist on phones. App developers can leverage this to create apps that work offline.

Within the world of apps, health apps are most likely to benefit from the onset of machine learning. This is because it can allow apps to create tools for checking vitals or for relaying information about coding patients to doctors without the need for a solid internet connection.

Not to mention that this lack of dependency on the internet can allow apps to expand their reach to areas and countries with poor connectivity.

No one can deny that cloud solutions had previously revolutionized the world of apps. But, just like the technology disrupted sectors for the better, we now have another technology that has further facilitated the app development process.

To say that on-device machine learning will become a standard for mobile app development won’t be far-fetched. Whether it be offline apps, personalized solutions, or secure user interactions, machine learning has the power to improve the app sector for the better.

It is about time you develop an app that leverages the technology. Choose the best developers for the job and make sure to benefit from machine learning when creating your mobile app.

See Next See Next
Mehul Rajput 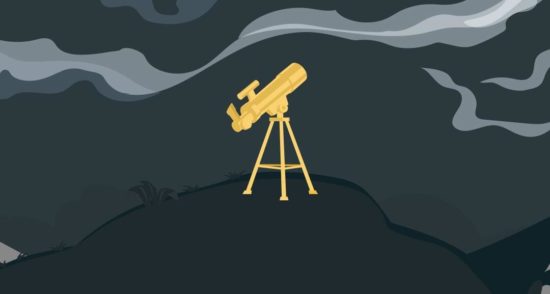 What Is the Future of Mobile Development? 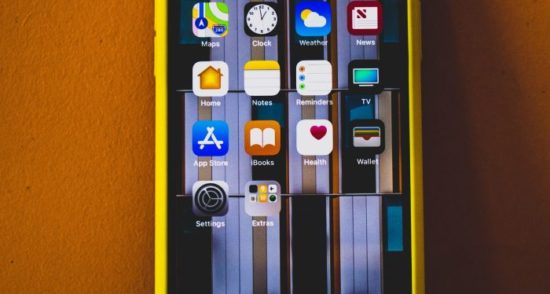