Node.js vs PHP: which one to choose? 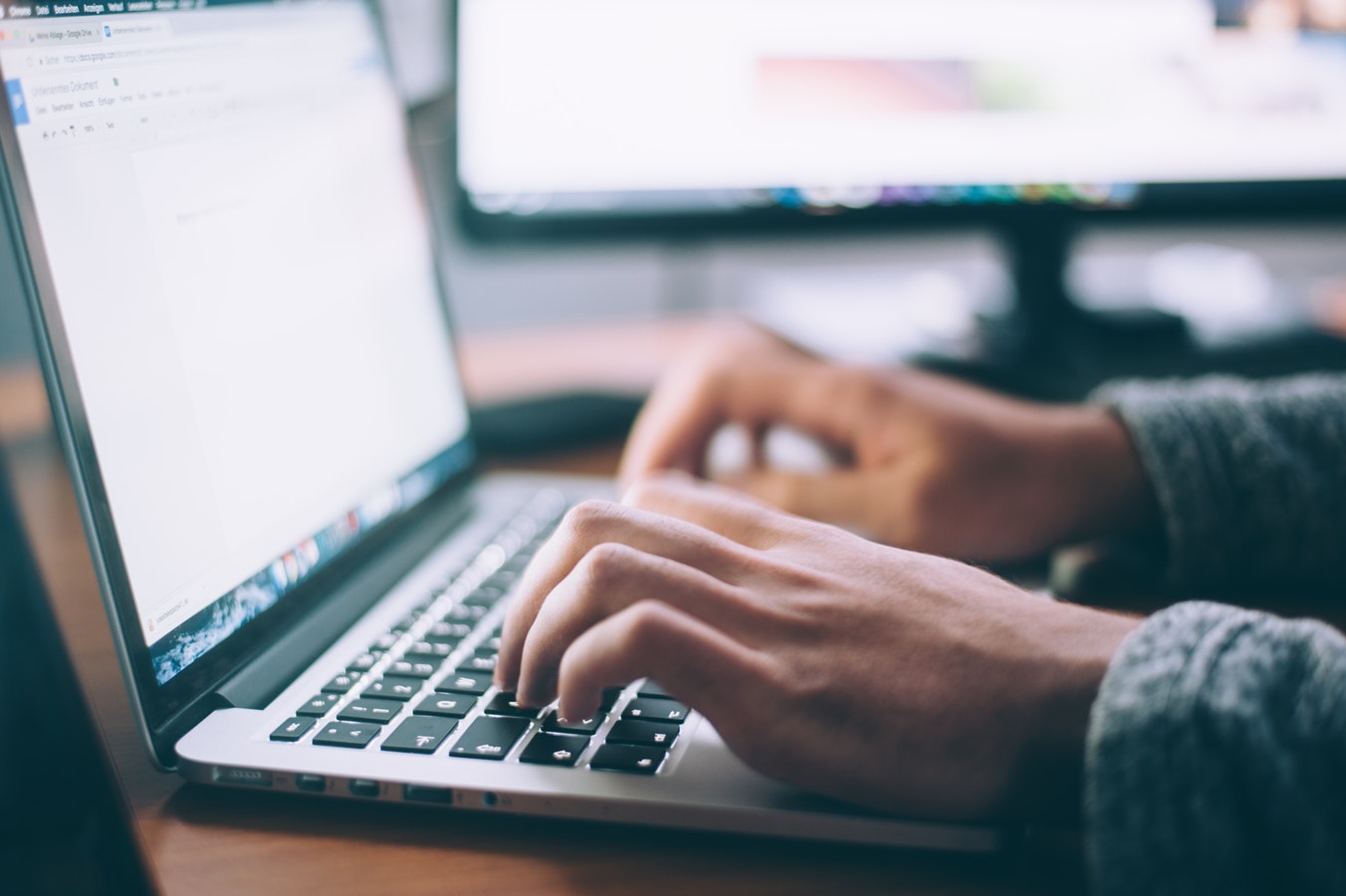 There’s no doubt – PHP is the most known and commonly used language for server-side scripting. Before Django and Ruby on Rails gained popularity (2005-2006), there was hardly any more suitable option for back-end than PHP. However, the tech world is fastly evolving in the direction of simplicity (“Javascript everywhere”) – what used to be the language of the front-end has successfully expanded to the back-end. So now we are facing the popular back-end dilemma – “Node.js vs PHP”. Let’s try to solve it together!

PHP (Hypertext Preprocessor) was created as a scripting language for back-end web development in 1994. For almost 10 years, it had been the only option for a back-end developer. Although lately, new technologies emerged, PHP wasn’t at a stop as well (the last stable version was released in January 2018). As of the latest statistics of 2018, more than 80% of websites are built with PHP (though some websites are built with more than one back-end language).

Node.js is an open source run-time environment for back-end scripting in Javascript powered by Google’s V8 JS engine. It was created in 2009 and came up with the main advantage – Node.js allows to perform asynchronous programming. It can handle thousands of requests operating on one thread, which means no waiting until the previous command is completed. Although the percentage of websites that are built with Node.js is comparatively low (0,4%), it’s fastly becoming popular among developers.

Keep an eye on the competition between Node.js and PHP on Twitter in real time:

Starting our Node.js vs PHP discussion, we can’t avoid talking about the specifics of two programming languages – Javascript and PHP. In terms of syntax simplicity, PHP wins. Such an essential operation as an interaction with a database requires less and simpler (quite alike to HTML) code in PHP than in Node.js.

However, the simplicity of PHP doesn’t come without certain restrictions. On the other hand, some complexity of Node.js is balanced by more possibilities of using various Javascript libraries for two-way asynchronous scripting of client and server.

Also, Javascript syntax of Node.js is obviously a reason to choose it for those who come from the front-end side. So a full-stack developer may take an advantage from the code reusability options as a result of scripting both client and server sides in Javascript.

Although PHP has a built-in web server (which is available since PHP 5), it’s not a full-featured one and can be used only for testing purposes. The most commonly used with PHP servers are Apache and NGINX. One need to get it installed and configure (by installing corresponding PHP components) a server before actually start working with PHP.

Node.js doesn’t require any external servers. You can get started by installing Node.js. After that, you just need to install http-server packages via npm (which is just a few words of code) to use built-in web server tools. Also, installation of Express.js – a Node web framework – may help to do more than just trivial handling HTTP requests.

When it comes to libraries, both PHP and Node.js have built tools that allow to install and manage them from the command line (Composer in PHP and npm in Node.js).

Comparing Node.js vs PHP scalability, it turns out that both technologies are scalable. It’s totally possible to build large scalable applications with either PHP or Node.js. Still there’s a difference that lies in the efficiency of building scalable application architecture.

PHP is supported across most popular content management systems (such as Drupal, Joomla, WordPress), which makes it an often choice as a tool for building blogs and e-commerce web applications. In contrast, Node.js efficiently serves as a tool for creating scalable dynamic solutions that deal with numerous I/O operations. It’s also possible to scale Node on multi-cores systems, though with more efforts.

When it comes to working with data, the main arm of Node.js is JSON, which is, on one hand, understandable by NoSQL and, on the other hand, is used for passing data on client side. And if early version of PHP had some troubles with JSON, it’s not an issue any more as JSON support is included in the core since PHP 5.2.

However, the main advantage of PHP when it comes to working with data is that it’s compatible with all the hosting services. And the latter is very far from the reality for Node.js, which makes a good fit with only a narrow range of hosting services.

Both PHP and Javascript are interpreted languages that can be used not only for web programming but general purpose scripting. They require a certain run-time environment to be used for scripting (in the case of Javascript it may be either browser or server, which depends on whether it’s used for client- or server- side scripting).

Although Node.js is always highlighted as a high-performative one because of its asynchronous model, PHP has also evolved in this direction. With such libraries as ReactPHP, it has become possible for PHP to be used in event-driven programming as well.

On the other hand, most servers function on multi-threading, which brings difficulties to work with Node.js. In such cases, asynchronous programming becomes more of an obstacle as not every intermediate-level programmer has enough expertise in it.

Even though Node.js is faster (some Node.js vs PHP benchmarks can be found here), PHP 7 and Node.js are almost at the same level in terms of pure performance. In other words, handling asynchronous I/O operations isn’t something that can make Node.js a winner in Node.js vs PHP performance competition.

Both PHP and Node.js obviously have their own advantages and disadvantages. However, it doesn’t mean that you can’t build the same applications using either PHP or Node.js. So how can you pick one of them? I believe that the best way to make a choice of Node.js vs PHP 2018 is to pick the one that is most compatible with other technologies you use for developing web applications. It will save your time and resources.

Apparently, if you are about to use most of MEAN (MongoDB, Express.js, AngularJS, Node.js) stack tools, numerous Javascript libraries (Angular, React, Backbone, etc.) or develop SPAs (Single Page Applications), Node.js may be a better fit for your project. On the other hand, if you take advantage of the most of LAMP (Linux, Apache, MySQL, PHP) stack technologies or other servers like SQL, Oracle, PostgreSQL you may need to consider PHP in the first place.

Although discussions around Node.js vs PHP don’t seem to cease any soon, the important thing to remember is that there’s nothing unique that you can do only with one of them – they are interchangeable. However, you can always orient at the level of development expertise and stack of technologies that are to be used in the process of development. 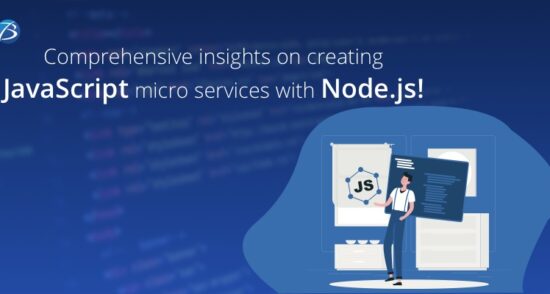 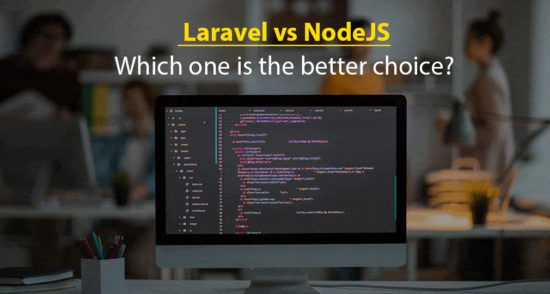 Laravel VS NodeJS – Which One Is the Better Choice?