After getting past financials and schedules, the first thing we do to kick off any project is talk story. Forget the product and data analytics for a minute. What’s the story we’re telling? How do we pique interest? What engagement potential is there?

Who reeeeally cares? Theory is, if you recognize something in a brand campaign or product launch that somehow directly relates back to you, maybe you’ll give a damn.

A lot of buzzwords exist around the idea of personalization. Targeted advertising: those creepy ads promoting stuff you were just browsing. Personalized content: those awesome playlists that feel like they were made just for you. Personalized video: those strange videos you see from candy companies that have your name and photo in it.

We all get it. Personalized anything is the new king. So why am I talking about this? Because at the end of the day, all engagement seems to boil down to two things: adrenaline or empathy. A thrilling escape or a relatable release. For the purpose of this piece, I’m interested in the latter. Triggering empathy in someone opens the door to their hearts – and just maybe their wallets. Add a splash of personalized video and things start to get interesting.

Getting people to empathize with campaign content is probably the biggest challenge facing marketers and advertisers. It’s the biggest challenge in any form of storytelling, period. Without empathy, there’s nothing more than an empty shell. A joke with no punchline. There are, of course, techniques and tricks to achieve that holy grail of emotional takeaways. Manipulative music. Sobbing mothers. Caring dads. Someone dying… But we all know when it’s overwrought, when the cheapness gets you itching to take a shower. It should be simple, not a stretch of the imagination.

And speaking of tricks, personalization seems like a trick itself. At least the video kind does. So, WTF? If your content is so bloody engaging and empathy-inducing then why the need for gimmicks? Fair. Very fair.

Well, it is a trick. And we need it. Without it, that engaging content you toiled over will stand in a sea of others, treading water, gasping for a chance to be seen. We are now challenged to promote a brand or product in five seconds so we may be heard before the inevitable SKIP AD button appears. We have to get them fast. And once we do, we need to deliver on the promise. It’s like eating dessert before the main course. The dessert needs to be good. The main course needs to be delicious.

When we started down this path of personalized video a couple of years ago, at first we didn’t quite realize what we had. We began a year-long relationship with Verizon and the Wasserman Media Group to create content for experiential activations across two major sporting events – the 2014 Indianapolis 500 and the 2014-2015 NFL Season and subsequent Super Bowl. At IndyCar, fans unlocked exclusive Team Penske content on their phones by hitting NFC touchpoints. The video had the drivers recount some of their highlight moments filled with tongue-in-cheek bravado on how awesome they were. At the end their signature draws on the screen and the viewer gets emailed an autograph copy of the driver’s picture. Admittedly, we were pretty surprised by the amount of engagement that came from fans. There was a feeling of being closer to the action and an excitement to see more. It got us thinking, we wanted to do better. So we continued to explore the idea.

When our next opportunity came around during the NFL season, we took it up a couple notches. Through installations in multiple stadiums – specifically an activation called Power Touch – fans could interact with 80-inch portrait touch screens to access exclusive player content. There were two pieces of content users could unlock by entering their full name and email address: Virtual Autograph (the 2.0 of what we did at IndyCar, now with their actual name visible on the picture the player is signing) and Join The Team – which really stoked our obsession with personalized video and was the highlight of the experience. With Join The Team, we put the user in the shoes of a newly drafted player for the home team they were there to see. First they were presented with a mock contract to sign on screen to ‘officially’ join the team. Then through the course of the video, several personalized shots were integrated making use of their name and signature. The signature seemed to sing loudest, like seeing their artwork on display for the first time. This content by far brought the most engagement and the reaction of fans was real.

We had jumped the line on empathy. Immediately we got them to emotionally invest. Why? Because they saw their name and signature in the video! And it was seamless. There was no delay between signing their mock contract and seeing their name in the opening shot. We got them fast. And with every shot that followed we got them again and again. And then later they were reminded of the experience when they received a YouTube link to share their creation with whomever they like.

Yes, we tricked them into engaging quickly. We also took the care to weave a narrative that made sense to them. They are football fans. So we touched on their fantasies and gave them a moment in which they could lose themselves.

So wherein lies the method for creating meaningful, yet simple, beautiful content that feels personalized to you without the shudder of creep?

Seriously though, we have learned a great deal from this experience, yet as with most things that succeed, it’s difficult to repeat. From the concept to the audience’s willingness to accept something new, it’s a delicate balance between all the elements at play. Some say personalization hasn’t been proven. I wonder what that even means. What is taken as gospel today, may be dismissed tomorrow. The only thing that appears to change is perception. For us, the proof is in the delighted faces and those sweet sounding clicks of purchase, as they allow surprise (and narcissism) to seduce them into believing that something was made just for them. CHA-CHING!

P.S. Because we wanted to extend this experience beyond the stadium, we developed this web version (works on iOS too):
https://kworq.com/JoinTheTeam

And for more information on the NFL project, check out the case study:
https://kworq.com/projects/verizon-in-stadium

See Next See Next
chris1 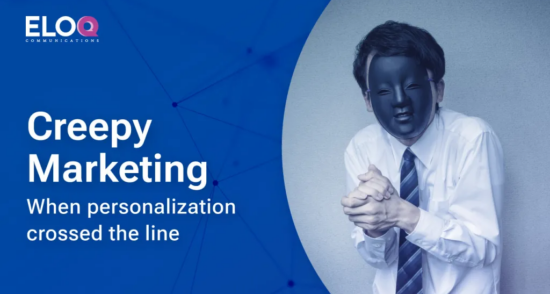 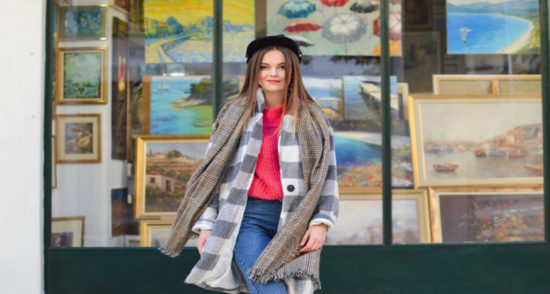