PowerApps Licensing which means to run apps each user requires separate licenses. User licenses are assigned based on users’ names.

Using custom business apps that connect with data across the web and mobile without the expense of custom software development and service for the building is – PowerApps.

Using Microsoft PowerApps, not need to write a single line code and can build apps. The entire process is not as difficult as when developers have to write codes manually because the application already has pre-built templates.

Effortlessly, they can publish their final outcome to the mobile devices and web. Per-User basis PowerApp is licensed which means to run apps each user require separate licenses. User licenses are assigned based on users names.

PowerApps for Office 365 and Dynamic 365 enable users to create and run apps within the environment of these services. These apps can be extended to authorize data in common cloud services that include Facebook, Box.com, and many more.

There are essential differences in functionality between these groups of licenses.

These include four types of plans with different features, Let’s get in detail:

Independent PowerApps plans give authority to the users to create and run apps across data sources that increase beyond Office 365, such as custom data sources, on-premises, and Salesforce.

The Office 365 plan include Business premium and Business Essential, Office 365 Enterprise E1, E3 and E5. This makes easy to utilize PowerApps within the context of Office 365.

Different programs such as Teams, SharePoint Online, and Excel can be integrated with PowerApps and the purpose behind that is to better leverage applications that are already in use and to streamline the process.

Learning PowerApps is easier than learning how to code and hence it is the time & cost saving.

Build and customize your own business apps for the web and mobile devices by hiring from our expert team of PowerApps Developer.

PowerApps makes your process more efficient…!!! Apps that are developed with PowerApps are designed to be used on different gadgets like any smartphones, desktop, laptop.

If you are looking for office 365 or Dynamic 365 development than getting in touch with us as a PowerApps Development company we have a professional development team who can provide satisfactory, innovative and most creative web and apps. 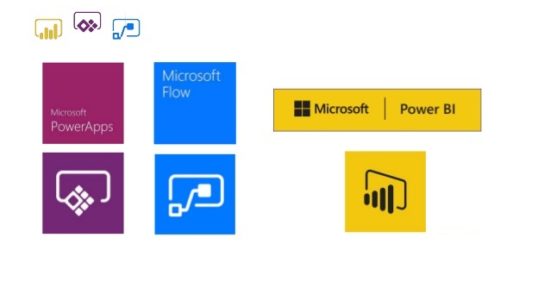 PowerApps and Power BI – Finally Together! 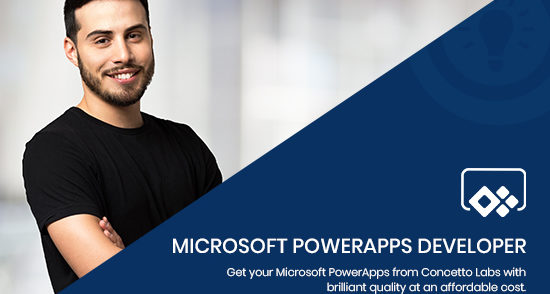