Confused about choosing between C++ and Python development? Check out this article to see how both languages vary based on various aspects.

Two of the commonly used languages today are Python and C++. Though C++ may not seem like a popular language, tech giants like Microsoft, LinkedIn, and Facebook still use it. Evernote has recently shifted to C++ for better speed and graphics. So, C++ is popular, and we all are aware of python as it is heavily utilized in AI, ML, and data analytics.

How is Python Different From C++?

Although both languages have the required features for applications in various fields, there are some differences that distinguish them. Here is a head-to-head comparison of python development and C++ development.

One of the visible differences between both languages is code syntax. C++ has a comparatively tough code syntax than python. The number of lines in a C++ code are more than python for a particular output or program.

For the same output, the python code is,

C++ is a statically typed language. It means that the declaration of variables, data type of variables, code, functions, and other elements of the program are checked at compile time. Therefore, you will know if there are any errors before run time.

In comparison, there is no type checking done in python. So, your code may have errors at run time. As python is not statically typed, you need to hire python experts to write code without errors.

C++ is a language that does not support automatic garbage collection. Memory management can be implemented in it, but it is manual.

On the other hand, python features automatic garbage collection or memory management. The feature is system-controlled in python.

Portability is the factor that extends the utility of the language. Unfortunately, C++ is not portable. If you want to run a C++ program on any other platform, you may have to recompile it on that platform. This is the reason C++ is usually referred to as “Write Once, Compile Anywhere”.

In contrast to this, python is portable. It is a cross-platform language that you can execute on any platform. This is one of the reasons why Python is ideal for front-end web development.

The speed of a language makes up an important factor in its success. If we talk about C++, it is fast. As all the errors are taken care of at compile-time, the running of code at run time is fast.

Unlike C++, python is slow. Due to its interpreted nature, python checks the entire code at runtime. Thus, making it slow.

However, if a python app developer is using it for ML and AI applications, there is nothing better than python.

Rapid prototyping is possible with C++. However, it will be tough to implement. You need to have a live interpreter like python through an IRC bot.

In contrast, Python is already an interpreted language. The live interpreter in python makes it fit for rapid prototyping, which can be further used for building powerful applications.

We all know that C++ has a complex code structure, and the code may become more complicated if the program is big. Hence, it is not efficient and clean.

Python, however, has a simple syntax that makes the code super simple and clean. The simplicity of the code makes it easy to maintain.

If we talk about installation, C++ is super easy to install on windows. Unlike C++, the installation process of python takes time.

As we are aware of the key differences between the two languages, let’s contrast their individual features!

The C++ code is complex as compared to python.

Python code is easy to write and understand.

Individual variables are declared in C++.

There is no need for variable declaration.

Exception handling is supported by C++.

Exception handling is supported by python too.

The readability of the code is not good.

The readability of the code is excellent.

Which is best for you?

Let’s answer the most important question, which language is best. Should you hire a python developer or a C++ developer?

If you want to develop a high-end app that has a complex coding structure, it will be ideal to choose python. The code structure is simple, the syntax is understandable, and it is easy to write. Python is usually chosen by startups to reduce the time to market for their app. In contrast, if your app is a simple one like a calculator, go for C++. Despite some minor drawbacks, python is ideal for most complex applications today.

Now, no matter which one you choose, if you need professional assistance, Inexture python web development company will provide you with that. Our crew of professional developers is adept at handling the programming of both languages. 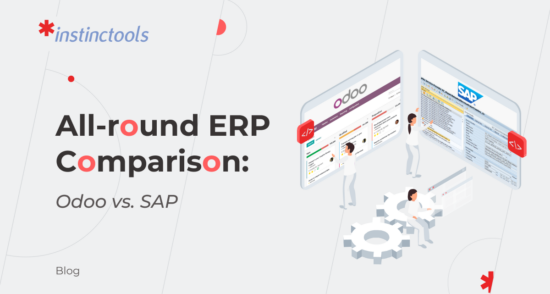