A detailed comparison for organizations and app owners to find out which framework best fits your app.

React Native vs Flutter can be a good foundation for further analysis and research. In considering which framework to use for cross-platform app development it is wise to ask two questions.

Let us understand both the frameworks and understand their differences clearly.

Flutter was created by Google and is an open-sourced framework released in May 2017. With just a single code Flutter developers are able to create a native mobile application.

It has two main parts

1. A development toolkit is provided in order to assist developers. The kit has tools that assemble the code into a native machine code applicable for both iOS and Android.

2. It also provides a user interface library that is widget-based. This holds a bundle of metamorphic UI components like buttons, inputs, test, so on and so forth. These elements help in the personalization constructed according to your needs.

Flutter uses Dart programming language which can be used for the front-end development for both mobile and web-based applications.

Reasons to Use Flutter

Easy to Learn With Easier Usability

Flutter is a contemporary framework and due to its features makes it easy to create applications. The coding is simple and you can easily make cross-platform applications.

In order to attract Venture capitalists to your project, you can make a fine presentation of your offering using flutter. Minimum viable Product or the MVP can be made using flutter.

Although not a very big community, its community presence is ever-growing.

What is React Native?

A framework built by Facebook for chalking out native apps for iOS and Android under one common language that is JavaScript.

Reasons you should opt React Native for cross-platform app development

React Native vs Flutter — a Comparison

The application components are quite similar to native ones. React Native uses native components denoting that the components shall be updated immediately when the OS gets updated. The UI also cannot be disintegrated that easily.

This looks stunning on the latest versions of the operating system. Having the advantage of a single code base, it makes the application run well on both the platforms. The Cupertino widgets in flutter go a long way to copy the platform design.

They have a few curated libraries which let the user utilize the code for cross-platform. The shared code can then be extracted in mobile, web and desktop and put into a separate archive. Their treatment will be separate but will be infused in the same manner. The developer can then focus on creating a code for a pre-defined platform without bothering about if it is compatible or not.

Flutter, on the other hand, will assist the developers to generate one code for all of its application. In fact, the web support for Flutter is not an alpha channel till date.

React Native framework is stable which makes top players create applications using it especially on cross-platforms. It is also extremely simple and with the huge community support, users are never bound to return disappointed.

Flutter is popular for its rich widgets which gives the app a great look. Documentation is great and provides an unparalleled time to market. It has one single code base and due to this feature, it is becoming a favorite of the developers gradually.

Flutter can be installed simply by downloading the binary for a pre-determined platform from Github. It is also planning to have supporting package elements like Macports, YUM, etc to ease out the installation process.

This is highly objective because depending on the need of the project and the skills of the developer productivity can be determined. If the developer is well-versed in JavaScript then their productivity with React Native is bound to be the best especially in developing cross-platform applications. React Native also is blessed with a hot reload feature that enables the developers to save oodles of time especially while testing the changes made in UI. For IDE developers, the use of any text editor is permissible.

It also contains the hot reload feature which eases the starting process. But with increasing complexity, developers have to then adjust with the new concepts and changes. Dart is not a very general language and is less popular in comparison, so the support system is not as robust as React Native.

With our comprehensive analysis of both the frameworks, we now believe that your queries to a larger extent have been satiated. Remember, information is the key and to proceed without knowledge will the first step towards disaster. 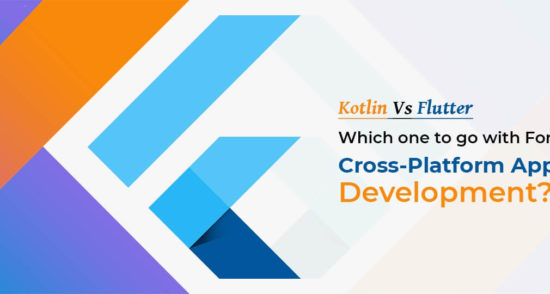 Kotlin Vs Flutter: Which One to Go With for Cross-Platform App Development? 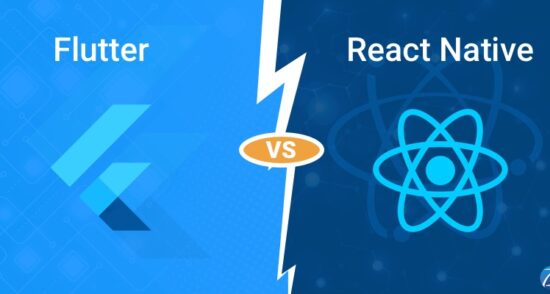