We have a basic understanding of what the platforms are about and we actually use some of them for entertainment, to engage with our network, get our news and read updates from the people we follow, whether they are celebrities, politicians, institutions or brands we love.

In the past 10 years, many other platforms tried to penetrate the market and become the next big hit in terms of social media and while some managed to get some temporary popularity, like Vine, not many succeeded to remain at the top, the audience quickly losing interest.

Quite popular a few years ago, Musical.ly was a platform that was solely focused on lip-syncing on music. The video streaming platform consisted exclusively of 15-second videos where users could record themselves lip-syncing to their favourite songs. In 2018, Musical.ly was taken over by ByteDance, a Chinese company, and transformed into what we know today as TikTok, keeping their previous Musical.ly users.

A technology company specialising in content platforms, ByteDance was founded in 2012 by Zhang Yiming, with a mission to “inspire creativity, enrich life.” Their core product, Toutiao, is a successful content platform in China, followed by other ByteDance similar platforms in Singapore, Japan and Indonesia. After taking over Musical.ly and turning it into TikTok, ByteDance decided to keep TikTok as a separate platform targeting China and decided to call it Douyin, which is now the leading destination for short-form mobile videos in the country.

The Rise of TikTok

With TikTok rising to fame, we’ve witnessed an incredibly quick growth of the platform with over 800 million users at the beginning of 2020 (Datareportal, 2020), making it the 9th biggest social network in the world. Although a significant amount of users (approximately 150 million people) are in China, the platform has seen success in other countries, like Cambodia, Japan, Indonesia, Malaysia, Thailand and Vietnam. It was only a matter of time before TikTok reached the U.S. and Europe as well, turning it into a platform that looks like it’s here to stay if they play their cards right.

TikTok as a Marketing Tool

Not initially launched as a platform with scope for marketing purposes, TikTok quickly drew the attention of brands and marketers around the world due to its incredible engagement rates for influencers, unseen with big players in the social media game, like Instagram or Twitter. According to an analysis done by Influencer Marketing Hub, this is how the engagement rates compared to other social media networks: 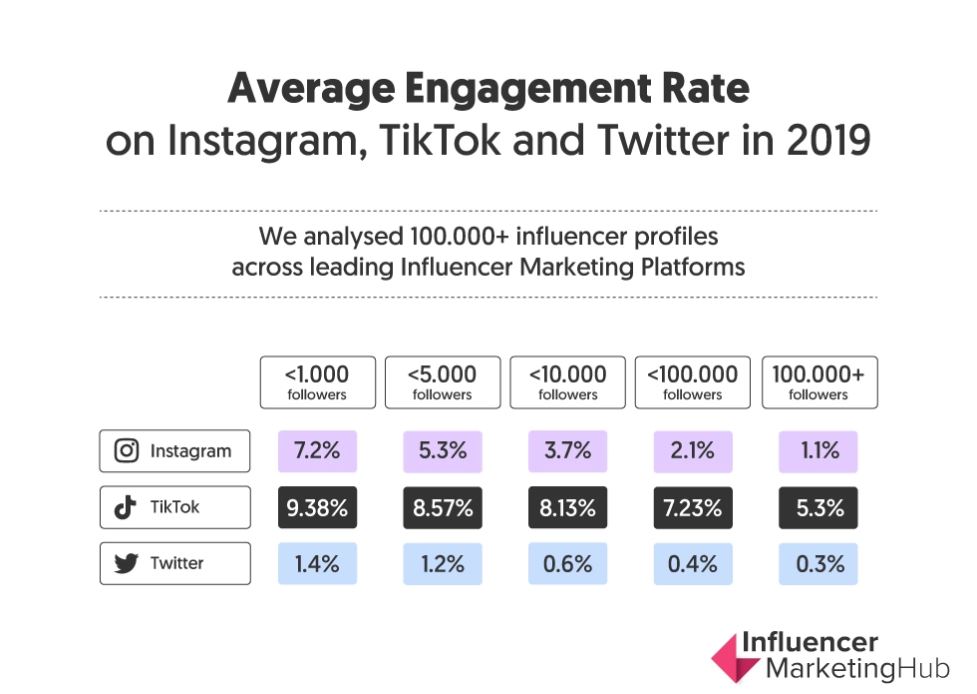 With such high engagement rates and many consistent users, including worldwide celebrities, like Jimmy Fallon not only jumping on the platform but spreading the word around and promoting TikTok via other platforms, it became obvious to brands and marketers around the world that this might be an amazing opportunity to promote their products and services.

By 2019, TikTok had already been downloaded 150 billion times (SensorTower) and was immediately added to the list of the most downloaded apps in the past 10 years even though it had just launched, compared to YouTube or Facebook.

Something that may be interesting for marketers, TikTok seems to be more popular among iPhone users than any other Android devices and 41% of their users are aged 16-24 (Globalwebindex, 2019), which was a group ByteDance intended to target all along, although, in the past two years, the number of U.S. adults has increased significantly and does not show any sign of stopping any time soon.  “TikTok allows users to create and share funny videos while singing, dancing, or lip-syncing to their favorite tunes. It allows the younger crowd to express themselves in a creative way, whether that’s by dancing, singing, or doing some form of comedy. If you think of it this way, it’s no surprise why it has generated so much hype among the teens of the world.” (Oberlo, 2020).

TikTok users are now spending as much time as they do on platforms like Facebook, Snapchat or Instagram, with a worldwide average time of up to 60 minutes per day, with little variations of a minute or two, which means they have the same amount of time to see advertisements on the platform and engage with the brands they’re following.

With such an active platform where the main audience is Gen Z, the generation that is becoming the next big spender as an age group, it is important for marketers to understand how they can help brands grow their TikTok accounts and promote their services and products, organically by creating engaging content on their feeds, but also through paid advertising. What about TikTok ads? Well, they exist, but the paid advertising system for TikTok is still in its initial phase, not giving too many advertising opportunities to marketers around the world. They’re limited to only certain countries at the moment and are being used by big brands with large ad budgets, which might change in the near future on the platform to create marketing opportunities for small businesses as well.

According to Oberlo, here are a few types of ads that are currently available on TikTok:

With an incredible debut and constant growth, TikTok might become a lasting and essential social media platform, not only for Gen Z but for other age groups as well, who are now starting to find out more about the platform and how to use it and we are excited to see where TikTok is going to be in the upcoming years.

Do you have any questions regarding digital marketing or need help with social media? Get in touch with us today at www.socialgamma.com or via email at [email protected] to discuss how we can help you grow your business. 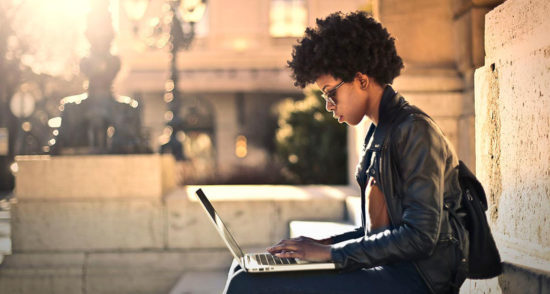