In 2015, Deak had the idea to create TDA – the first global marketplace that connects clients with marketing agencies. Four years on, Deak has been selected as a finalist for Founder of the Year in the Global Startup Awards.

This nomination is another indicator of TDA’s growing success. In February this year, TDA had the fastest open-close crowdfunding campaign on the Funderbeam platform. Shortly after they were selected as one of the top 50 startups in the world by Startup Grind, the largest startup community in the world. In addition to Funderbeam, TDA became the first investment for Fil Rouge Capital, a newly formed Croatian VC fund.

“People around me know how much I believed and invested in this idea, the idea that became TDA. The journey and development of TDA to date has been accompanied by a lot of positive feedback and acknowledgments that assure us that we are on the right path and gives us the confidence to continue moving forward. Our achievements so far have only inspired us to work harder – not to just sit back and relax. I think that this is evident in the number of awards we have won to date, and now, in this nomination” – stated Deak.

Since October 2018, more than 4,000 agencies from 111 countries worldwide have signed up to TDA, with the number of projects on the marketplace totalling more than 260 million kunas. These figures are in constant growth. Of this we’re certain: for TDA this is just the beginning of a story that we will be hearing for a long, long time.

Visit the Global Startup Awards page to vote for Goran Deak to become Founder of the Year.

About TDA:
TDA is the first global marketplace that connects companies and digital agencies. They function as an online dating site, and helps them to connect in 3 simple steps: (i) Companies leave their project; (ii) Agencies see the project and pitch for it; (iii) Companies then decide whether or not to contact the agencies for further discussions. Through this process, TDA makes it possible for any company and any digital agency to meet no matter where they are in the world without needing to leave their office. For more information, visit www.topdigitalagencies.co

They go on an annual expedition to find those companies and individuals that have gone on to become a game-changer or inspiration to thousands, if not millions or billions of users and fans – a rarity considering these numbers are something that other industries have taken many decades to achieve. Global Startup Awards is already present in over 60 countries of 3 continents and growing fast.

See Next See Next
Diana Cokaric

Diana Cokaric is the Marketing Coordinator at TDA. Previously she was the Social Media Manager at ForgeBIT, one of the leading digital agencies specialized in digital marketing and WordPress development in Croatia, where she planned and executed digital marketing campaigns, … 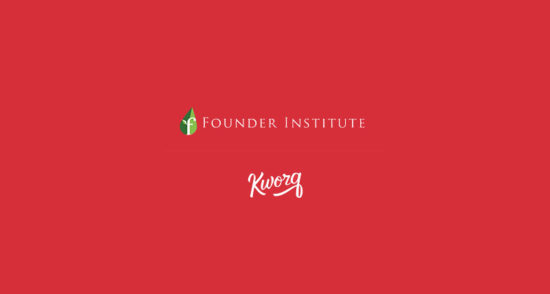