How to start with influencer marketing? What creates an Influencer? Let’s try and answer some of them for you to understand the concept, better.

Such is the power of social media influencer marketing that 65% of all brands use it as a mechanism and 92% out of the customer’s trust recommendations from other people. These influencers might not be personally known to the consumers or not part of the promotional content coming directly from the brands.

Studies reveal that we are more susceptible to buying a product recommended by a friend rather than a celebrity endorser’s advertisement. A further study reveals advertisers who invested in influencer marketing earned about $6.85 value in return for every $1 spent on the influencer campaign. This opens up innumerable opportunities for brands to improve their brand value, content, customer engagement and connect thus being able to build more organic relationships, directly.

But, the questions still remain. How to start with influencer marketing? What creates an influencer? How can I build a collaborative relationship? Let’s try and answer some of them for you to understand the concept, better.

Success in marketing often boils down to the spread of ideas. Even the traditional mass media advertising is based on the same concept. Now we live in times where there are many choices but there is a scarcity of time. Today most consumers have multiple choices and clearly outlined needs which is why advertisements are mostly ignored. With the progress of time, traditional marketing techniques are becoming less effective.

Social media is a new age, likewise, social media Influencer marketing is the answer for today’s new-age consumers. This has allowed the possibility of a review or recommendations about a product from a friend or a fellow user. It is also becoming easier for brands to collaborate with influencers to get that desired exposure.

The influencers act as a mutual friend connecting the brand to the customer. They have that capability to drive traffic to your site, get the message passed across in the different social media platforms and sometimes help by even directly contributing to sales.

Diffusion of Innovation and Marketing

This theory aims to explain why, how and at what rate new technology and ideas spread through different cultures. It reflects that the adoption of new technology does not happen simultaneously. As an example, the entire world did not start to use Facebook in a single day. It happened in phases, was first used by the youth and then the masses slowly started adopting the social media app.

Early Adopters: These people were the ones who like to adopt new ideas, try the latest technologies and spread the word. Most times these people are leaders and share their experience or reviews with others around.

Early Majority: These users adopt ideas before average people but are not necessarily leaders. They tend to become users but after the leaders and before the average masses. Typically they will check and see if the technology works before using it.

Late Majority: These are skeptical of change and are the target zone for sustainable buyers. They mostly adopt an innovation after it has been tried and tested by the majority and found to be suitable.

Laggards: These are the tradition-bound and conservative set of users. They are very skeptical about change and are the toughest to convince as buyers. These buyers can be retained very easily though.

Most marketing efforts are aimed at the mass market between the early majority’s onset to the late majority offset as this encapsulates the largest mass. Whenever you need to market a product using influencer marketing, it’s always best to approach the influencers, in the innovators or early adopters category.

An individual on social media that has a significant audience and can influence decisions about products, brands or services is a social media influencer. Journalists, Industry experts, Celebrities and Academicians are some categories among influencers. Influencers can be people with fewer followers than regular celebrities but have a wider user engagement simply because of the approachability and fellow user thought process by consumers. The follower strength does not really matter in some cases.

There are many factors that go into influence measurement. The details of the influencer need to be accessible and there are many tools to do just that. The number of followers, posts, views, likes, comments, shares etc should be taken into account to determine the influence. Influencers you are looking for will depend on the goal of your campaign.

There are again many tools available for analyzing and discovering influencers on social media. A lot of filter items and search options are available within them to aid you.

While trying to find out an influencer for collaboration, you will notice that the ideal ones have these qualities.

The better the content, the better will the results are from influencer campaigns. Ideally, the influencers have created their own follower base using their own creative styles and content it is always required to allow the influencers to have some creative space and say. The best ones are those with their own produced content and ability to share and distribute it across the platforms.

Distribution is a combination of reach and engagement. The number of followers does not contribute directly to the engagement rate. It is up to the influencer and the mechanisms they use on social media that makes them highly engaging or not. A more important factor is how many people click the links that the influencer recommended.

Once the influencers have been identified, the next step is building a relationship with them. Try to build a rapport with the influencer and try to get a general unbiased overview of your product. It will help you to gauge the attention it has captured from the Influencer. Sharing a rapport with them will help in breaking the ice and pitching for the collaboration of the campaign. Depending on who the influencer is, they might have a management team who will still help to progress the campaign. Most Influencers are not business people and stick to their creative production and let a management team take the calls.

It’s a whole new world for Social Media Influencer Marketing and it’s ready to take your business to new heights. Are you ready to take the plunge?

See Next See Next
Lena Touzos 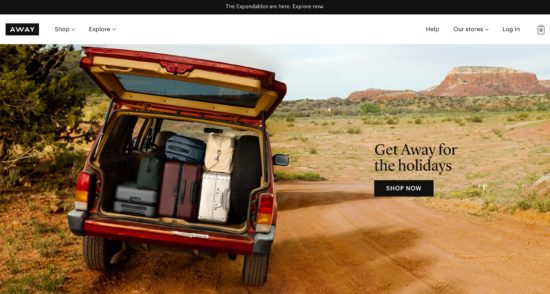 How to Crack the Direct-to-Consumer Market: Your Complete Guide 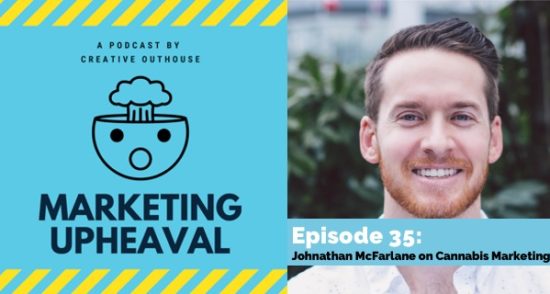 Cannabis Marketing: Optimizing a Brand in a New Category [PODCAST]