We are living in the future that science fiction writers dreamed of. We can communicate with whoever we want whenever we want; stream almost any media on demand; buy anything – legal and illegal – online. We can even go on holiday to space (if we’re rich enough). We can’t deny that, tech-wise, we have it pretty good. So what is the future of mobile?

It could easily be argued that the phone, the television and the computer can’t actually get much better. No matter what we think, however, tech giants will continue to release phones with new features every year – despite these often drawing criticism for being minor or gimmicky. Gareth Bevis of TechRadar criticised the latest iPhone, the 6S, for being “very similar to 2014’s model” despite its innovation of a 3D touchscreen. Samsung’s latest phones and TVs look like the old ones – but with curved screens.

Michael Wolf projects the consumer tech industry will experience $535 billion growth between 2015 and 2020. We will keep on demanding the technical progress we’ve come to expect in the future of mobile. So what radical new features can the smartphone giants bring out?

What is the future of mobile?

Global juggernauts like Facebook will spread their reach to even more aspects of our lives: you can already order an Uber straight from Messenger in some areas. Apple and Google will undoubtedly continue their mobile ‘space race’, especially now Google is finally bringing out its own smartphone.

Apple taking away the headphone jack caused a lot of controversy this year. But just as landline phones gave way to mobile phones, self-charging smartphones will replace models that need cables. Wireless charging seems to be the focus of several companies such as Ossia, KDDI Corp and Qi Wireless. Ikea has even started selling tables with tops that wirelessly charge your phone.

Wireless wearable tech is the latest (and, indeed, first) step towards cyborg fashion. Since we already have watches that are smartphones, we may see sneakers you can change the appearance of with an app and technological tattoos among the next trends. Frog Design suggests that data readings from wearables will be made publicly available to influence our purchasing decisions. Aggregated heartrate readings may help us choose the scariest film to watch or rollercoaster to go on, or we may look at sleep data to compare mattresses’ comfort before buying.

Back to our future

All these might seem implausible for the future of mobile – just as getting virtual reality kits for Christmas once seemed unlikely. Yet here we are in 2016 and Samsung’s Electronics Gear and Google Cardboard were the techy toys of choice last Christmas. Facebook may have bought Oculus in 2014 for $2 billion and CEO Mark Zuckerberg may claim that “immersive 3D content is the obvious next thing after video”, but there is still no guarantee that entering virtual realities will become a daily activity. Will we ever want to immerse ourselves in traumatic news reports or the latest Meryl Streep film?

In the near future, VR is likely to be most prominent in gaming. Yet this remains a controversial topic. Critics fear the potential effects of blurring the line between reality and fantasy: if we are to believe that violent games do indeed make people more violent in real life, one can only imagine the dangerous effects of VR shooter games.

What is most likely for the future of mobile is that our smartphones will continue becoming more and more integral to our lives – and get more human. As Siri, Cortana and other digital personal assistants learn more about us through our mobile activity, the better they will be able to accommodate our needs without us even having to ask them or even look at our screens.

These personal and corporate ‘chatbots’ may not pass the Turing Test (yet). But as they become more sophisticated, it isn’t hard to see how they could fit into our lives in the future. You can already ask Amazon’s Alexa questions around your home (and tap into over 130 apps through ‘her’) and text your central heating to tell it to turn on. And soon you’ll be texting chatbots to do everything – you may never have to talk on the phone (to a human) again!

Just as we made the transition from black and white to colour television, desktop computers to laptops, cellular bricks to sleek smartphones, we’ll keep on embracing technological developments. Digital technology’s rise has been so swift and pervasive that it can be hard to remember the analogue era. Until we rewatch late 20th century media, that is. We laugh when we see people shopping from catalogues, being scared of hulking desktop computers, or using comically large brick ‘cell phones’ with antennae.

We’ll inevitably decide that some of the new technologies that come out this year just aren’t for us and the future of mobile will have to adapt. 3D television never did catch on, did it?

See Next See Next
info463 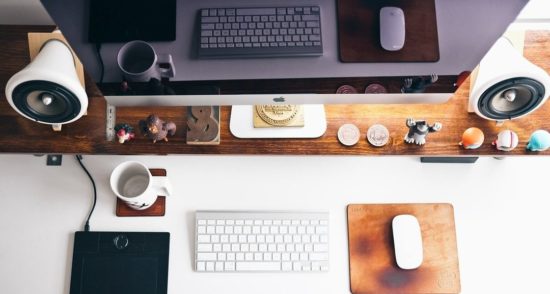 Manifesto for the Future of Work, Agency Partnerships & Marketing

2021 Obscure Trends in Branding and Websites for Digital Products