Why choose the complicated framework and write codes in different languages when you can get everything done on React Native quickly?

Facebook wanted to come up with a framework that gives a native performance and Hybrid’s speed. After years of hard work and tests, the company launched React Native that offers great performance and involves a shorter deployment cycle.

As the demand for secure and faster mobile applications is increasing, developers are ready to go the extra mile to develop a perfect smartphone app.

Sure, developing a high-quality mobile app is a time-consuming task (especially the native apps). But, React Native follows the code re-use and cross-platform concept, according to which, developers can use a standard code to build a mobile app.

This code can be used for both iOS and Android mobiles.

Instagram, Skype, UberEats, Airbnb, Tesla, and other such world’s popular mobile apps are developed on the React Native framework.

The question is what makes React Native a popular platform for app development? Why do mobile app developers recommend native apps?

Let’s have a look at the top 10 reasons why businesses should choose React Native to build a perfect business app.

The first factor you take into consideration while picking a framework for mobile app development is the overall cost. The best part about React Native mobile apps is its lower development cost.

Unlike other frameworks, React Native allows the developer to utilize the same code for Android and iOS. Now that the same code can be used for all devices, there is no need to learn C++, Swift, Java, and other such programming languages.

A professional programmer who’s an expert in the Native UI library and hybrid app development environment can do a wonderful job. You don’t need to alter coding for different devices.

This way, the overall app development process gets faster. Businesses do not have to hire extra labors to type codes for different devices.

A professional mobile app development company creates an application code that can be used on both Android and iOS devices.

That being said, you can shorten the development process by 50 percent. The lesser time it takes to set up the application, the lower it costs.

When it comes to mCommerce, retailers want their application to reach out to as many users as possible. You don’t want to lose the iOS users just because the framework you chose couldn’t support iOS devices.

It is, therefore, important to hire React Native developers and get your app launched on iOS and Android devices both.

Some frameworks only support a particular device. It can either be iOS or Android. However, react native platform supports both iOS and Android.

The framework was created and introduced by none other than the Facebook team. The company launched the React Native platform for iOS at the beginning of 2015 and released the framework for Android devices later in the same year.

Developers love the experience of designing and coding an application on the React Native framework. The positive development environment, perfect UI elements, and easy programming requirements make React Native the most convenient framework for app developers.

The platform allows users to make changes in the coding even after launching the application in the mobile app market.

If you want to modify certain features, you can do it without restarting the development process. The use of JavaScript in React Native apps allows users to launch the updates quickly.

Usually, developers have to get the updates reviewed by the App Store before releasing it to the users. But the advanced tools of this platform allow app developers to release the updates almost instantly.

Using React Native, you get to use Flexbox to create app design for all devices (Android, iOS, and Web). Moreover, the platforms allow users to integrate Chrome development tools to React Native.

As the name implies, React Native is all about React ideas. The shorter production cycle and high-performance features are two of the best qualities of the React Native mobile apps.

For the development process, React Native allows users to build the interface and app using ReactJS UI. Launched by Facebook, ReactJS simplifies the coding part and enhances the performance of the app on smartphones.

React Native is an efficient framework that offers a live reload function. The users get to see code on the first screen and the second screen shows the result of the coding on a smartphone screen.

Nowadays, companies only need to hire a React Native developer who is familiar with native UI components, API, hybrid app design patterns. That’s it! You don’t need to employ a large team of developers. A JavaScript developer who possesses experience in React Native app development can do the job.

Being one of the popular and largest mobile app development frameworks, React Native offers great support to the developers. If the developer faces any issue during the programming or development process, they can approach the JavaScript and Native professionals to get the issue fixed.

React Native is tailored to the requirements of smartphones. The framework is an ideal solution for businesses that plan to release their applications on smartphones and other gadgets.

The developers find React Native a faster and reliable framework because the platform allows users to build a native app without having to use WebView. In fact, the WebView elements can be completely ignored while developing a React Native mobile application.

The codes are the same for all mobile devices. The main idea of React Native is to cater to all types of mobile-based requirements.

Everyone knows that this product of Facebook has done an amazing job so far. It has made it easier for app developers to deploy the mobile app on different devices using simple code.

The development environment and Native UI components simplify the building process. Currently, React Native is considered the top choice of app developers. The framework has been used by world-famous companies such as Instagram and Uber Eats.

Facebook keeps on updating the framework in order to provide the best user experience. The developers find the easy programming and simple coding language the best part about React Native.

If there is one thing that makes React Native stand out from other frameworks, then that is its mobile UI elements. To app developers, the platform looks like a JavaScript library.

The built applications not only run faster but offer a great performance to the end-users. Unlike the classic hybrid app, React Native provides the developers with the best tools and UI elements.

As long as you are choosing the React Native framework, you can rest assured that your app will be smooth and easy-to-use.

Do you know what the most challenging part of the mobile app development process is? To the beginners, coding seems to be the most difficult step in creating a mobile app. Since React Native is all about language fundamentals, the code used to build the app is super simple and easy to comprehend.

For users who have started to use JavaScript, React Native can prove the perfect platform to get familiar with the hybrid app development environment. The framework is tailored to suit the demands of app developers. It allows you to learn different types of elements including maps and filters.

In React Native, the interface is created with CSS-like sheets. These advanced sheets allow users to use the weight, line, margin, size, fonts, border, height, color, and other such UI features easily.

Usually, the main aim of frameworks is to offer hybrid app development services to developers. But React Native focuses on offering the best User Interface elements.

Why choose the complicated framework and write codes in different languages when you can get everything done on React Native quickly? All you got to do is hire an app developer and get your app built on this customized platform.

Hire React Native development services and let the professionals design a perfect mobile app for iOS and Android. Impress your target audience with an outstanding mobile application and grow your business. Good Luck! 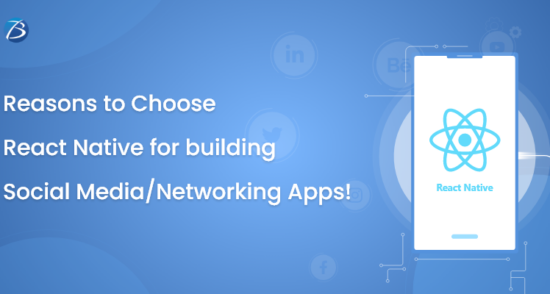