How has video streaming apps like Netflix taken a plunge in the market? Read the article to know more about Netflix and its business model.

In the midst of television, switchovers emerged this unique cosmos of video streaming apps. The shows and videos stream straight to the smart devices of the users.

So, when did it all start?

The improvement of the internet in the mid-2000s led to an explosion of video streaming apps. Later, Amazon launched Prime video in 2006 and earned millions of users.

A significant turning point in video streaming services came in 2013 when Netflix launched its first original series — House of Cards. Our research on the Netflix app says that it has over 195 subscribers and $17 billion in content spent with $40 billion in revenue estimated in the next three years.

Well, why wouldn’t this app earn billions of revenue when it gives all that a movie buff needs? After all the statistics above, your next business venture would be investing in a Netflix clone.

Let’s give you some knowledgeable insights on grabbing the prodigious business market opportunity of building an app like Netflix.

As a startup, you may have plenty of options to consider before you decide to develop a video streaming app. Many would also suggest you create an app from scratch, which is truly expensive. However, the best option as a startup is to invest in a cost-effective clone app development.

For a better understanding, let us give a detailed description of the video streaming business models and how these apps function to generate huge revenue.

In addition to good content, the success or downfall of any video majorly depends on the business model you choose. Netflix nailed it with a suitable business model, and Hulu is becoming extremely popular.

The best approach to achieve success is to study the rival’s business. We have broadly classified the online streaming app into four segments to decide which one suits the best for your business.

In the SVOD model, as the name suggests, the users that download the app will have to subscribe to the membership either monthly or yearly to watch their favorite videos and stream in HD quality. There would be a couple of other benefits too for the users to enjoy streaming offline.

Netflix, HBO GO, and Hulu are the best example of such models.

In this model, users need not pay for a long-term membership, and they need to pay only for videos they want to watch. According to some policies, some platforms offer limited access, whereas others provide permanent access to purchase content.

Like the pay-as-you-go term for mobile bills, it is just the same pay-per-view model. This model works the best for live streaming for sports, concerts, etc.

The best example for TVOD is the WWE streaming app.

This model is the largest and the most popular business model. You must be wondering why?

Streaming services offer free access to videos sometimes. However, users see advertisements after every few minutes. The catch in this is that every ad is money-making. A platform following this model supports promotions like:

As the name suggests, it mixes all the above business models. This means the streaming services offer additional value-added services to attract new users and convert the free users to buy a paid subscription. The added benefits could be anything like Ad-free videos, Offline videos, Access to HD videos, or even watching the original video.

Now that you have learned the different business models you can think of while starting a video streaming business, keep reading about how online video streaming apps have made it to the top.

“Netflix is a Verb more than a Noun.”

People are glued to their screens to watch a series or movies on Netflix.

Over the years, Netflix has been the most competent video streaming business, with success roaring to $7.7 billion in revenue.

Today, manufacturers and engineers have come up with a new tactic of providing a Netflix button on the TV remote. This shows how the brand has impacted everyone’s minds. A major driving factor for this madness is the AI used by Netflix to viewers’ personalized choice and streaming quality or location scouting.

The most brilliant move Netflix started was the subscription model, which became highly influential. Users gave a 14-day trial and then continued to watch by paying the membership amount.

Viewers started to subscribe to the content due to its striking feature. And that’s the fame game of original content. This is not available anywhere or on any other platform outside of its cost, and people would instead prefer subscribing to Netflix.

Ad-free video streaming is the most liked phenomenon on Netflix loved by. This helps people to watch their favorite shows without any interruptions. Of course, this feature would add a star to Netflix’s business cap. This has pushed the users to binge-watch the video at one go.

Accessibility is another consistent feature to make the content available to the users on any device anytime. Whether mobile phone, tablet, laptop, OTT set-up box-like Apple-TV, Amazon, etc., you can watch Netflix on any smart device.

With the above-said features, Netflix hits the high score of profit-making. Even you can make it possible with such a video streaming business by adopting and building a Netflix clone.

What is the quickest way to start a video streaming business?

Nothing was quick earlier, and all the mobile applications took time to develop from scratch. Today, everything is possible with internet and clone solutions. You don’t need to be a coder to launch a video streaming app.

Clone scripts of popular apps or sites have made it simple and accessible. For instance, an app like Netflix is available with the same UI and features, and it means that you can start a Netflix-like video streaming app with the same business model, features, and UI. You need to find the best clone app development company to build clone solutions.

Hiring a Netflix clone developer or launching the app does not mean it is copied. These clone scripts are customizable, and you can shape them in your unique way with your brand identity.

Calling them a clone app like Netflix is just to set up a standard way with modern-way of video streaming app platform. With the best clone app solutions provider, you can get your original script customized by adding new features and launching it as a high niche video streaming app. Even if the app is developed as a clone script, there is a vast space for innovation.

See Next See Next
Mahil Jasani 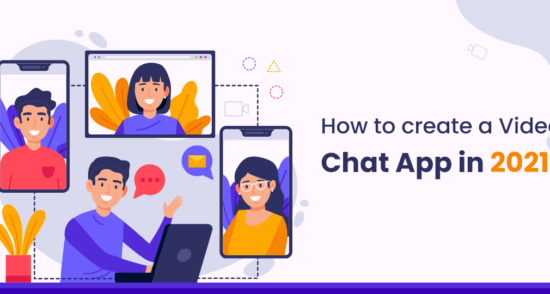