Vietnam is growing fast, and cities are becoming richer. These make shopping spree boom and luxury brands confident in their foothold in Vietnam.

From supercars on narrow streets…

Although Vietnam is an emerging economy with GDP per capita hovering around US$2,600-3,000 in 2018, this country’s wealthy people are famous for living in a lavish style and spending fortunes. A survey by the market research company Vietnam Business Monitor (Vibiz) showed in 2017, as many as 8,670 luxury cars were sold in Vietnam in 2017 and the amount of money spent on the cars was VND20 trillion (US$877 million). It also indicated that year, Vietnam imported 21,902 supercars worth more than VND2 billion (US$87,000) each. These figures reflected that Vietnam is a lucrative market for the world’s fancy car manufacturers with an annual growth rate of 40-100%.

European luxury four-wheel brands imported to Vietnam include Audi, BMW, Jaguar Land Rover, Bentley, Maserati, Lamborghini, Porsche, Volvo along with that of America – Ford – and those from Japan – Lexus and Infiniti. Moreover, Vietnam has a high demand for Chrysler, Lincoln, Cadillac, Alfa Romeo, and Acura.

After many years of investigating the market, in mid-October, Italian luxury sports car manufacturer – Ferrari – debuted Ho Chi Minh City-based iconic flagship store managed by Supreme Auto. Kevin Oh, Supreme Auto’s general manager, says: “As long as we have studied in Vietnam market, we found that Vietnam is a country with fast growth and plenty of potential capabilities. There are 50 Ferrari cars running in Vietnam at this moment, and we are here for giving official service for them first.”

A highlight of the event, Supreme Auto is unveiling the Ferrari F8 Tributo, a car that pays homage to the most powerful V8 in Ferrari history. This car’s selling price was rumored at over VND30 billion (US$1.3 million).

According to experts, a majority of Vietnamese millionaires are willing to spend about 5% of their asset value on cars. There are more than 160 imported super fancy cars with the cost after tax worth up to VND80 billion (US$3.5 million) each. Additionally, over 1,000 luxury cars worth approximately VND10 billion (US$433,000) are owned by Vietnamese tycoons.

…to hundreds of millions worth of watches

Entering Vietnam in 2012, the world’s oldest diving watch brand Blancpain from Switzerland has been silent. This period of time, according to Jalil Elkouch-Bordier, Blancpain area sales manager was made use of understanding the promising market. Until October this year, for the first time, Blancpain introduces valued guests and local media 12 watch models including two limited versions – Fifty Fathoms Barakuda (only 500 pieces are made) and Fifty Fathoms Nageurs de Combat (300 items). Although not being unveiled officially, each item is forecast to cost more than VND300 million (US$15,000).

Ordinarily, every timepiece is able to run for 35-48 hours without needing winding. However, the high-end items of the Fifty Fathoms collection have a power reserve of up to 5 days.

Since the release of the world’s first modern diving watch – the Fifty Fathoms – in 1953, Blancpain has supported multiple initiatives and partnerships dedicated to the exploration and preservation of the underwater world. All these activities are reunited under the Blancpain Ocean Commitment (BOC) global program.

Jalil Elkouch-Bordier said that Vietnamese people, especially the youth, have higher income and high awareness of environmental protection and community. When coming to Vietnam, Blancpain believes valuable timepieces with meaningful community messages will win the hearts of Vietnamese consumers.

The average GDP growth in Vietnam is projected to be around 6% annually until 2020, the country’s wealth market is predicted to continue growing another 200% in the coming years. Vietnam’s ultra-rich population is growing faster than any other economy in the world, higher than India and China.

The World Bank predicted by 2035, more than half of Vietnam’s population will join the global mid-income earners. The growth rate and the expenditure of the Vietnamese super-rich elite are passing Singapore and Thailand.

Vietnam is a developing country, urbanization is growing fast, and cities are becoming richer in the next few years. These make shopping spree boom and luxury brands confident in their foothold in Vietnam.

Author Vi Mai is a PR manager of EloQ Communications, a leading PR and marketing agency in Vietnam. She has had more than 10 years of experience in journalism and social marketing. She is also a planner for key projects at EloQ.

The blog was originally posted on EloQ’s blog. 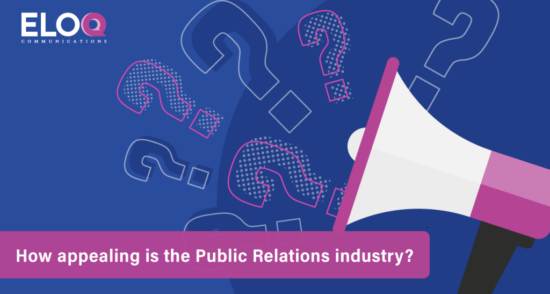 How Appealing Is the Public Relations Industry?

How Appealing Is the Public Relations Industry?