92% consumers believe in the recommendations from friends, families and people whom they trust more than brands’ advertisement.

Influencers play an important role in bringing brands closer to their consumers. According to Nielsen’s Global Trust in Advertising report, 92% of consumers believe in the recommendations from friends, families, and people whom they trust more than brands’ advertisements.

How did Vietnamese influencers react to the COVID-19 outbreak?

The Coronavirus has created a serious global economic-social crisis. Within the big collective crisis, there exist smaller-scale individual crises. Very few dare to claim complete immunity to the pandemic.

As one of the most social media savvy groups out there, influencers obviously cannot go missing in action for many consecutive months. Yet, the question lies in how they should act and communicate to ensure a smooth sail through the pandemic, or even turning “risks” into “opportunities.”

Dr. Clāra Ly-Le, Managing Director of EloQ Communications and also an expert on crisis communications, shed a light on the matter: “During the pandemic, social media communications is extremely crucial to brands as well as influencers. Influencers must be careful with every single statement to protect their personal branding. The increase in online presence along with the sensitive circumstance we’re all under might magnify the consequences of every wrong move.”

During and after the pandemic, social media check-ins at fancy locations, or bragging posts about luxury possessions… are out of place or even offensive to most of the audience who are having pays cut. Commercial posts that attempt to sell are also not welcomed.

70% of the public said that they’ve been looking for a guide to appropriate actions during the pandemic – according to a recent survey by Influence Centrals. In turn, 73% of influencers reported having mentioned the Coronavirus in their content.

In Vietnam, the social media scene lacks professional public figures with large amounts of followers such as Bill Gates or Dr. Anthony Fauci (USA) to act as thought leaders. Hence, it makes sense for the Vietnamese public to turn into the influencers they are following for a how-to guide on preventing transmission. Without failing the public’s expectations, Vietnamese influencers constantly shared snapshots of their daily lives while reminded people to wash their hands frequently, wear a mask, or maintain social distancing…This type of content is not new, but since it was delivered in many creative and humorous ways, so it’s more captivating and easier to memorize than the same message delivered on mainstream media.

Influencers’ most popular posts include indoor workout tutorials, healthy and tasty home-cooked recipes, encouraging and motivational quotes reminding the audience to pay attention to their immune system and keep a positive attitude during hard times, etc. Social media stars got creative with the #I’mAtHome hashtag in all kinds of ways, such as writing couplets that rhyme with their names, or taking a “quarantine photo-shoot” challenge right in their home, etc. Soon after, the young generation started to follow the trend. As a result, the message “staying home equals patriotism” and a spirit of optimism were given land to spread naturally and effortlessly.

Uplifting and feel-good content can generate a wide reach and win the public’s affinity. “This special circumstance can be an opportunity for influencers to hone their skills by producing attractive, practical, and humane content without stepping out of their home or the help of a crew. Influencers can become “cooler” and more mature during hardship” – Dr. Clāra Ly-Le said.

Vietnam is among the list of nations ranked as the best responders to the COVID-19 pandemic. In the country’s “low-cost disease prevention,” communications strategy holds the vital role, in which influencers also contributed a great part.

In contrast, celebrities who conducted themselves poorly – those who spread rumors, disobeyed quarantine order, or expressed negativity… face harsh backlashes for going against the entire nation’s “fighting against Coronavirus like fighting against enemies” efforts.

There’s nothing better than using your own creativity and professional skills to contribute to the battle against the virus. Most successful efforts include Khac Hung – Min – Erik – Quang Dang’s MV “Ghen co Vy” with the hand-washing song that has gone viral across the globe.

These kind gestures have answered the public’s expectations for influencers: that they ought to practice social responsibilities and show philanthropic efforts when the community is met by challenges. Brands are also closely observing these influencers to pick out, who suit their corporate values the most.

If being an influencer is a job, then the influencer’s attitude, actions, statements… will be the determining metric for the success or failure of their career. As long as they understand this, influencers will know what to do during special circumstances.

Nhung Do is currently a copywriter at EloQ Communications. She has more than 10 years of experience in writing, teaching, and content creation. Her first book is “Fox fire in the sky – 100 tales about Finland”, which presents her best cultural experience in the hometown of Santa Claus. The post was originally published on EloQ’s blog. 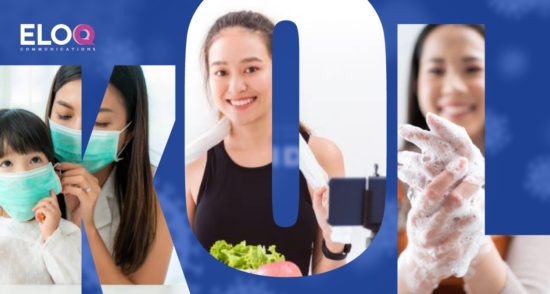 Vietnamese Influencers and the COVID-19 Pandemic 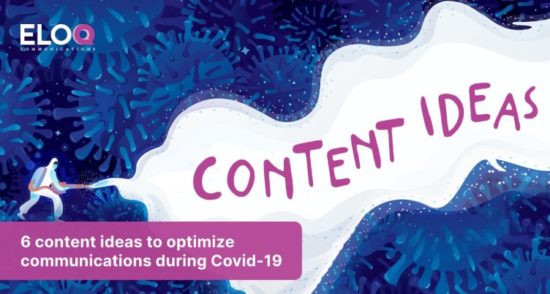