Interface design enables humans to interact with technology. Excitingly, VUI are fundamentally changing how we interact with many of our devices.

Interface design enables humans to interact with technology. Excitingly, voice user interfaces are fundamentally changing how we interact with many of our devices.

Whether you’re new to voice technology or you’ve already gotten your feet wet, this “everything you need to know” primer gives a high-level overview of the various benefits and challenges of voice. These benefits and challenges will be driving forces in shaping the future of voice user interfaces. To get started, however, let’s first examine how voice interface design is different — and why that’s revolutionary.

Though we can find several different examples of interface design in our daily lives, GUI, or graphical user interface, is probably among the easiest to understand. When you browse a website, order food on your smartphone, or even launch a music application to help propel you through your workout sessions, you do so by interacting with your electronic devices through graphical elements.

Consider the example of ordering a pizza with your smartphone. You need to follow visual cues to choose your favorite ingredients, check out, and finally reach the confirmation screen that allows you to sit back and relax. If you’re checking your bank account on your laptop, you’re interacting with visual elements in order to log in, select an action, and ultimately display your account activity.

You weren’t born knowing how to interpret and interact with the graphics you’re looking at in these interactions. Instead,  you’ve learned what they are over the years, and become used to specific navigation flows. You’ve also learned to manipulate the graphics you see by using tools such as a mouse, a stylus, a trackball, and even your finger.

Though these navigation tools and methods have become quite standard, tech giants have been heavily investing in a different tool to assist with technological interaction. It’s a tool that’s a great deal more natural for users. It doesn’t always require you to look at graphic elements on a screen or to learn to use all those different navigation tools and methods. We’re talking about voice user interface or VUI.

How Does Voice User Interface Work?

Voice user interface is a way users can interact with technology by using their voice. Although a screen may be involved sometimes, VUI doesn’t require visual elements to exist. Everything can be handled by speech alone.

One of the most popular use cases for voice user interfaces are voice-enabled AI assistants such as Siri and Alexa. These devices understand human speech and respond to it, performing a range of actions to accomplish different tasks. Voice-enabled assistants can perform tasks such as adding events to a calendar, creating a to-do list, playing music, turning on the lights, looking up recipes, and even telling jokes.

As voice technology evolves, the available features and functions will become more elaborate. In addition, integration with other existing applications and platforms will continue to increase.

What Are the Benefits of Voice User Interface?

What makes voice user interface so appealing is how natural it is for humans to express themselves through speech.

Think about it: Talking is one of the first skills a child learns. It happens naturally — in stark contrast with how each of us has to learn to tap on a screen or use a computer mouse. In this sense, talking to a device is a much more comfortable approach toward interacting with technology. Voice technology can even be an advantageous tool for people who aren’t tech-savvy, or for people who are visually impaired.

In addition to being more comfortable for users, voice technology is often safer and more practical. For example, say you’re in the kitchen and you need to set a timer. The ability to request a voice-enabled assistant to set a timer for you can be immensely helpful. It saves you time and effort, enabling you to focus fully on preparing that family recipe that will surely impress your in-laws, or baking that holiday fruit cake that wasn’t entirely successful last year.

Voice technology is also a powerful tool for businesses, as it generally feels more human for users. That means businesses are able to use voice user interfaces to develop stronger, more memorable personalities that allow them to truly connect with their customers.

What Are the Challenges of Voice User Interfaces?

One of the biggest challenges with voice user interfaces is that speech is extremely complex. Each individual speaks in a distinct way, and it’s difficult for devices to comprehend the countless nuances of human communication. Thus, voice-activated technology needs to take into consideration different figures of speech, sentence structures, accents, and intonations. It can get tricky.

For example, there’s more than one way to ask a voice assistant to send out an email. Some people may prefer to get straight to the point, while others may express their needs in more detail. Voice-activated devices need to be programmed to account for this astounding range of possible user approaches.

In addition, voice-activated devices are, for the most part, unable to assimilate context. That means they’re incapable of having long conversations. They’re also not well-equipped to recall previous conversations that can impact current ones. From a human-interaction perspective, that’s a significant failure that can cause users to lose interest in a product.

What’s the Future of Voice Technology?

Voice user interfaces still have a long way to go. That said, they’re already widely adopted and revered worldwide. Businesses in many industries are exploring the potential, looking at ways to use voice. In the big picture, voice technology interest and adoption are growing at a breakneck pace.

There have been plenty of discussions regarding whether voice technology is the future or just a fad. Personally, I believe that voice technology is absolutely part of the future. I don’t think everything will be replaced by it, but only that which is necessary. Similar to virtual reality and augmented reality, there is plenty of market space in which this technology can grow. I believe that voice technology will evolve in surprising ways, accommodating the market’s requirements, solving user problems, and expanding our understanding of what’s possible with voice.

Curious about how Distillery helps clients use voice technology to innovate their products and develop more meaningful connections with users? Let us know! 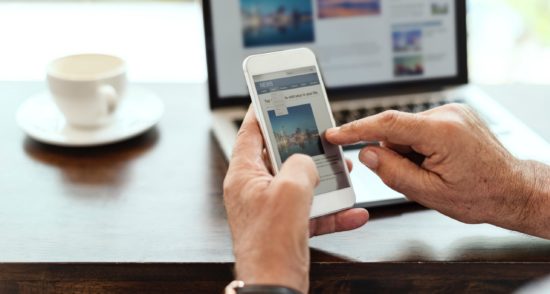