Wondering what is angular service?

Services in Angular or Angular Services (can be used as synonyms) are singleton objects. Singleton objects refer to a design pattern in software engineering (web development included).

The purpose of using singleton objects is to restrict the instantiation of any class object to a single instance or component.

In other words, singleton objects can be used to coordinate with every component in the application and not just with one. However, there is a catch to it. The singleton objects are only used once in their lifetime. You will have the flexibility to create more objects as per the changes in the situation, but any instance can only be used only once.

Ok, to make it even more simple. Let’s understand it like this. You know Gmail, right? On the homepage, you will see the logo on one side, the sign-in component on the other, there is an image, a create account component, and so on.

Even though these components have their standalone tasks and purposes, they also have common tasks and functions.

In technical terms, Angular Services are based on the principles of dependency injection, supplying dependencies from one object to another. The official definition provided by Angular for Dependency Injection says that it is a technology that can inject a service into a component without going through the process to create them.

The purpose of using services in angular is to increase the flexibility and modularity of the applications. 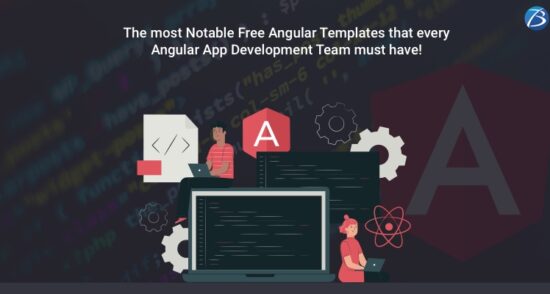