Here are some of the benefits it offers that makes it a good choice for building a web application in your next project.

As the people are becoming more tech-savvy their expectations from the software applications are also growing with time. This has been one of the key reasons that have led businesses to build more user-centric software applications for better customer engagement. It has been a fruitful approach that has enhanced overall business prospects and is largely used by the industry bigwigs to ensure that their user is well engaged. ReactJS Development is one of the most sought after frameworks that is largely used by the developers to build high-end web applications for businesses. ReactJS Development Services has been largely pursued by both industry leaders such as Apple, Netflix, Dropbox, PayPal, Coursera, Intuit, Reddit, etc. and the budding startups alike. It has played a major role in developing high-quality web applications that are user-centric and more functional.

While the ReactJS has taken the Web Development by storm, let us explore some of the key benefits offered by ReactJS Development that makes it a good choice for your next web application project.

Scripting is the cornerstone of the whole development process. Although it could be a bit tricky at times, especially due to the syntax errors that make debugging even more challenging, ReactJS on the contrary, lets you use JSX, which is a free syntax extension. This makes scripting a lot easier.

With JSX, HTML quoting becomes simple for developers, since rendering becomes a subcomponent of the process. As you can easily convert the HTML mockups into ReactElement trees, ReactJS makes developing top tier applications and custom-built components simplified. It is due to this fact, that ReactJS is often termed as a handy framework among the web developers.

Using ReactJS lets the developers not only get the error messages and alerts that are informative, at the same time, but the entire code also becomes more legible and cleaner, making debugging easy.

ReactJS lets the developers build code in the form of smaller sections known as components. These components are reusable in nature and can be used as it is wherever required, instead of writing the code from scratch.

The reusability of the code saves time and effort that is put in to write the components several times, at the same time, it also reduces the chances of errors, simplifying the debugging and maintenance processes.

While the other JavaScript frameworks use Real DOM that is difficult to update, especially when there are a large number of elements, making it a time-consuming activity, ReactJS uses Virtual DOM to make it faster.

Virtual DOM, the in-memory representation of Real DOM is employed by ReactJS to make sure that the updates are made faster. Whenever a change is made in JSX, ReactJS updates the Virtual DOM objects in one of the Virtual DOM and then compares it with the other (diffing) to find the changes that are made in the objects. These changes are further implemented in Real DOM.

Though this might sound a bit tedious, it is way faster as the updates made in Real DOM is done only for the selected objects where the changes are made. This improves the overall performance of the application in the long run and complex functions.

The users expect the application to offer high-speed performance with faster turnaround time. For better customer engagement, the speed of the application has to be good, to make sure that the customers are not put off.

Due to fast-paced lives, people are seeking faster services, and ReactJS is there to offer it. As ReactJS Development extends both the client-side rendering and the server-side rendering, the performance of the web application becomes faster several folds.

SEO is important, especially when it comes to reaching out to the target audience. It offers better visibility and lets your potential customers find your business to collaborate. With a web application that is SEO friendly, your business has better prospects to generate more leads.

Since ReactJS supports both the client-side rendering and the server-side rendering, it becomes easier for the search engines to locate your web content and list it among the relevant search results. ReactJS is a highly recommended framework when you are looking forward to building an SEO oriented Web Application.

You Get Robust Support

ReactJS offers robust support with a strong community of developers around the world. Developed by Facebook, it has experts from Facebook and Instagram on board, which ensures reliable and robust support.

ReactJS is easy to learn which makes is very popular among the developers. It is based on JavaScript and has detailed documentation. This is one of the main reasons why most of the developers globally are looking forward to learning and working on the ReactJS framework.

ReactJS is open source and free of cost. As there are no hefty licensing costs attached to it, ReactJS is very cost-effective and can be useful for building a high-end web application for less, giving better ROI.

On one hand, you get native mobile applications that are consistent with the web applications, on the other hand, you also end up saving time, effort, and resources used in scripting code from scratch by reusing the code.

With these benefits offered by ReactJS, it is quite clear that ReactJS Development Services can help you boost your business in many significant ways, let us also check out why it is a good choice and how can you leverage it.

Why Should You Choose Reactjs Development Services for Your Business?

Now that we have discussed the benefits of ReactJS and what makes it a good choice for your next web application, it is also essential that you choose the right ReactJS Development company, which can help you leverage the true potential of this powerful framework to build the desired application for your business.

Thus it is important that you find the right ReactJS Development Service provider to make the best out of your project. 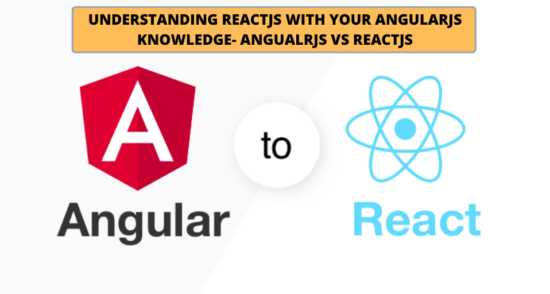 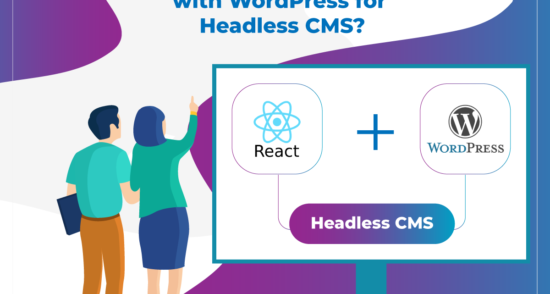