As a leading video production company across Bristol and London we know a thing or two about putting a great video together.

The steps behind making a great film are actually really simple, and over the years Here Now found that films always have three main stages; pre-production, production and post-production, with each stage being broken down into a number of other steps.

What is it? Pre Production is everything that happens before any filming has taken place.

This is where the clients have their first thoughts about what great could look like. It’s important to think about where the films will go and what you want to achieve with the film. Nothing too deep, just an overarching mission statement.

For small productions, a creative workshop could be as simple as a quick Zoom call to make sure everyone is on the same page, for larger productions the creative workshop is a perfect time for the whole creative team to get together and share ideas on what great could look like. Often, in creative workshops we will bring a mood board — a document that contains a number of visual inspirations of films we’ve seen and liked — we will also play a number of films that we think align well with what the production could achieve. These sessions are great as people can speak openly and freely about what they like and don’t like.

For some productions, we will write a script. This sounds fancy but in reality, it is a bare-bones document that mainly relates to what you will see and hear. Often we include what people may say but the words are just placeholders to allow you to visualize the film and for us to guide interviews. A script is a great tool as it allows the client to sign off on the film based on something that feels reel.

For some shoots, we require time to come in and have a look at locations to ensure that a) the video production is possible and b) that we are aware of all the best ways to set the production up. Seeing the location is especially useful for ensuring we don’t waste precious time on shot days.

Once we’ve got a sign-off on the story and shot list we can begin to put together an actual plan. For smaller productions, this can simply be a task of finding a good day that works for the team to film on, for bigger productions this will include organising accommodation, dealing with contributors, organising crew, hair and make-up, stylists, permissions and licenses, models, equipment rental, food, agents, and ensuring there is a precise running order for the days ahead.

For some shoots, we will need to arrive early to rig up sets, whether this is lighting ups or rails for cameras. This is saved for larger shoots and studio work.

Everything that happens during the actual video production day from interviews, staged scenes and pick-up shots.

The first thing we do when we return back from a shoot — other than back up the footage a hundred times — is sort through the footage to find the selects. Simply put, selects are all the shots we captured that we will consider putting the film. The reason we highlight all the selects is to help us save time in the long run continually sifting through the footage that isn’t good enough… the shot of the grass as the videographer was walking and accidentally recording, the perfect shot of the scene with the producer’s shoulder taking up half of the shot… things like that.

Over the space of a few days to a few weeks, we will begin to turn the collection of shots into a living breathing story for you and your brand. This process takes a long time as the video needs to ‘feel’ right, not just look pretty. The timing has to be perfect and we need to make sure we are telling the very best story with the shots we’ve got. We often involve clients in this stage and send them rough edits for early feedback. This ensures the edit isn’t going off-piste and allows us to work collaboratively with you in creating your perfect film.

We record films in a setting called Log, this sounds weird but what it means is that our cameras are set to a setting that allows us to capture ALL the information they are seeing. The result is that the footage we capture looks gray straight out of the camera. So the very last thing we do after editing the film together is edit the colour back into the footage. This takes us a couple of days. Think of it this way, editing a photo can take a couple of minutes… a film is thousands of photos.

Often the sounds in the films you see are actually added afterwards in a process called sound mixing. For brand films this is really present — just think of the aerial shot of people running on a race track, the drone can’t hear the panting and the footsteps. We add it all in afterwards and edit it in seamlessly along with the chosen music for the piece.

After the film is finished we offer 2 rounds of amends. Now, it’s really important to include as much feedback as possible in these two rounds of amends to stop the editing process from dragging on and costing you more money in the long run.

Many clients we work with come back over the months and years after the production to get new edits and amends to films as their marketing needs change. This is really common and is a super cost-effective way of keeping a fresh look across your brand.

To learn more about the types of video productions we deliver, why not check out the home page!!

See Next See Next
ed1 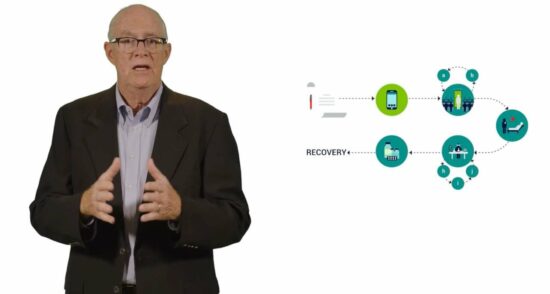