These days, everyone’s talking about DevOps. Our DevOps glossary cuts through the clutter, explaining only the core concepts you need to know.

Over the past few years, DevOps has rapidly gained in popularity. We hear news near-constantly about how organizations worldwide are being transformed with the help of DevOps, and how engineers are mastering the new profession of DevOps. But what actually is the definition of DevOps? Is it a methodology, a profession, or both at once? What’s the difference between CI and CD, or between IaaS, PaaS, and SaaS? How do DevOps and SRE relate to each other? And what other terms and concepts do you need to know to understand the language and meaning of DevOps?

DevOps Concepts You Need To Know — A DevOps Glossary

To answer the question, “What is DevOps?”, Dmitry Stepanenko, Distillery’s Head of DevOps, has prepared a glossary of core concepts and definitions you need to know. Our DevOps glossary cuts through the clutter, defining and explaining only the terms you really need to know, including:

What Is The Definition Of DevOps?

DevOps — As a Methodology

DevOps can be defined as a two-pronged methodology that includes a combination of philosophies, tools, and practices related to both software development (“Dev”) and IT operations (“Ops”). It is intended to accelerate the delivery of software products. With increased velocity, organizations are able to reduce their products’ time to market and thus better satisfy the needs of their customers. The DevOps methodology relies on a culture of collaboration between people who have historically operated in separate organization silos — the development and operations departments. Now, all together, they are the “DevOps” team.

DevOps — As a Profession

DevOps can also be defined as a profession. A DevOps engineer is a person responsible for both the reliability of the software product (the “Ops” part) and the high pace of the product’s development (the “Dev” part). DevOps is a multidisciplinary role that includes a wide range of duties previously performed by distinct individuals: system administrators, release engineers, and software developers. DevOps engineers implement continuous integration (CI) and continuous delivery (CD) processes, automate software build and deployment routines, and manage either on-premise or cloud infrastructure.

According to Ben Treynor Sloss, Google’s VP of engineering and the founder of the Site Reliability Engineering term, “SRE is what you get when you treat operations as if it’s a software problem.” SRE can be defined as a more opinionated and prescriptive way of doing DevOps — a way pioneered by Google. (For a more detailed description of the relationship between DevOps and SRE, please refer to The Site Reliability Workbook.) Thinking in terms of programming languages, an SRE is a concrete class that implements a DevOps interface. (See also this video with Seth Vargo and Liz Fong-Jones: “What’s the Difference Between DevOps and SRE?”)

CI And CD — The Backbone Of DevOps

Continuous deployment, also known as CD, is the superlative form of software development practice. It extends the principles of continuous integration and continuous delivery to the extreme. The software isn’t just ready to be released to production at any time, as in continuous delivery. It’s actually being released as soon as any change is produced by the developer, usually multiple times per day.

TDD And Microservices — The Development Side Of DevOps

TDD dramatically reduces the risks of software bugs associated with each individual release, making it possible to confidently release product quickly and often.

Microservices are an architectural approach in software development. They structure complex applications as a collection of small, loosely coupled services. Unlike the more traditional monolithic architectural approach, microservices allow for the development of large, complex applications by small, autonomous teams following the two-pizza rule. Microservices and DevOps perfectly complement each other, because it is much easier to build the continuous delivery pipelines for independently developed, tested, and deployed microservices than to configure a continuous delivery pipeline for a large monolith with one stroke. Moreover, small, independent teams can deliver faster and be more Agile than their larger counterparts.

Virtual machines are emulations of the physical computing machine. The widespread proliferation of virtual machines was preceded by a long history of research and development that began with the work on the IBM CP-40 operating system in 1964. In the 2000s, virtualization products such as VMware and VirtualBox revolutionized software development, significantly accelerating computer machines’ provisioning time and thus greatly simplifying the job of IT operations. Virtual machines reduced the typical time required to provision a computing resource from several days (the minimum required to approve a purchase and buy, mount, and configure new hardware) to several seconds.

Infrastructure as a Service (IaaS)

Infrastructure as a Service, or IaaS, is the delivery of computing resources such as data storage, networks, and virtual and physical computers to end users via a service model. Examples of IaaS include Amazon EC2, Google Compute Engine, Azure Virtual Machines).

Platform as a Service (PaaS)

Platform as a Service, or PaaS, takes IaaS one step further. Instead of provisioning and managing low-level blocks of the underlying infrastructure, PaaS allows consumers to deploy and run applications on the managed platform. PaaS completely eliminates system administration tasks such as configuration management, capacity planning, software updating, and security hardening, allowing users to focus solely on software development. Examples of PaaS include AWS Lambda, Google App Engine, Azure App Service, and Google Cloud Functions, which can either be considered as examples of PaaS or of a somewhat specialized kind of PaaS, Function as a Service (FaaS). AWS Lambda and GCP Functions are also known as serverless runtimes.

Software as a Service (SaaS)

Software as a Service, or SaaS, is a method of software product delivery to end users over the internet and via pay-as-you-go pricing in which the software is centrally hosted and managed by the service provider. Unlike IaaS and PaaS, SaaS is a complete software product available to end users. Examples of SaaS include Gmail, Slack, Jira, and Salesforce.

A Docker container is a software package that bundles the application source code and all required software dependencies into one unit, ready to be immediately deployed in any environment. Docker technology relies on OS-level virtualization, in which containers share the same operating system kernel. Docker containers are similar to traditional virtual machines. Unlike virtual machines, containers induce much smaller performance overhead, thus offering greater efficiency.

Kubernetes (from Greek κυβερνήτης, meaning “captain” or “helmsman”) is an open-source system for automating the management of containerized applications. The Kubernetes project was announced in mid-2014 by Google’s programmers. It is heavily based on Google’s internal project, a cluster management system called Borg.

Infrastructure As Code — The Confluence Of “Dev” And “Ops”

Want to read more about DevOps? Check out our quick-start guide to Getting Started with Kubernetes on AWS and the Top 5 Business Benefits for DevOps Implementation! 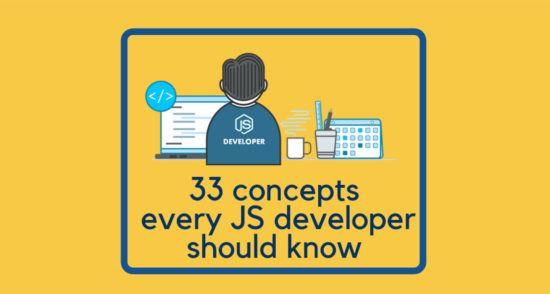 33 Concepts Every JS Developer Should Know 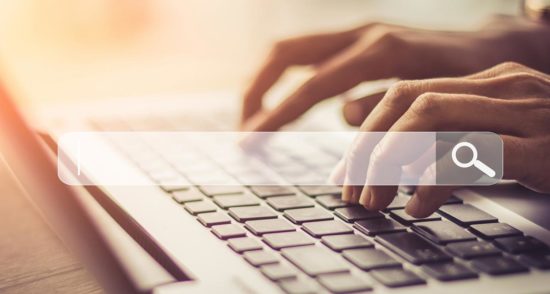 Everything You Need to Know About SEO in 2018 and Beyond