Neuromarketing is a new field of study that arises from the merger of two disciplines: marketing and neuroscience.

Neuromarketing is a new field of study that arises from the merger of two disciplines: marketing and neuroscience. More specifically, it applies the methods of neuroscience to study the responses of the human brain to marketing stimuli. The objective of this convergence is to offer a deeper understanding of the often unconscious forces that shape our decision-making processes.

In fact, Neuroeconomics stems from the insights of Israeli psychologists Daniel Kahneman and Amos Tversky, winners of the Nobel Prize for economics thanks to their “Prospect Theory”. The general assumption of their thinking is that, unlike what is affirmed by the traditional economy, humans are not strictly rational animals, but rather they act under the impulse of automatic and often unconscious brain processes, independent from the conscious will.

The first academic Neuromarketing research work was conducted by Read Montague, professor of Neuroscience at Baylor College of Medicine in 2003, and published in the journal Neuron in 2004. This famous research aims to compare consumer preferences between the two main brands in the beverage sector: Coca-Cola and Pepsi.

This study revealed that different areas of the brain were activated when people were aware of the brand they consume or not. The activation of two distinct neural systems that generated preferences emerged: when the senses guided individuals in the preference of the beverage (blind test), brain activity was recorded in areas that process hedonic stimuli. When the beverage brand was known, however, the neural system activated involved areas related to self-assessment and pleasant emotions.

We can conclude that the consumers’ behavior was not guided by the characteristics of the product, but by the experiences they had shared with the brand and the emotions caused by years of advertisements.

This study based on Neuromarketing techniques has allowed us to explain how a brand is, in fact, capable of influencing consumer decision-making. By studying brain activity, marketing experts can understand what consumers want without worrying about whether they are lying or feeling influenced by others’ opinions.

“Over 30% of Fortune’s 100 brands are using Neuromarketing for strategic research – confirms Martin Lindstrom, one of the world’s leading experts in Neuromarketing – Neuromarketing has shown that today it is no longer necessary to sell products, but rather to seduce customers”.

The main methods of collecting biological data in Neuromarketing are:

As we have seen, Neuromarketing is a powerful methodology that marketing experts use to deeply comprehend the processes behind consumers’ behavior and preferences. In everyday research, Neuromarketing is used in combination with traditional marketing methods such as questionnaires and focus groups; however, the end goal is always to achieve a better understanding of what people love and why.

Nugno is a Branding & Digital Design studio. Founded and run by strategic branding & digital design experts that shares a love of innovation, design and digital connection.

We create strategy and design with production across all platforms. We’re masters of brand identity and on point with websites and apps. Our skills extend to designing books people want to read and environments they feel comfortable in. We also create engaging motion design and much more. 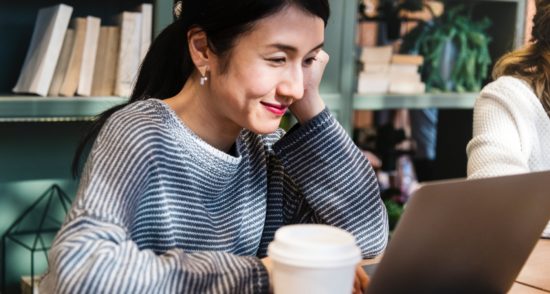 How Users Read on the Web

How Users Read on the Web