This article is about knowing why flutter is a trustworthy solution for app development.

This is the age of the mobile application. There is an application being developed or has been developed for virtually all human functions from diet tracking to note keeping to an application for building apps. While developers want to build applications for both iOS and Android giving them a native user experience, with mainly iOS and the App Store being their target audience, they don’t want to miss out on the large Android users out there. This is where cross-platform mobile app development comes handy. It helps in building an application for different types of platform in one go.

By using the same base code for iOS mobile app development for a myriad of mobile platforms, saves the developer’s precious time by not having to write the same function in a different language and for a different platform. Cross-platform development has a shorter build to market time frame thus enabling faster application delivery.

Time is money. While saving a lot of time during iOS mobile application development and testing it and with a single code base you can save a lot of money and thus cost of production is saved.

Why Should You Choose Flutter for iOS Mobile Application Development?

Well, the obvious answer to this question is that it is a cross-platform application framework and you have already seen a huge number of benefits above. But, why choose Flutter when there are a number of cross-platform mobile application development framework available in the market? Flutter is very efficient and has gained popularity in the iOS application developers community for the same reason. There are various other reasons for developers to choose Flutter over others, such as:

Flutter gave the concept of fast-paced mobile application development a new lease of life. A number of other cross-platform development networks use different compilers to compile code for different iOS platforms. Flutter uses Dart programming language dynamic scripting for compiling and interpreting the code. Dart programming language compiles the application code down till the native OS code. This enhances the reloading thus increasing the pace of programming applications.

Flutter doesn’t use the native components of an OS platform to build a user interface like other cross-platform frameworks. It is highly capable of making its own user interface which can be used across multiple OS platforms. The various other cross-platform frameworks are partial with UI rendering by leaving out certain features and components. Flutter differs in this aspect. It renders the application to all the OS the way it was built and the way it was intended to.

One of the biggest advantages offered by Flutter is its built-in testing feature. It uses Dart which is capable of the support unit and widget testing. Unit testing is used to test business logic and widget testing to test the functionality of the UI. Thus, Flutter does away the need to add additional tools and plugins for testing.

Apple emphasizes great importance on continuous delivery and integration. Thus Apple was using Xcode server for the same. A number of iOS developers complained that the Xcode server was not scalable enough when it came to large projects and was not efficient. This is where Flutter weaves its magic with high scalability along with faster integration and delivery.

High productivity is one of the key performance enhancing factor in a business. Flutter does not require the programmer to recompile the code every time changes are made. The change is visible immediately after it is saved. This increases the developer’s performance considerably. Flutter doesn’t require Gradle, which is used to develop iOS mobile apps and is known to slow down the development cycle. Flutter connects the designers and developers and facilitates easy collaboration.

Google Flutter has now tied up with Never code to provide Codemagic CI/CD solutions. Codemagic is a CD solution which can develop, detect, test and package the applications built using Flutter without the need for any configuration. This increases the scalability of the application and makes quick integration for large applications.

Since Flutter is relatively new to the world of iOS application development, there is still a lot of scope for its development and features enhancement But it is definitely immense for startups.  Increased performance, easy integration, quick app building, great UI and reduced costs are some of its features which draw the startups developing iOS mobile application towards it. And Flutter never fails to disappoint and that is its biggest advantage.  The robustness, versatility, and efficiency offered by the Flutter definitely make it a winner in the development world irrespective of its time in the market. 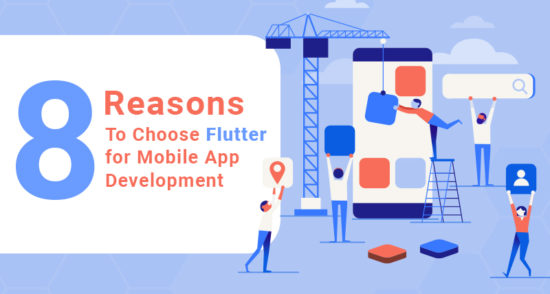 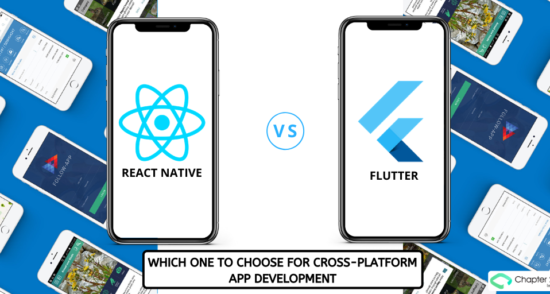 React Native vs Flutter: Which One to Choose for Cross-Platform App Development?