Social media has changed over the decades since the technological revolution. From the days of Myspace and Hi5 we have witnessed such a shift in the social media landscape. Facebook has become the dominant player and has changed society, for better or worse, due to its addictive potential.

You’re going on the road, walking around, you reach for your phone and bang! You turn on data and you are instantly connected to millions of other persons. If anyone had told you 20 years ago that we would have what we have today in terms of technology you would think it was completely impossible.

Some 15 years ago, social media was something unheard of, nobody knew what it was, even facebook (believe it or not) wasn’t created. So how did we evolve so much in such a little timeframe? There’s a very simple answer to that, technology!

In the beginnings of social media, we had platforms like MySpace and Hi5 dominating the market, at the time this were the websites that usually received more visits, but the concept was far from

what it is today. When Facebook came along (and I’m not talking about when it was created but when it started to gain relevance in around 2008) a lot of people started to “migrate” their social accounts in other social media sites to this one. Packed with a nice user experience concept and a very intuitive framework, it quickly gained relevance, specially with the younger crowds, who saw an opportunity to be connected with their friends and to distract themselves from the real world. In 2008 we were facing an economical crisis like never before (it was a rough time, especially for bankers, many of them committed suicide when they saw their life savings evaporate) and people needed to distract themselves and they kind of saw facebook as an escape goat.

But what made Facebook stand out from the rest?

Because Facebook, unlike its closest competitors, always had vision and tried to stay on top of things. Facebook gave its crowd something the others don’t, it gave the users the possibility of being whoever they want to be, it gave them an escape goat from their real lives. If you think about it, the human being is almost never truly satisfied with their personality or with some aspect in their lives and in Facebook you can be the way you envisioned yourself to.

This is a basic marketing strategy, that was for so long overlooked by its closest competitors, by centring their efforts in giving people what they always desired to be. Why do you think there are so many studies indicating that people are normally the total opposite of what they show in their online profile? It’s because people aspire to be something they normally aren’t. The ability to connect to the internet everywhere with the proliferation of the smartphones, it only made Facebook stronger by the numbers, reaching total new heights. If you think clearly, when someone is down and need a boost from their friends what do they normally do? They post something on Facebook, in an effort to capture the attention of their friends and receive approval (in the form of likes and comments) from them, it’s like an energy booster. And, normally, what are energy boosters made of? Caffeine, which is an addicting substance, and…you know where I’m going with this. The constant addiction to stay connected and available at all times has dominated today’s society and Facebook is probably the biggest contributor to that.

In recent years we have been hearing more and more about the possible downfall of facebook and the next big platform that can come to replace it, but its all rumours without any research behind it. When facebook feels that their domination is under threat by another company, they normally “buy” it! We all saw what happened to Instagram back in 2012 when Facebook bought the platform for 1 Billion, and reportedly it was one of the biggest moves made by Zuckerberg, as stated in Business Insider. When Facebook tried to acquire snapchat, but without success, they didn’t felt sorry about themselves, they centered their efforts in trying to capture Snapchat main target by implementing some of snapchat’s main functions in Instagram, resulting in a loss of market share by Snapchat.

The amount of data that Facebook stores about their users is growing by the day, and people don’t seem to worry about supplying all their private information to the big corporation. The notion of privacy is very different from what it was back in the day, now people try at all costs get their “15 minutes of fame”.

Then there are the brands who are obviously taking advantage of this platform to reach their customers. Never before has been this easy and cheap to reach their target audience with so little (despite the fact that Facebook has been limiting the reach of posts from brands the last few months, trying to increase the use of ads by them).

It seems like whatever the others do, Facebook has already done it or has the power and resources to do it, so the real question here is, are we witnessing the “beginning” of a reign that will still last many decades in the online world? 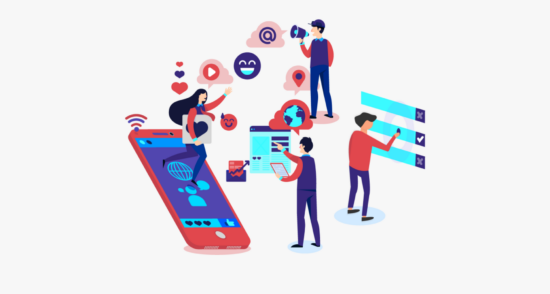