E-wallet services are growing which led to a competition among service providers, yet a wonderful chance for consumers to enjoy benefits.

Thanks to great convenience in transactions, e-wallet services are growing in daily purchases all around Vietnam. This has led to fierce competition among service providers, and a wonderful chance for consumers to enjoy various benefits. In the article below, we will let you know what is ZaloPay and the heating battle of super apps in Vietnam.

What Is a Super App?

A super app is a powerful app that incorporates many functions and features, from social networking and e-commerce to goods delivery, and e-payment.

For users, the advantages are also huge. Because of increasingly busy lifestyles, Vietnamese consumers are now willing to pay more for services and products that offer them convenience.

Nowadays, you can see the rising popularity of 24/7 convenience stores, online shopping sites, and home delivery. As a result, the super app, or all-in-one app, is likely to be welcomed. Now, users can access multiple services such as ride-hailing, food delivery, and messaging within one single application.

For developers, attracting new users and retaining existing users in super apps can bring in extra cash and a diversified source of income. App providers also have a good chance to make a greater impact on the everyday lives of consumers as well as target a broader range of potential users.

Another advantage of the super app is the massive database from the collection, analysis and use of users that used for advertising. For example, social media platforms like Facebook collects user data for advertisements.

ZaloPay is a mobile payment application with use cases for daily life and business needs launched in 2017. In fact, ZaloPay is built on top Zalo, the most popular messenger app in Vietnam which was launched in 2012, with more than 100 million users worldwide in 2019. Hence, ZaloPay can take advantage of Zalo’s large database and reputation brand to acquire new users.

This mobile wallet also enables electronic payment for bills such as electricity, water, internet and TV as well as money transfer via QR code and connection with bank accounts for cash withdrawals or recharge.

Especially, during the COVID-19 pandemic, ZaloPay has a sudden growth with an estimated growth rate of 36%. Truong Cam Thanh, ZaloPay Director said:

“ZaloPay recorded strong growth in money transfer and purchase transactions. The reason is that when implementing social spacing, limiting exposure, the demand for online shopping increases sharply. Other partners such as chains of food stores, supermarkets, etc. instead of direct sales, also switch to online sales.”

What Is the ZaloPay Value Proposition?

ZaloPay’s biggest value proposition versus its competitors is familiarity, trust, and convenience in setting up. Since many already use Zalo for messaging, it is both easy to adopt ZaloPay (no additional registration needed).

It invokes greater trust in the product, which is extremely important in the e-wallet industry and super app platform.

On top of that, they also offer instant cash out the capability to any linked bank account. While using ZaloPay, users can link to multiple bank accounts. It is important for consumers and differentiates them from other wallets such as Grab.

Take the Grab-Moca episode in October 2018 for example, when Grab migrated their users over to Moca. Many users can’t access their wallets. The reason is that a KYC process was not well communicated, resulting in what must have been a huge hit to their user base.

Grab already has a large user base. Therefore it is also probably easier for ZaloPay to negotiate partnerships with companies and bring more variety, or increased, use cases to the platform.

The Rise of “Super Apps”

The battleground for being Vietnam’s top super-app is set, the players in full form with funds from international giants pouring into the indigenous startups. Undoubtedly, the Super App has become one of the biggest influences on mobile-service startups worldwide.

A report found that since the outbreak of Coronavirus, the total number of non-cash payment transactions in Vietnam via the State Bank’s finance switching system increased by 76 percent compared with the same period last year.

Super Apps and The Heating Battle In Vietnam

After taking the country by storm with their ride-hailing apps, the likes of Grab and Go-Viet have unveiled their ambitions of transforming into providers of multiple on-demand services.

Read also: How to build an App like Uber: Cost, features and tech stack

As for Now.vn, the platform doesn’t share exact numbers. But this super app is Vietnam’s food delivery leader in terms of daily orders. Now.vn is a brand owned by Foody, a leading culinary media and restaurant listing platform in Vietnam.

Moreover, the food delivery market has been boosted by e-commerce and become fiercely competitive and efficient after Grab Vietnam ventured into food delivery with GrabFood. According to a report by Havas Riverorchid, “GrabFood is the fastest food delivery service in Viet Nam” with about 80 percent of customers agreeing.

With the ambitions to become super-apps, Go-Viet still doesn’t have e-wallets of their own. Grab has Moca, Now has AirPay and Zalo has Zalo Pay.

Grab also launched a strategic partnership with Vietnamese e-payment firm Moca, launching its first e-wallet system, GrabPay by Moca. Other services include micro-loans and insurance, also in collaboration with third-parties.

Meanwhile, Now.vn is cooperating with AirPay, a digital wallet provider. And Zalo has also jumped on the bandwagon by integrating payment platform Zalo Pay.

In the space, M_Service’s MoMo mobile payment app is the undisputable leader with an estimated 10 million users, and Vietnam’s favorite e-wallet, according to a recent survey conducted by Viet Nam News.

Read also: Fintech | The Rise Of Super App In Asia

“In addition to free social networks, they have begun to pay attention to incorporating electronic services for their daily needs. From ride-hailing to food delivery, it comes with safe and convenient non-cash payments.”

However, competition is heating up in the Vietnamese mobile payment market and super app platform with new players like TrueMoney entering the market. Yet, one of the biggest threats might actually be coming from foreign tech giants.

AgileTech could help you build your own Super Apps platform with:

Moreover, AgileTech is building 02 Super Apps with huge customer ecosystems about Travel and Young adults (under 30). Promoting your mobile app will help you:

Our dedicated software development team is ready for your custom requirements. You can contact us at [email protected] or via (+84) 936 281 059 for more information. Get in touch if you want to learn more!

See Next See Next
AgileTech Vietnam 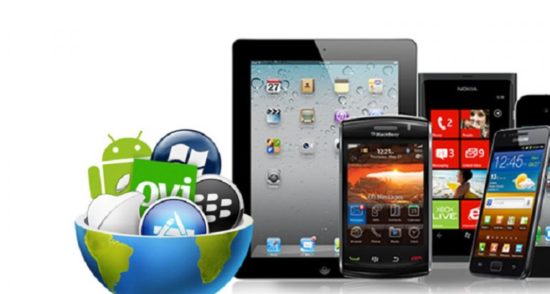